CHANGES After 22 years with the Mt. Lebanon Police Department, police officer Chip Sanders retired last month. For many years Sanders, was the face of the department’s traffic unit, working on driver education, safe walking routes, commercial vehicle inspections and other traffic matters. “He was our go-to guy on all issues traffic,” says Police Chief Coleman McDonough. “He will be missed.”

This winter, Sam Smolarek, a former city of Pittsburgh officer, joined the force to replace an officer who retired last year. Smolarek has a B.A. in criminal justice from Mercyhurst College and is a U.S. Marine Corps Officer Candidate School graduate. As with any new hire, Smolarek will complete several months of field training with another officer before patrolling on his own.

In Mt. Lebanon, police officers generally serve three to four years in patrol before they are eligible for a specialized unit assignment—investigations, traffic and crime prevention. For consideration, an officer needs to demonstrate a true commitment and interest—for instance seeking out special training classes and seminars—and demonstrating an aptitude in that area while working patrol.

An officer will remain in the specialized unit about five to six years, although this can vary based on the officer’s needs as well as those of the department. Appointments are staggered to avoid losing all the experience at once. After being taken off a unit, the officer returns to patrol, taking with him the knowledge he or she accumulated while in the specialized unit—knowledge that is then passed on to new recruits. Police Chief Coleman McDonough says rotating officers in this manner serves as a recruiting tool. “The majority of departments in Allegheny County don’t offer this kind of opportunity,” he says, adding that the rotation method also makes the department stronger. “The officers look at things from a different perspective and it creates more well-rounded officers.”

CAN YOU HELP? The Mt. Lebanon Fire Department is seeking residents to lend a hand during emergency situations. Residents who volunteer for the Community Emergency Response Team will be called on during natural disasters—such as a tornado or an epic snowstorm—to provide shelter, shuttle people to shelters or help at the emergency operations center by taking notes or answering the phones. Volunteers also can help at special events, such as ULTRAparty. “The response team is for situations where we are overwhelmed,” says Fire Chief Nick Sohyda. Volunteers will undergo 16 hours of training, including first aid and CPR. If you would like more information or are interested in signing up, call Chris Buttlar at 412-343-3402. 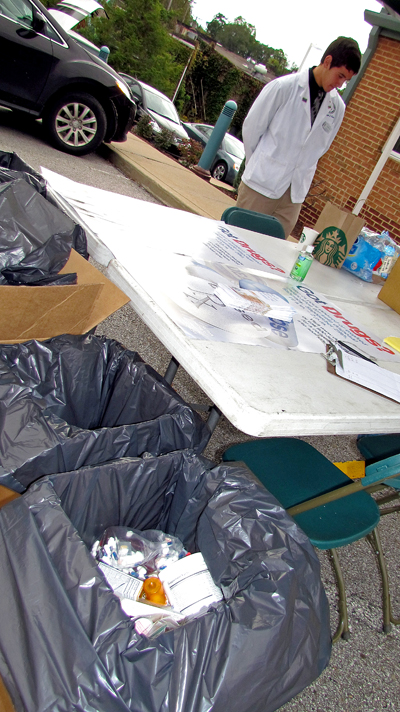 DRUG TAKE BACK DAY It’s spring cleaning time! Don’t forget to give your medicine cabinets a good cleaning and bring any expired prescription and over-the-counter drugs to the U.S. Drug Enforcement Administration Drug Take-Back Day 10 a.m. to 2 p.m., Saturday, April 27, at the Medical Rescue Team South headquarters, 315 Cypress Way. The DEA will collect the drugs and dispose of them in an environmentally friendly, safe manner. Last fall’s event brought in 315 pounds of old drugs. Call 412-343-4068 with questions.

RESIDENT INPUT WANTED The Mt. Lebanon Fire Department invites residents to attend a focus group to provide input into the future direction of the fire department.  The fire department currently is updating its five-year strategic plan and would like to know  about your emergency and non-emergency service needs and expectations. The focus groups will be held 7 p.m., Thursday, April 4, and Tuesday, April 30, in the second floor learning center of the Public Safety Building, 555 Washington Road.