Tune into a retro TV station on cable, and you may come across shows like Adam-12 or Emergency!—shows that featured a two- or even a three-channel radio in a patrol car, or EMTs who, through the magic of radio, could receive instructions from a hospital-based doctor right there in the ambulance! Stuff that was pretty cutting edge at the time. But just as journalists today get a chuckle at portrayals of newsrooms filled with cigarette smoke and punctuated by the clacking of typewriters, police officers and medics can look at these old TV programs to see what emergency service was like before technology came to the rescue.

Computers in police patrol cars connect to databases that provide officers immediately with driving records, criminal records and other information it used to take much longer to obtain. An officer who sees a traffic violation turns on his siren and light and typically has reliable information about the driver and the car before he approaches.

Then, instead of pulling out the ticket book and pressing hard enough to make three carbon copies, the officer can generate a traffic citation by scanning an offender’s driver’s license, inputting the data and printing a copy, all without leaving the patrol car. The new system cuts down on repetition if a driver is being cited for multiple violations by saving all of the data simultaneously.

“Speed complaints, whether perception or reality.” If a number of speeding complaints come from a specific area, the department now has a pole-mounted recording device that can track average speed, peak volume and all of the other data used to determine if the situation warrants a traffic study. Previously, this information had to be collected by detailing an officer to spend time on the scene. Using the recorder frees up an officer for other duties. 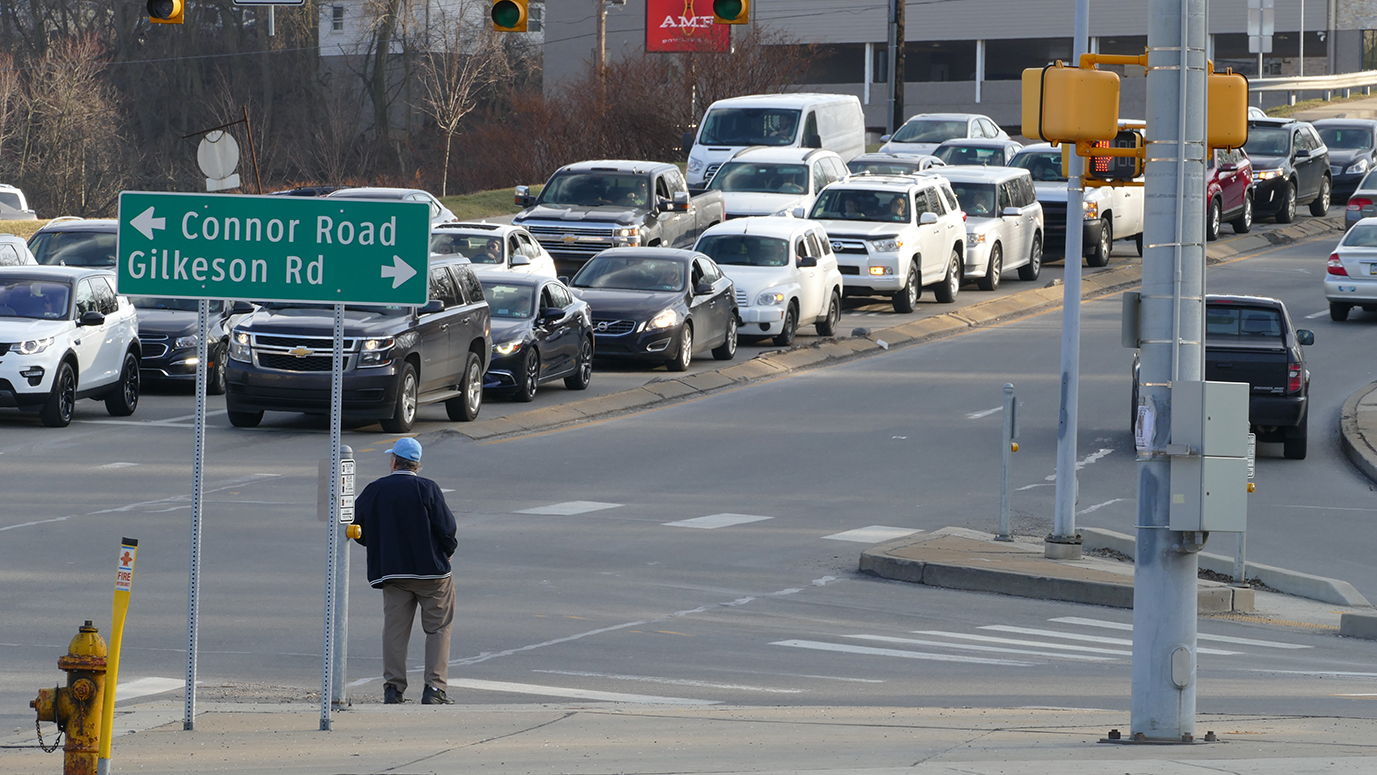 Last year, the department upgraded its speed-limit enforcement with the purchase of an ENRADD (Electronic Non-Radar Device). The ENRADD measures vehicle speed and transmits the information wirelessly to an officer who can be stationed up to 1,000 feet away. The officer can then either pursue the speeder or radio ahead to another patrol car.

Surveillance cameras are an increasing part of the technology landscape.

Police make frequent use of private surveillance cameras in stores or malls to aid in investigations. “Say someone steals your credit card,” says Lauth. “Your statement shows a purchase at a store you didn’t go to. Since the date and time of the purchase is recorded, detectives can review the store’s camera footage and maybe get a look at the person using your card.”

Mt. Lebanon is one of several municipalities that will receive community surveillance cameras, paid for in partnership with the Allegheny County District Attorney’s Office. The cameras, one of which already is in place at the Connor/Washington intersection by The Galleria, will be installed in several key spots around town. Though some cameras can be used for traffic enforcement provided strict rules are met, that is not the intent of these cameras, which will not be monitored live.

Lauth views them as a preventative tool and a “force multiplier”—extra eyes in places where officers may not always be. “If people think they might be caught on camera, they generally tend to behave better,” he says. The cameras could enhance investigations.  For example, if someone committed a crime and is thought to have passed through town, police could review video footage and perhaps get a license plate.  “Video evidence is ideal,” Lauth says.

Mt. Lebanon’s membership in the South Hills Area Council of Governments (SHACOG) gives it access to a DJI Phantom 3 Professional drone, which is owned by SHACOG’S Technical Rescue Team (TRT).

The drone, purchased in December 2015 for around $1,200, can provide an overhead view of a technical rescue incident, fire and car crash scenes and can assist in searches for missing persons. It’s programmed from an iPad and has a Panasonic 4K digital camera with video capability. In one recent deployment, the drone was dispatched to give Baldwin and Pittsburgh firefighters a bird’s eye view of a brushfire which encompassed both jurisdictions.

The drone is housed in Mt. Lebanon, at the Public Safety Center. Deputy Chief Rodger Riccuiti, who is also an Assistant Chief with the TRT, says whenever a SHACOG member department requests the drone, Mt. Lebanon will dispatch it along with a spotter and an operator.

SHACOG is trying to secure a grant that would add forward-looking infrared radar (FLIR) to the drone that would extend its use by enabling it to work in darkness. Ricciuti says the team is also looking to add the capability for two-way communication, to enable rescuers to talk with victims who are trapped in hard to access places.

In October, MRTSA upgraded its cardiac monitors from Lifepak 12 to Lifepak 15. “When I started here in 1986, it was Lifepak 5,” says Todd Pritchard, MRTSA director. “Then we went to 10, and two versions of 12.” 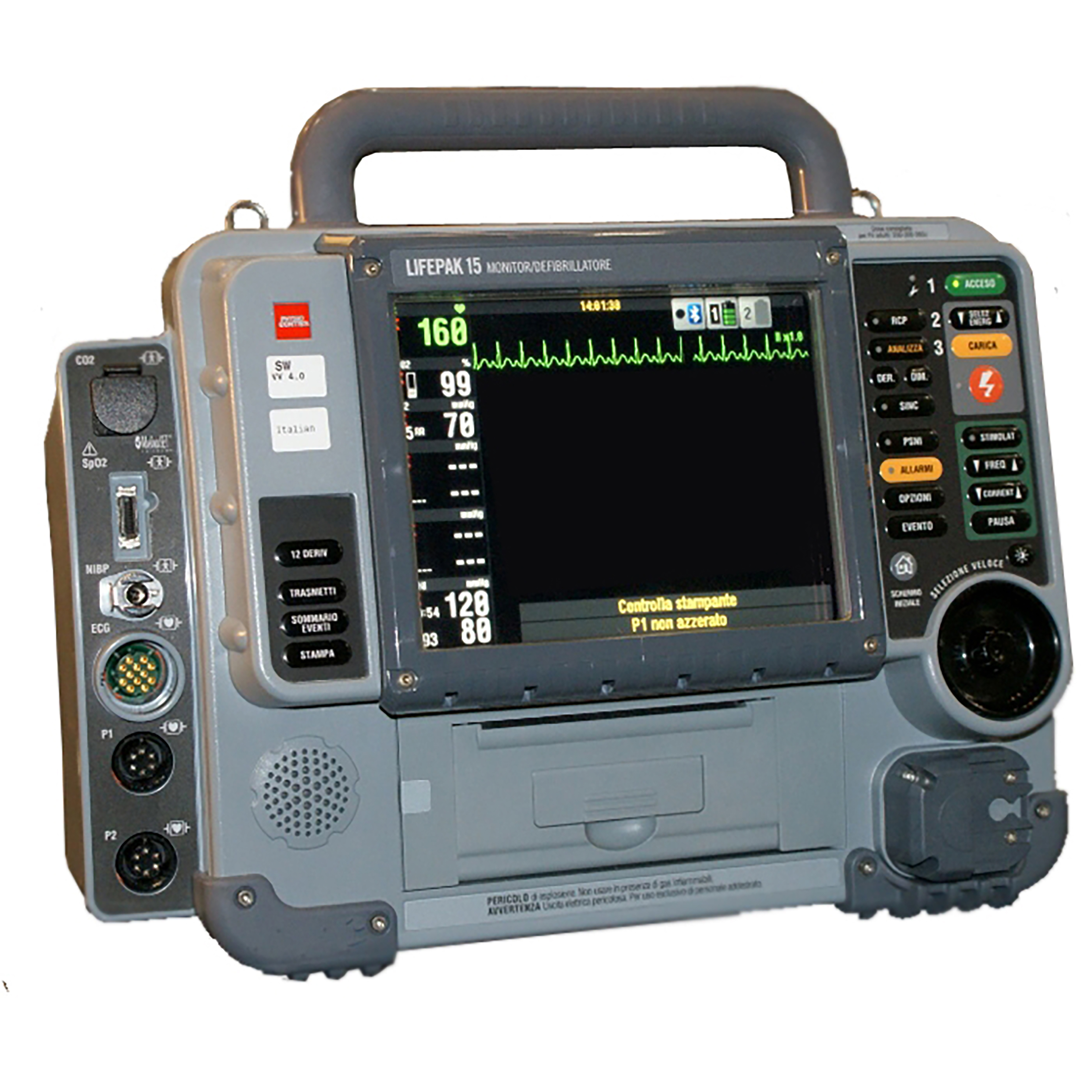 The most current Lifepak, which costs about $32,000, has a defibrillator, an external pacemaker and a 12-lead EKG that can diagnose heart attacks in the field and transmit the data to the hospital. “We can send the EKG to the hospital so they can activate the cardiac catherization lab before we even get there,” says Jesse Siefert, deputy chief of administration and technology.

MRTSA created Siefert’s position in 2012, to have a point person to help the authority stay current with the ever-changing technological developments in emergency care. He also serves on the Technology Committee of the Allegheny County EMS Council. “We collect all the data in near-real time, and that helps the hospitals,” Siefert says. “We’re becoming a point-of-sale society. That includes patient care.”

Pritchard says that using technology on the scene and in the ambulance can trim as much as 25 minutes off the critical “door to balloon” time—the time it takes from entry into the ER to receiving heart catherization, a key factor in patient survival.

Another major tech upgrade the medics have recently is the Smart Stat Patient Simulator.

A $20,000 grant from Columbia Gas enabled the purchase of this training tool, which allows EMTs to practice for situations they may encounter in the field.  The simulator manikin is equipped with a circulatory system, variable blood pressure, a range of heart and lung sounds, all controllable by evaluators using an iPad.  “We can program hundreds of scenarios,” says Pritchard.

The manikin’s computers and monitors provide feedback so emergency responders can know if their intubation is helping the patient breathe or whether their catheter insertion missed the mark. The medics can insert liquids that will simulate bleeding or lung fluid. Trainers can program the manikin remotely and set up a video link to monitor the trainee’s progress. All results can be saved into the program to streamline performance critiques.

Like most other businesses and organizations, first responders are using technology is in the area of social media. 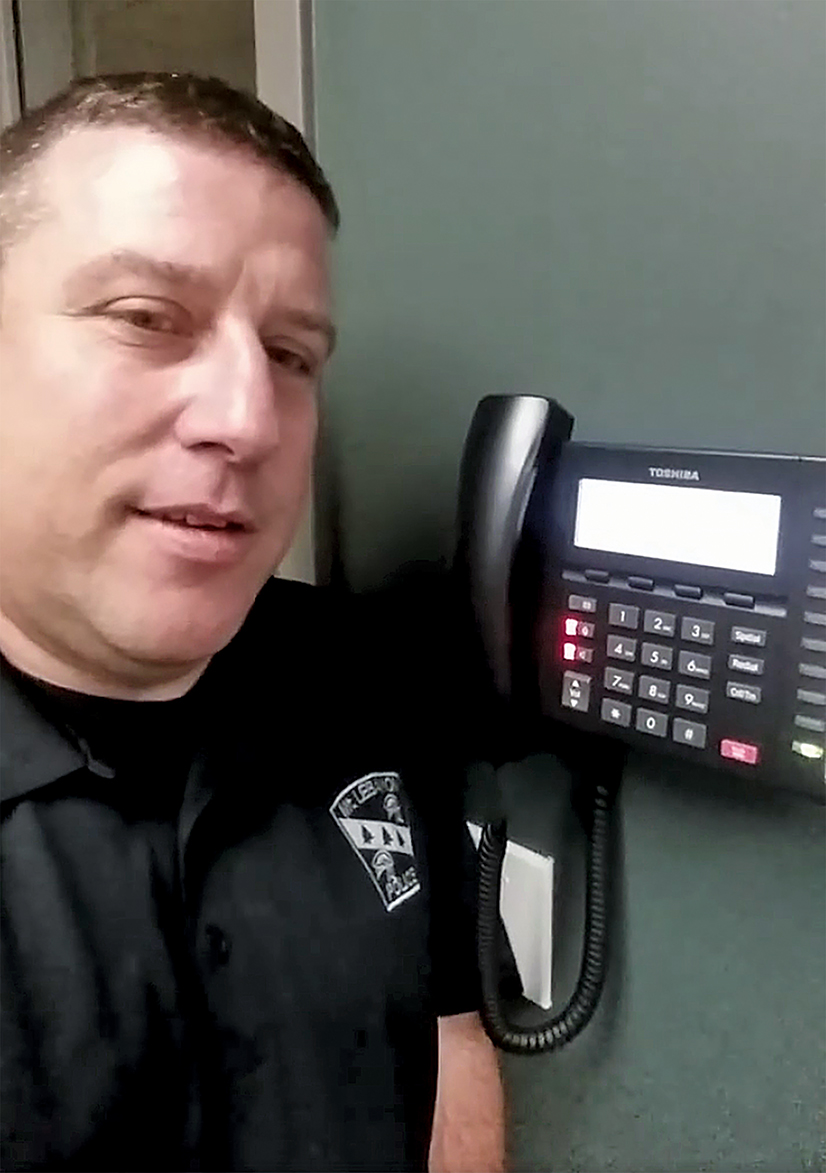 Fisher attended a social media class for public safety officials that covered, among other topics, how to increase the reach on social media. In the past 18 months, he says the department has increased the number of people the department reaches through social media from 1,000 to 2,000 people to a range of approximately 5,000 to 10,000.  Most popular by far was a Facebook post where Fisher shared a short, humorous crime-prevention video about a scam involving fake utility workers demanding payment and threatening shutoff. At the end of the video, Fisher put the scammers on speaker phone, listened to their pitch and then thanked them for participating in the video, resulting in some language from the scammers that had to be edited out.

Siefert, who oversees MRTSA’s website and social media, has used it to increase membership among other things. Since 2014, when the authority made it possible to sign up for membership online at www.mrtsa.com, the number of people signing up that way each year has doubled.