Back in the March 2015 issue, I suggested 10 family-oriented movies that could be enjoyed by both children and adults. With Halloween right around the corner, it dawned on me that one of the films I recommended—2009’s Coraline—would make for an excellent movie-night pick this month as everyone’s looking to watch something a little dark and creepy in October. Seemed like a good time for another list! So here are 10 more family movies worth seeking out, these all perfect for the Halloween season. They’re packed with enough ghosts, monsters and mayhem to thrill you and your kids. 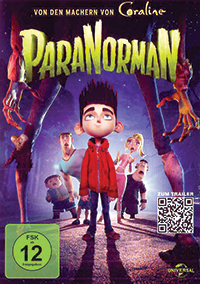 PARANORMAN (2012, PG)
Speaking of Coraline, ParaNorman hails from the same production company. This stop-motion animated film has everything you could want from a Halloween movie —zombies, witches, an evil curse—but packages them into a kid-friendly story that promotes tolerance and understanding. The character design is outstanding, and adult genre fans will enjoy spotting all the clever horror-film references sprinkled throughout the movie.

MONSTER HOUSE (2006, PG)
Executive produced by Steven Spielberg and Robert Zemeckis, this animated horror-comedy sometimes feels a lot like the adventure films the two used to make back in the 1980s. The story focuses on a creepy old house that three neighborhood kids expect might be haunted but turns out to be literally alive. There aren’t monsters in the house. The monster IS the house. Monster House uses the type of performance-capture animation that Zemeckis was obsessed with for a while (see also: The Polar Express, Beowulf) and ended up being one of the better films to utilize it. 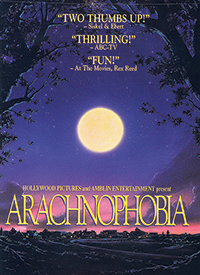 ARACHNOPHOBIA (1990, PG-13)
If you’re terrified of spiders, it’s probably best to skip this one. Otherwise, there’s fun to be had with this thriller about deadly arachnids that invade a small town. The film is a bit of a throwback to creepy-crawly horror films of the 1950s, and the cast, which features Jeff Daniels, John Goodman and Julian Sands, is a lot of fun. The directorial debut of Indiana Jones producer Frank Marshall, Arachnophobia, like Monster House, also was produced by Spielberg, who must really dig these kinds of movies. 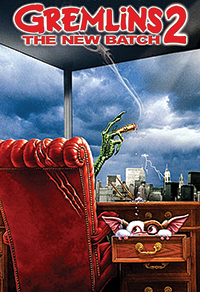 GREMLINS 2: THE NEW BATCH (1990, PG-13)
This sequel to the 1984 hit bombed when it was released six years later, but make no mistake: The New Batch is smarter, crazier and just plain more fun to watch. This go-round, the little buggers terrorize a technologically advanced (for 1990 anyway) New York skyscraper that houses, among other things, business offices, a television studio and a top-secret laboratory where Christopher Lee is conducting bizarre genetic experiments. The original was dark enough that parents’ complaints over its PG rating led to the creation of the PG-13 designation. The sequel (despite having that PG-13 rating) is much lighter, as director Joe Dante seems more interested in slapstick and satire than he is scaring anybody. The film even gets meta, as characters question the plotting of the first movie and the film reel of the very movie you’re watching is sabotaged by gremlins at one point. Lee, a cinema legend, passed away earlier this year. There would be far worse ways to honor the man than by giving this sequel another chance this year. (Also, guessed who produced? You got it: Spielberg!) 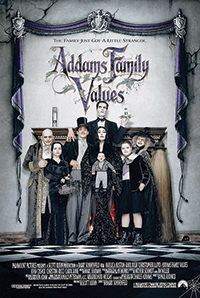 ADDAMS FAMILY VALUES (1993, PG-13)
Another sequel that’s better than the original. (Dark comedies seem to do well in this regard for some reason.) There are lots of joys to be had in director Barry Sonnenfeld’s second big-screen version of the classic TV show – the perfect chemistry between Raul Julia and Anjelica Houston’s Gomez and Morticia, the reams of clever dialogue—but none greater the havoc wreaked upon a cheerful summer camp by a cold and calculating Wednesday Addams (Christina Ricci), who’s had it up to here with all of the overly cheery faces and decides to take matters into her own hands. Best Thanksgiving play, ever. 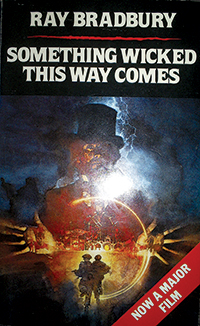 SOMETHING WICKED THIS WAY COMES (1983, PG)
Possibly the darkest, weirdest film Disney ever released. (Although The Black Hole might have something to say about that.) Something Wicked is an adaptation of Ray Bradbury’s 1962 fantasy novel about a spooky traveling carnival that’s not at all what it seems and the young boys who attempt to save their small town from its dangerous influence. The movie isn’t so much scary as it is unsettling. A sense of dread courses through many of its scenes, though things never get too unbearable, as it is a Disney film after all. The late great Jason Robards stars, along with Jonathan Pryce, Diane Ladd and Pam Grier, making for an impressive cast. 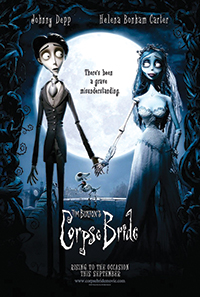 CORPSE BRIDE (2005, PG)
Tim Burton’s The Nightmare Before Christmas gets the most play during the Halloween season (and clear on into December), but this lesser known stop-motion animated film, also from Burton, is nearly as good. Johnny Depp gives voice to Victor, a young man who finds himself accidentally engaged to the undead remains of a woman who passed from the mortal coil far too soon. Desperately wanting out of this predicament, Victor embarks on a journey across the lands of the living and the dead to reunite with his still-breathing intended fiancée, but he discovers along the way that even deceased girls deserve love. It’s nearly not as dark as it sounds and far more touching that it has any right to be. If your kids love Jack Skellington, this should be the next movie you show them. 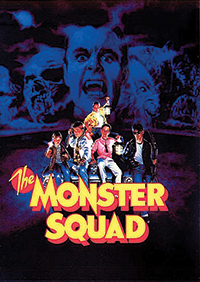 THE MONSTER SQUAD (1987, PG-13)
Seen The Goonies? Well, this is a lot like that but with a horror-movie bent. The Monster Squad has a group of spunky tweens battling Dracula, the Wolf Man, the Mummy and the rest of the monsters from the classic Universal horror films of the 1930s. The film is rude, crude and obnoxious in the very best of ways—meaning it’s perfect for ’tween and teen boys wanting to dip their toes into the horror genre. Just don’t be surprised when they run around screaming “Wolfman’s got nards!” for a couple of weeks. 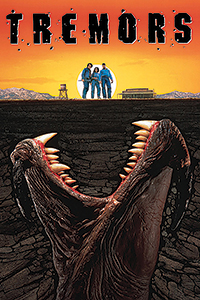 TREMORS (1990, PG-13)
Probably too intense for smaller kids, but if you’ve got young teens, they’d likely dig this cult monster movie about giant underground “graboids” (basically, giant man-eating worms) that terrorize a small town located in the Nevada desert. The Tremors cult lives on today: Its fourth (!) direct-to-video sequel is scheduled for release this month. But your best bet is the original, which boasts an eclectic cast that includes Kevin Bacon, Fred Ward and Reba McEntire. 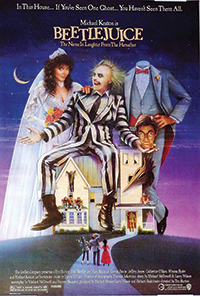 BEETLEJUICE (1988, PG)
Almost didn’t include this one, as it’s likely the most well known on this list, as well as the second Tim Burton-directed entry. But, ultimately, how could I not? Pittsburgh boy Michael Keaton gives what may be his defining performance as “the ghost with the most,” a motor-mouthed poltergeist terrorizing a newly dead couple trying to come to grips with the afterlife. Keaton’s recent Birdman-inspired career renaissance has brought new movement on a long-talked-about sequel. I’m certainly hoping it happens.