Mt. Lebanon’s signature municipal building, designated a local historic landmark by Pittsburgh History and Landmarks Foundation (PHLF), is featured in the latest of a series of PHLF guidebooks.

Louise Sturgess, PHLF executive director, says the introductory chapters explore the meaning of “modern architecture” in the United States and document the arrival of modern design in Pittsburgh from the turn of the century through the post-World War II period, culminating in the completion of Point State Park. 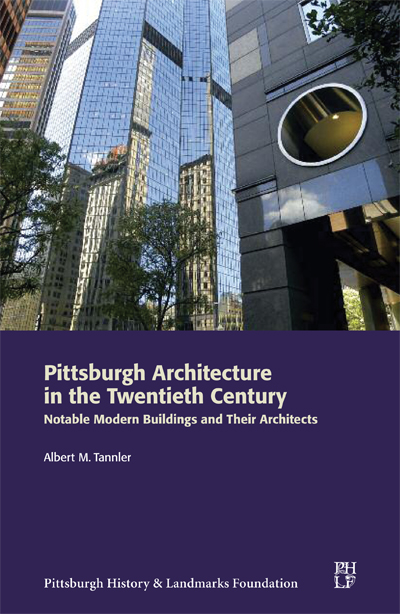 “This is a place—their publications—where Pittsburgh History and Landmarks Foundation really shines, and Al Tannler is a talented writer, dogged researcher and very selective in what he’ll work on,” says Mt. Lebanon Historic Preservation Board past-president Bill Callahan, western region representative for the Pennsylvania Historical and Museums Commission. “This says a lot about the municipal building’s significance.”

Mt. Lebanon Municipal Building, designed by William H. King Jr. and built 1928-30, is included because it is considered is one of the region’s best examples of art deco architecture, which was growing in popularity at that time it was built. It also is notable because most government buildings of the day tended to be classical in design rather than “modern.”

Rothschild Doyno Collaborative renovated and restored the building in 2004, retaining distinctive art deco features such as the decorative aluminum railings and light fixtures, the doors to the former Commission Chambers and the exterior Chevron panels between the windows.

“We are thrilled to have our government center included among other outstanding examples of modern Pittsburgh architecture,” says Susan Morgans, Mt. Lebanon’s public information officer and staff liaison to the historic preservation board. “We hope that the guidebook will entice many visitors from other parts of the region and the country to visit our municipal building and our town.”

The book, which features 53 historic sites and includes 310 photos, will be introduced at an author’s reception at the Carnegie Museum of Art on Thursday, December 19, from 6 to 8 p.m.  The reception is free to the public and is sponsored by the Heinz Architectural Center. Copies of the book ($14) will be available at the reception or may be purchased after the event at the PHLF store, www.phlf.org/landmarks-store.