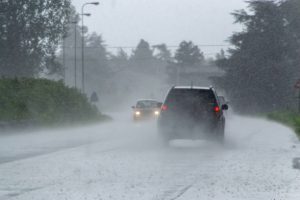 In 2011, Mt. Lebanon became one of the first communities in Pennsylvania to institute a separate fund to pay for improvements to the infrastructure that reduces the amount of stormwater that finds its way into the sanitary sewer system. The fund was set up as a way to pay for the improvements without placing a burden on the municipality’s general fund budget.

When Mt. Lebanon established the fund 11 years ago, the fee was $8 per month per  “equivalent residential unit” of 2,400 square feet, which covered most single-family homes. Multifamily housing and commercial properties, which make up about 29 percent of Mt. Lebanon’s impervious area, are charged on a square-foot basis. Tax-exempt properties are also assessed a fee. The fees have not increased since 2011. Rising costs have taken a toll on the fund, which has been running at a deficit, making it necessary to make up the shortfall from the general fund.

Finance director Andrew McCreery estimates that funding needed for stormwater infrastructure improvements for upcoming projects is about $2 million a year, and the current stormwater fund brings in about $1.45 million.

McCreery said an increase of $1 per month would bring in an additional $180,000 annually, still short of the goal. Increasing the fee to $12 per month would reverse the fund’s deficit and eliminate the need for tapping into the general fund.

“We need to get (stormwater improvements) out of the general fund, as prudent and fiscally responsible as we can,” he said at a Commission discussion session.

“I suspect we’re going to find we need more projects,” he said. “Future commissions are going to want more flexibility; I’d rather separate this out, give it a separate revenue stream.”

The Commission is in agreement to spread the increase out gradually over a five-year period, beginning either in 2023 or 2024.

“This is a critical piece of infrastructure,” said Commissioner Mindy Ranney. “We all know climate change is having a huge impact on this area.”