You might think the 1950s are so last century—but you wouldn’t say it if you’d spent time with the lively group of octogenarians (and some nonagenarians) I interviewed for this article. I grew up in Mt. Lebanon, but I was born in 1962. By the time I was sentient, the world was all David Cassidy and disco. So I needed to find some people who could paint a picture of Mt. Lebanon during the Eisenhower years for me.

I started with Ruthe Fleming, a vivacious woman in a bright pink jacket (and, full disclosure, the mother of Susan Fleming Morgans, the editor of mtl), who gathered her fellow Mt. Lebanonites around a long table at Providence Point for a wide-ranging interview about life in the middle of the 20th century.

Before I could pour myself a glass of water and open my notepad, the group was barreling metaphorically down Memory Lane—or, shall we say, Washington Road.

“There were no parking meters!” one participant cried.  “Not anywhere in Mt. Lebanon.” I paused, trying to imagine  such a Utopia. “Washington Road was only one lane in each direction,” another put in. “They didn’t use salt in the winter. Just cinders.” “Once you passed Gilkeson Road, you were in farmland. There was no mall.” “Mt. Lebanon was the border between the suburbs and the country.”

Before long, I was listening with rapt attention as the scenes of Mt. Lebanon in the ’50s unfolded before me.

The day began when the Schneider’s or Otto Dairy milkman delivered your milk. In some homes, he left the milk bottles in an insulated box by your backdoor. In others, he walked right in and put it in your refrigerator. Doors were always unlocked. [Editor’s note: Don’t do this today. Mt. Lebanon experiences regular robberies and break-ins.] Some people still burned coal to heat their homes, which meant dusting was a daily chore. And some homes had incinerators, which in many cities wasn’t made illegal until the late ’50s, so you could burn your trash there or build a trash fire outside. And what you couldn’t burn would be picked up by garbage men who gathered your garbage cans right out of your garage. Dry cleaners, for those who used one, returned your garments to your hall closet.

Girls wore saddle shoes, skirts and blouses to school; boys, shirts and pants—no jeans. Suede shoes called “bucks,” skyrocketed in popularity among teen boys after Pat Boone, a ’50s crooner, wore them. Carl Perkins even wrote a hit song imploring people not to step on his. Kids walked to school, and they usually got their homework done in class. No one stressed about homework or spent a lot of time doing it after school. That time was reserved for going to the “Rec” above the swimming pool in the park and jitterbugging, the most popular dance of the time, or perhaps heading Uptown to Isaly’s, a deli with booths so you could sit, talk and smoke—an activity that the parents of at least some of these ’50s teenagers were perfectly aware they were doing. One Providence Point gentleman said, “The two big adventures when you were a teenager were smoking and beer.” “That was before girls,” another added.

In the summer, you’d head to the pool, or maybe to South Park for a picnic or a game of softball with your friends. You could take the trolley all the way to Kennywood, too, though it took about an hour. In the winter, you might toboggan down the ski run that ran down the hill behind where Bower Hill Apartments stand now. And, of course, you could always catch a show at the Denis Theatre, or in Dormont at the Hollywood or the more opulent South Hills theaters. There wasn’t much on TV—there was often just static on the air when you turned it on—and anything that aired was live, because there was no way to tape something and air it later. Shows they remembered  included Children’s Corner  with Josie Carey, The  Arthur Godfrey Show, and the roller derby with skater “Toughie” Brasuhn.

You could do all your shopping along Washington Road. There was the Red Goose Shoe Store, where they’d X-ray your foot while you watched to ensure perfect sizing. Kroger’s had a store on Washington Road with no parking lot. Why bother? Everyone walked there. And you shopped for food every day because refrigerators were small and the freezers in them even smaller. Horne’s, on the site where Sesame Inn is now, was the first branch of any of Pittsburgh’s large department stores to open in a suburb, and it offered fine clothing for men, women, and children. You could also shop downtown at Horne’s grander flagship store or at  Kaufmann’s, Gimbel’s or Boggs and Buhl, the last of which was on the North Side. If you did go shopping, you might be using your metal “charge-a-plate” which gave the store all in the information it needed to bill you for your purchases. Of course, most people paid cash or wrote a check. No matter how you paid, in some places your payment would be taken by the clerk at the counter, put into a clear plastic canister and whisked via a pneumatic tube, like the ones still at the drive-through lanes of some banks, into the administrative bowels of the store so that your transaction could be recorded. The tube would return a few moments later with your handwritten receipt and change, if you were owed it.

You might have driven downtown, but you also might have taken the 38 Mt. Lebanon streetcar and been dropped right under the clock at Kaufmann’s. There were various bus lines, too—they hadn’t been unified under Port Authority yet—and shuttle buses ran regularly from the loop (where Clearview Common is now) through almost every neighborhood in Mt. Lebanon.

The G.C. Murphy’s across from Horne’s on Washington Road sold clothes as well as toys, pets, sewing supplies, toiletries, and hardware. For music, you headed to Gardner’s Record Store, where you’d listen to your Frank Sinatra record in a private booth before you bought it. Isaly’s offered a place to grab a bite and buy chipped ham and skyscraper ice cream cones. If your taste ran more to shakes or ice cream sodas, Mandel’s pharmacy, could meet your needs—and fill your prescription while you waited—before it became illegal to serve food and distribute drugs in the same establishment. Grosso’s produce store was also on Washington Road as was a butcher.

If you were more ambitious, you could also walk to Dormont and sample the ice cream at Canary Cottage or head to Villa Madrid, which served alcohol. Eating dinner out was a rare occurrence and usually was reserved for special occasions. When you did, though, you probably headed to Wright’s in Heidelberg or Stouffer’s in Oakland. The only thing nearby resembling “fast food” was the Eat ‘N Park in Dormont, which offered “car service.” “Car service” didn’t mean delivery or even drive-through. In the ’50s, it meant you parked your car, rolled down your window, ordered via a speaker, and waited until the attendants delivered your food to your car, where you ate it from a tray that hooked to your car door. You may have gotten a taste of this style of restaurant service if you’ve ever eaten at the Sonic in Bridgeville.

Hallelujah, there were no deer! (At least according to the Providence Point group, which must have resulted in some very dull township meetings.) There were also no chickens. That was for rural folks. Mt. Lebanon was a suburb. However, you did see pheasants. And at least one person in the Providence Point group knew a woman who’d kept a horse on her Mt. Lebanon property.

Upper St. Clair only had about 3,500 residents in the ’50s. “They were the people with chickens.” Upper St. Clair, Bethel Park, and Castle Shannon sent their children to Mt. Lebanon for high school because those communities hadn’t built theirs yet.

Life  in the ’50s might  sound Utopian, but like most suburbs of the day, Mt. Lebanon was not as welcoming and diverse as it is today.  No one remembered seeing African Americans in Mt. Lebanon except for housekeepers or tradesmen, and they said they did not know many Jewish people, despite the fact that Temple Emanuel was founded here in 1951 and met at various locations in town until the first floor of the synagogue was built in 1954.

Had anyone known someone in the ’50s who was gay? No one in the Providence Point group had. “There must have been. We just didn’t know.”

Dick Price, whom I interviewed separatedly (he grew up in Dormont but lived in Mt. Lebanon as an adult),  recalled  one young man who was bullied mercilessly, however. “One of the students who did the bullying ended up having a son who was gay and eventually died of AIDS. I often wondered if that changed his feelings. I hope so,” Price said.

Most professionals in the ’50s were men. Women were nurses, teachers, clerks, or secretaries. They were expected to marry, have children, and take care of their homes. Janice Strickler, who worked at Procter & Gamble, attended a company meeting at the end of the ’50s. “I stood up and asked management when we were going to have a woman on P&G’s board. They said, ‘We’ll look into it.’” Meg Whitman, the first woman on P&G’s board, was appointed in 1978.

Even if a woman did work, she usually was required to quit if she got pregnant. Some employers wouldn’t hire women if they were married. Bob Patton started at Harvard Law School in 1950 in a class of 500. Twelve members of the class were women. Of those, he says only about half ever worked as an attorney after graduating because they got married.  Patton redalls that his late wife, Ginnie got a job as a teacher at a school that  had never hired a married woman before. Three months later, she found herself unexpectedly pregnant, was required to quit and ended up feeling bad that the school had taken a chance on her and she’d disappointed them. Happily, Ginnie later earned her master’s degree and worked for the Allegheny Intermediate Unit, Patton says.

Dick Price, who taught for decades in Pittsburgh city schools, verified  that most of the teachers were women and that they had to leave when they got married. But there were things about schools in the 50s he misses. “Parents backed teachers one hundred percent then. We hardly ever had any discipline problems, and when we did, I was reluctant to call the parents for fear they’d beat the kid.” I asked him if he was aware of anyone smoking marijuana or doing other drugs then. He laughed. “Gene Krupa smoked marijuana. That was something Hollywood drummers did, not us.” 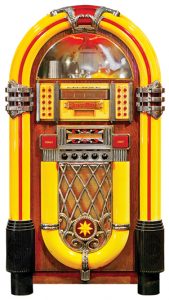 A very different world. I found myself reluctant to leave it. “What do you miss most about the ’50s?” I asked my interviewees. “The quiet.” “The safety.” “The penny candy.” “Being seventeen.”

As Frank Sinatra would say, it was a very good year.