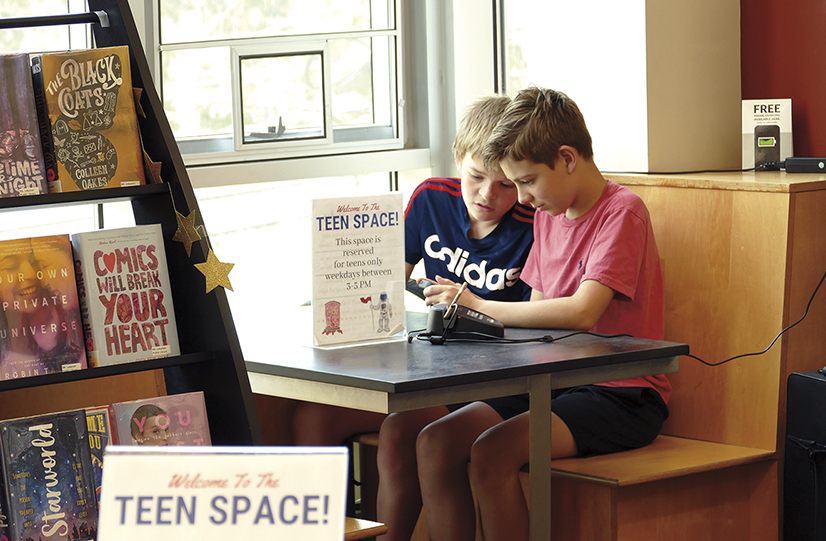 BOOK TALK What better place than a house full of books to hear about how they’re written? The Mt. Lebanon Public Library Speaker Series brings in a range of authors to discuss their craft.

Public Services Librarian Sarah McGowan coordinates the series, which began in 2014 as a once-a-year event, in honor of the memory of Joseph Wertheim, a library booster who served nine years on the library board and several more as president of the Friends of the Mt. Lebanon Library.

Last year, the library expanded the series to include four authors each in the fall and spring. Those events are free, but require an RSVP.

This fall’s authors were Amy Stewart, Kathleen George and Sophie Perinot. The fall series has one speaker left, Stewart O’Nan, who will make his second appearance on November 6. At press time there was a waiting list to hear him.

McGowan is working on the spring calendar. So far she has two authors lined up: Colleen Oakley, author of Close Enough to Touch, Before I Go and her newest, You Were There Too, will speak in January and in February, Jonathan Putnam will be on hand to discuss his Lincoln and Speed mystery series, in which a young Abraham Lincoln teams up with Joshua Speed to solve mysteries on the frontier.

The library partners with booksellers for the events, mainly City Books on the North Side, and recently has also been working with Riverstone in the North Hills. The sellers bring copies of the authors’ books and help promote the events.

Some of the authors are passing through town on book tours, but others just want to talk about their work.

Work on the centerpiece event can start as early as nine months before the lecture, McGowan says. She works with Sharon Bruni, associate director for public services, and a committee of volunteers to select and secure the series’ final speaker.

“We’re always reading book reviews, and we pay attention to what books people are checking out,” she says. “We try to get a feel for what we think the community will respond to. We always welcome feedback. Let us know how we’re doing.”

And, of course, it’s a matter of money and availability. Some authors come with a price tag that’s out of the library’s ballpark. The series depends on donations from patrons and has also received a grant from the Mt. Lebanon Community Endowment.

“It’s not a money-maker,” McGowan says. “A lot of times we’re just breaking even. But we’re connecting readers to authors and we want to continue as long as we can.”