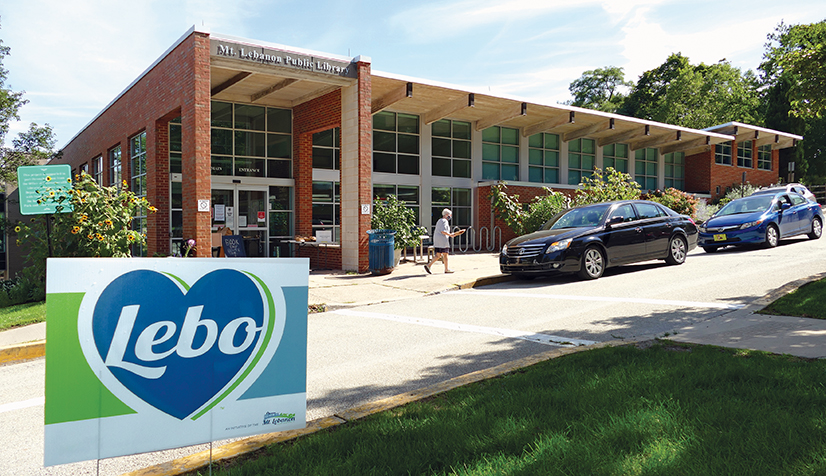 LIBRARY TRENDS Mt. Lebanon Public Library Director Robyn Vittek attended and spoke at the Pennsylvania Library Association’s annual conference, which, like just about every other public gathering this year, was done virtually. Originally planning to travel to the Poconos, which are quite lovely in October, Vittek instead ventured as far as her kitchen table for the conference, but nonetheless shared and brought back some interesting information. The cost of the conference was paid for by a grant from the Pennsylvania Office of Commonwealth Libraries.

“While this conference was definitely a departure from the usual, and I very much missed getting to see friends and colleagues in person, I felt as though the platform was very user-friendly,” she says. “Many of the questions and concerns were to do with technical issues such as streaming, lagging audio, etc. It really highlighted the differences in access to reliable broadband across the commonwealth, which is a huge and ongoing concern in the areas of education and library service.”

Vittek attended sessions on media relations and making library collections more inclusive and reducing unconscious bias in selection. “It’s important that residents relate to and feel understood by the staff of their local libraries, so equity in staffing and services is essential for our improvement and growth,” she says.

Other sessions were on such topics as monitoring social media to ensure that all users’ First Amendment rights are protected, with no inadvertent censorship. She sat in on a presentation by several Allegheny County library directors about a pilot program that started this spring that eliminated late fines from borrowed library materials.

“The closure of all libraries in the state in March forced the hand of many libraries to go fine-free at least temporarily,” says Vittek, “and though it slightly impacts library revenue, the reduction in stress and positive implications for patrons make it seem like an idea worth exploring on a long-term basis.” Most major metropolitan libraries across the country are now fine-free, and several libraries in the county have adopted the practice as well.

Discussions of the state budget and how state, public and academic libraries will be affected were on the agenda, as well as library advocacy. “Talking about the library to elected officials and fundraising entities is an important part of modern library service,” says Vittek. “Despite rumors to the contrary, we do not run the library on late fees. They make up a very small part of our revenue! Most of our funding is from tax dollars, and we maintain that by sharing with legislators how we support our community and residents.”

Vittek was a presenter at a live session with a member of the Library Association staff and an academic library director about using data effectively in determining library services and measuring success. “Librarians are very good about collecting data, but not always good about using it. At Mt. Lebanon Public Library, we analyze our collection and circulation data to help determine where to spend our collection dollars, and evaluate programs to make sure the people attending enjoy and learn from the presenters,” says Vittek. “Most importantly, we occasionally hold community conversations to get input from the residents about what they want to see in their library and their community.”

She also joined two other library directors and the State Library’s School Age Services Advisor to speak on how summer programming has evolved. “Our summer library services are augmented by amazing partners such as Matt’s Maker Space that allow us to offer metalworking, podcast recording, robot building and other STEM-based programs,” she says. “This year, our summer program continued online with several hundred participants reading, doing take-home craft kits and attending virtual programs from community partners like Pittsburgh Ballet Theatre.”

Vittek praised all the presenters who had to retool their presentations, which were planned before the pandemic, from in-person to virtual, and saw that as an indicator of how libraries are continually adapting to meet their patron’s changing needs.

“Libraries are often considered a hub of their communities, and we all strive to offer services in any way we can to help local residents get through the worst of times as well as the best,” she says. “Although we can’t offer services in the same way we would normally do, our library is still offering programs, materials and services to all ages and abilities.”