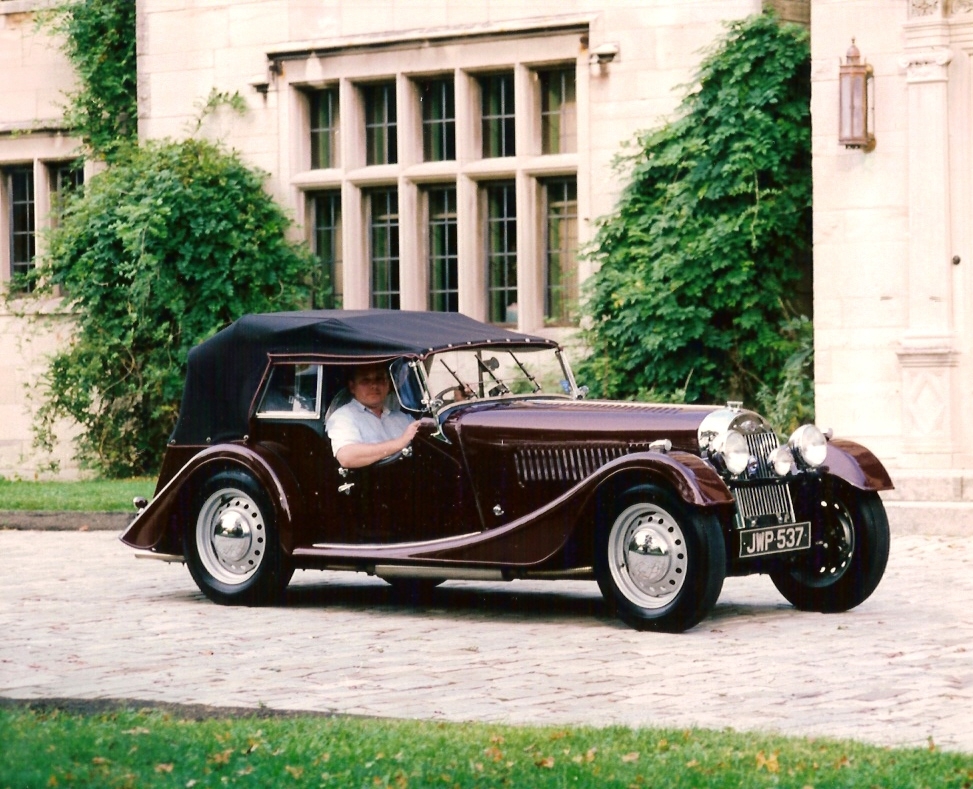 For Pat Haven Drive resident David Burrows and his 1951 Morgan Plus 4 four-seater, it was love at first sight. “I think it was the style. That old-fashioned sports car look,” he says. A lifelong car aficionado, he already owned a 1957 Morgan 4/4 roadster and would later restore a 1951 Jowett Jupiter. He loved the look, but even more bewitching was the history of the car, which he refers to by its license plate number, JWP 537.

JWP 537 was the first Morgan Plus 4 to roll off the assembly line. It won a load of road-rally prizes with its original owner, a daring young medical student named William Steel. Then came a foggy night in North Wales in 1953, when Steel and co-driver John Doddson had a near-death experience in the Blackpool Rally, flying off the road, doing a 360 and knocking Doddson unconscious as he swerved to miss a gatepost that uncloaked out of the fog.

“It was in that moment that [Dr. Steel] said, ‘what am I doing? I could die doing this,’ and he decided to sell the car and spend time focusing on his medical education,” says David. Steel went on to become an anesthesiologist.

David’s twin brother, Robert, who also owns a Morgan, originally discovered that JWP 537 was for sale on a trip to England in 1984. Robert was tempted to make an offer, but David beat him to the punch. He took his wife, Judie, and his young daughter, Dana, to Worcestershire, England, the next year, where JWP 537 had been stripped down to bare metal and was languishing in mechanic Laurie Weeks’ shop.

“It was just waiting for its next owner to pick a color,” says David, who put in an offer and then went to the Morgan factory in Malvern to research how he would like it to be restored. Though JWP 537 was originally black, David chose a Bordeaux red exterior—fitting for a ‘50s classic—and he asked for the addition of turn signals, seat belts and rear bumper overriders so that JWP 537 could pass inspection in Pennsylvania. 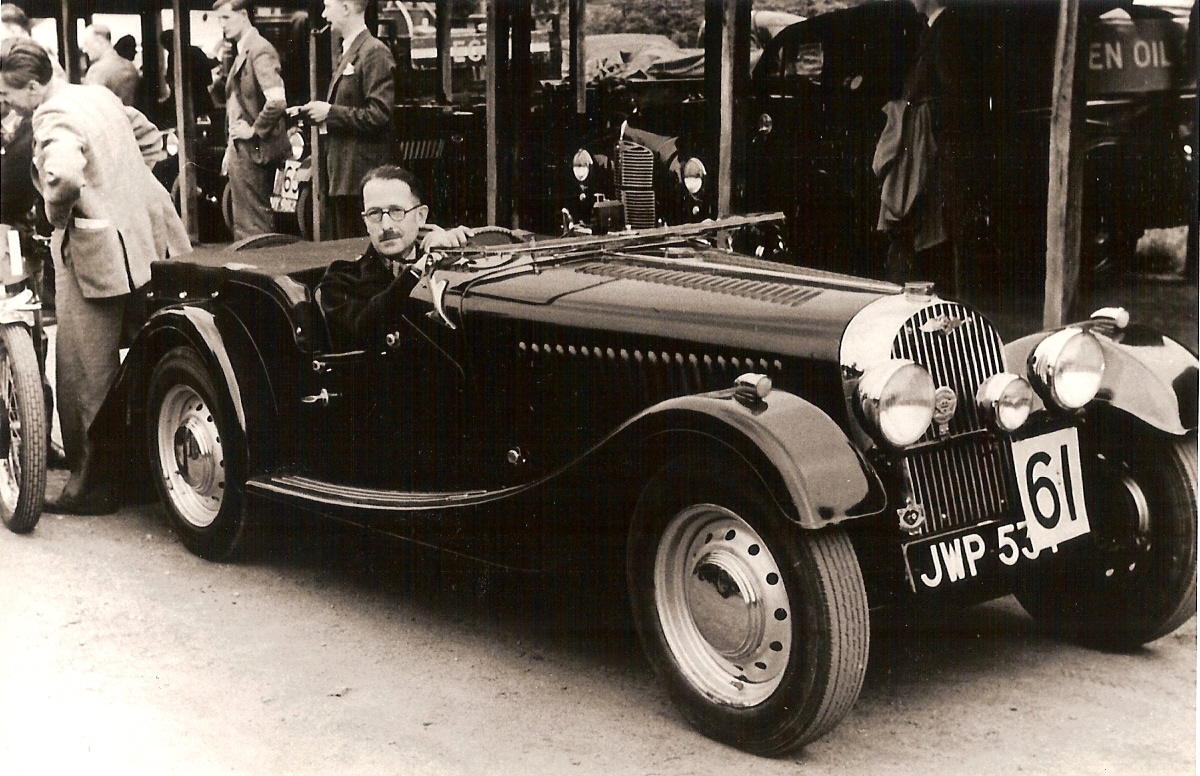 Dr. Steel with JWP 537 during his rally days in England 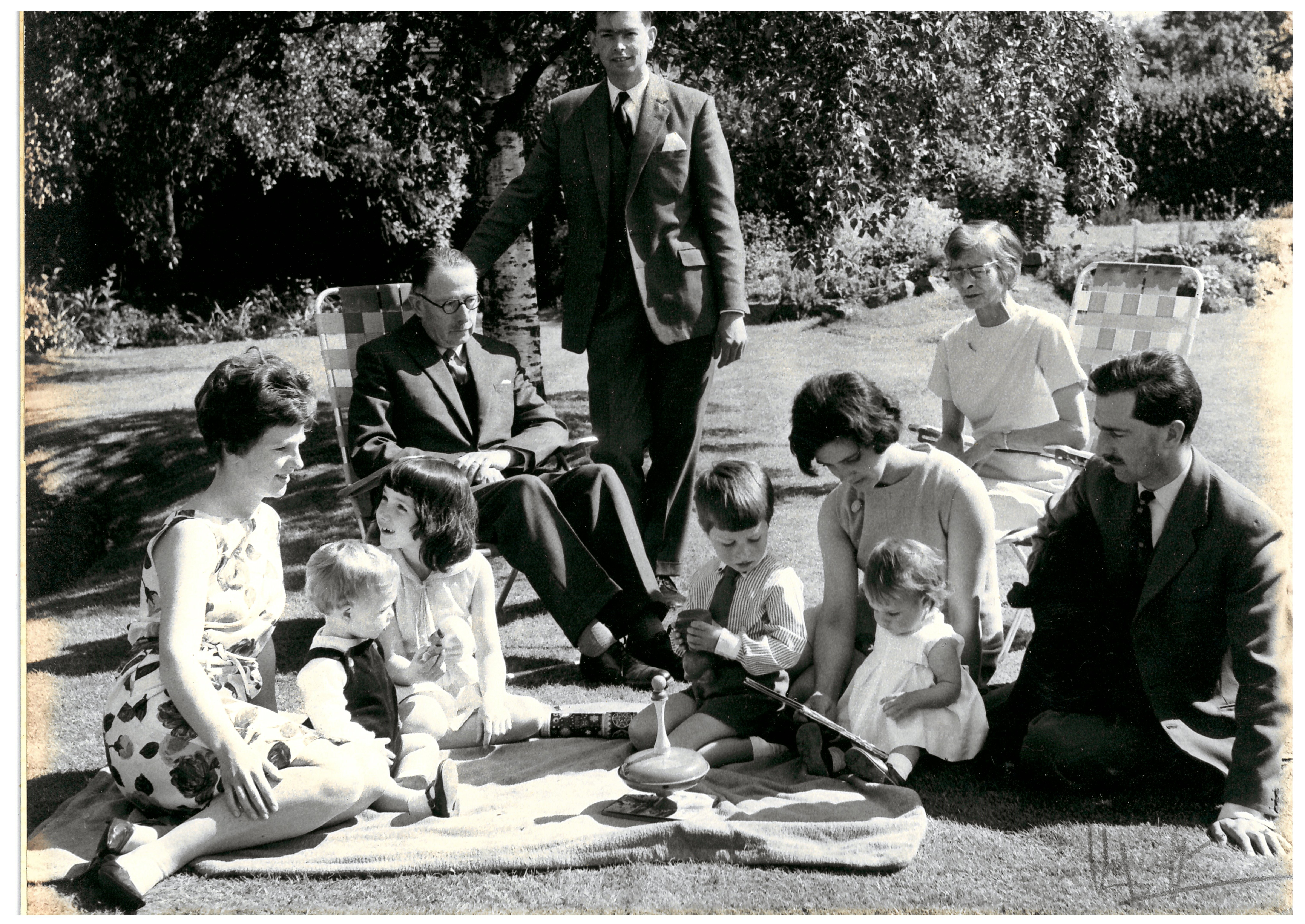 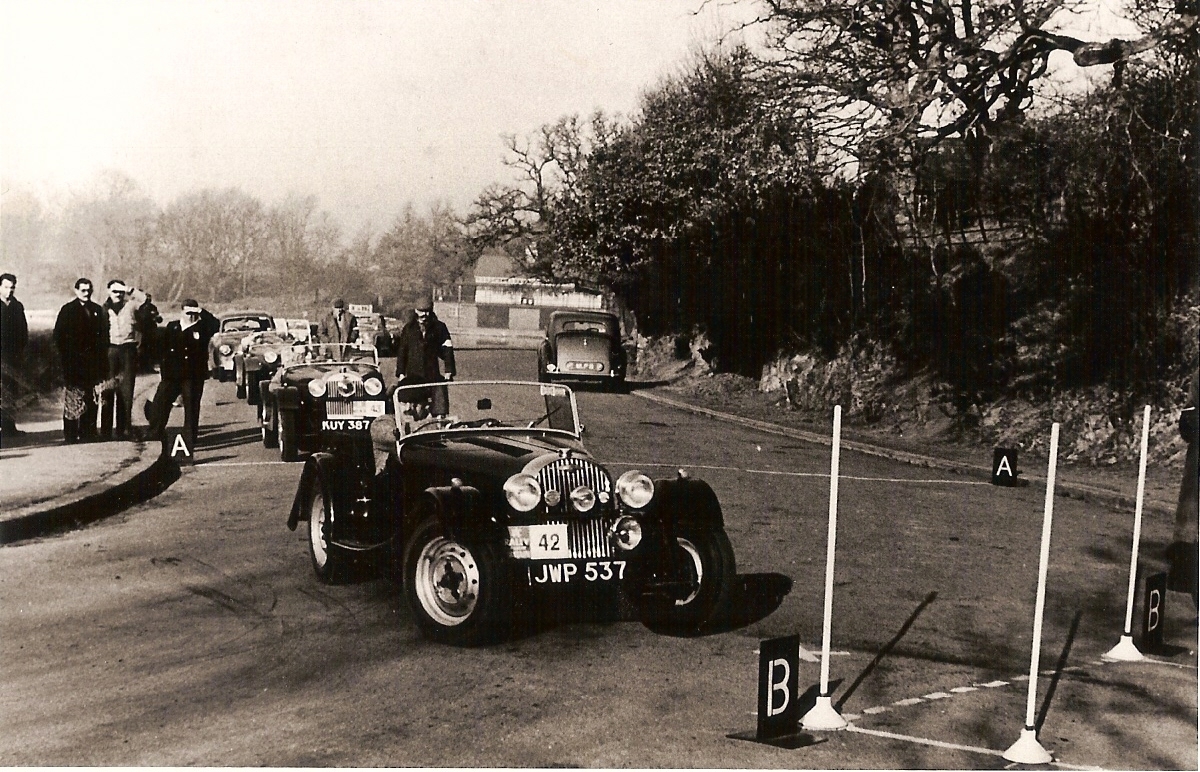 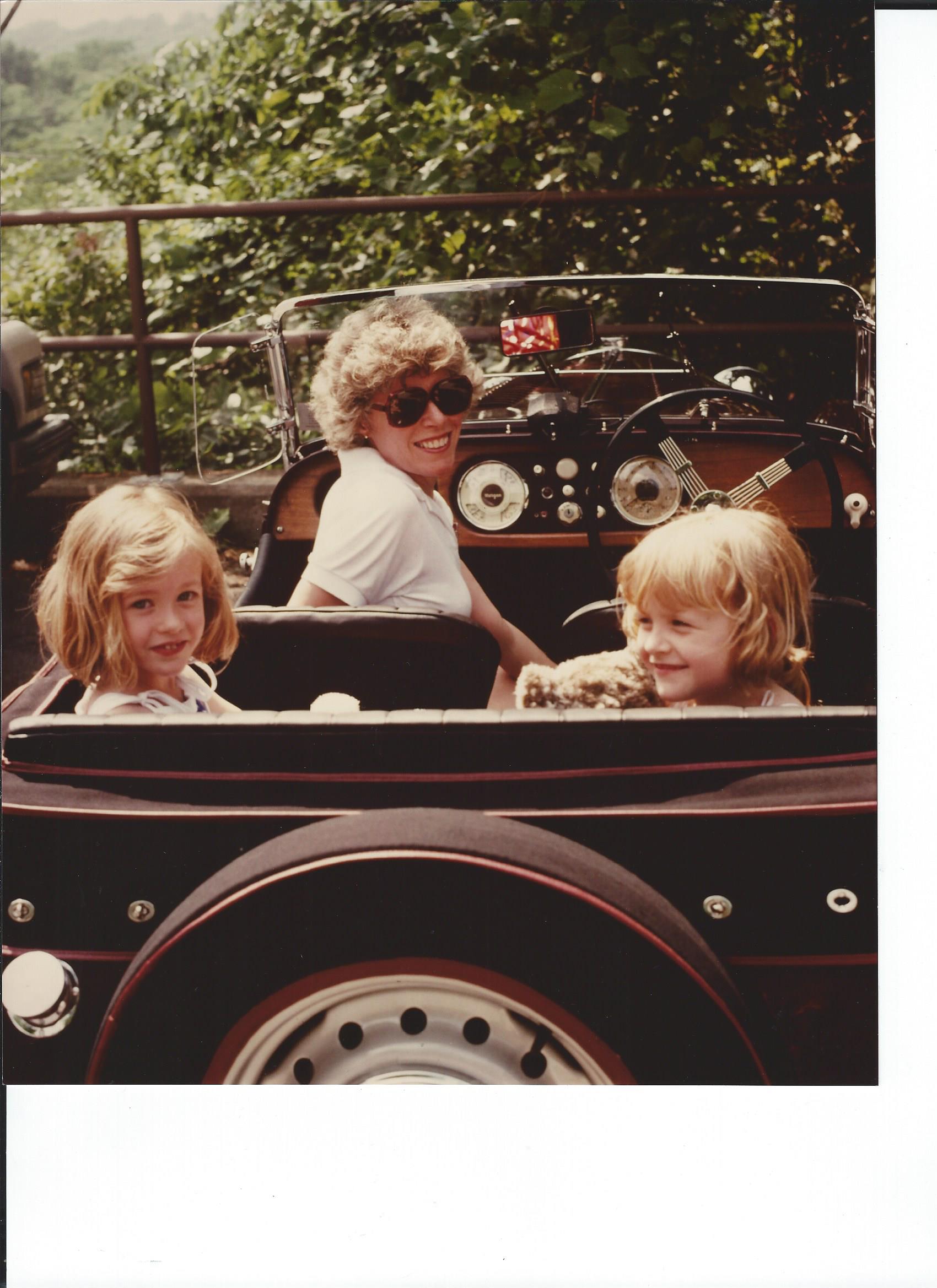 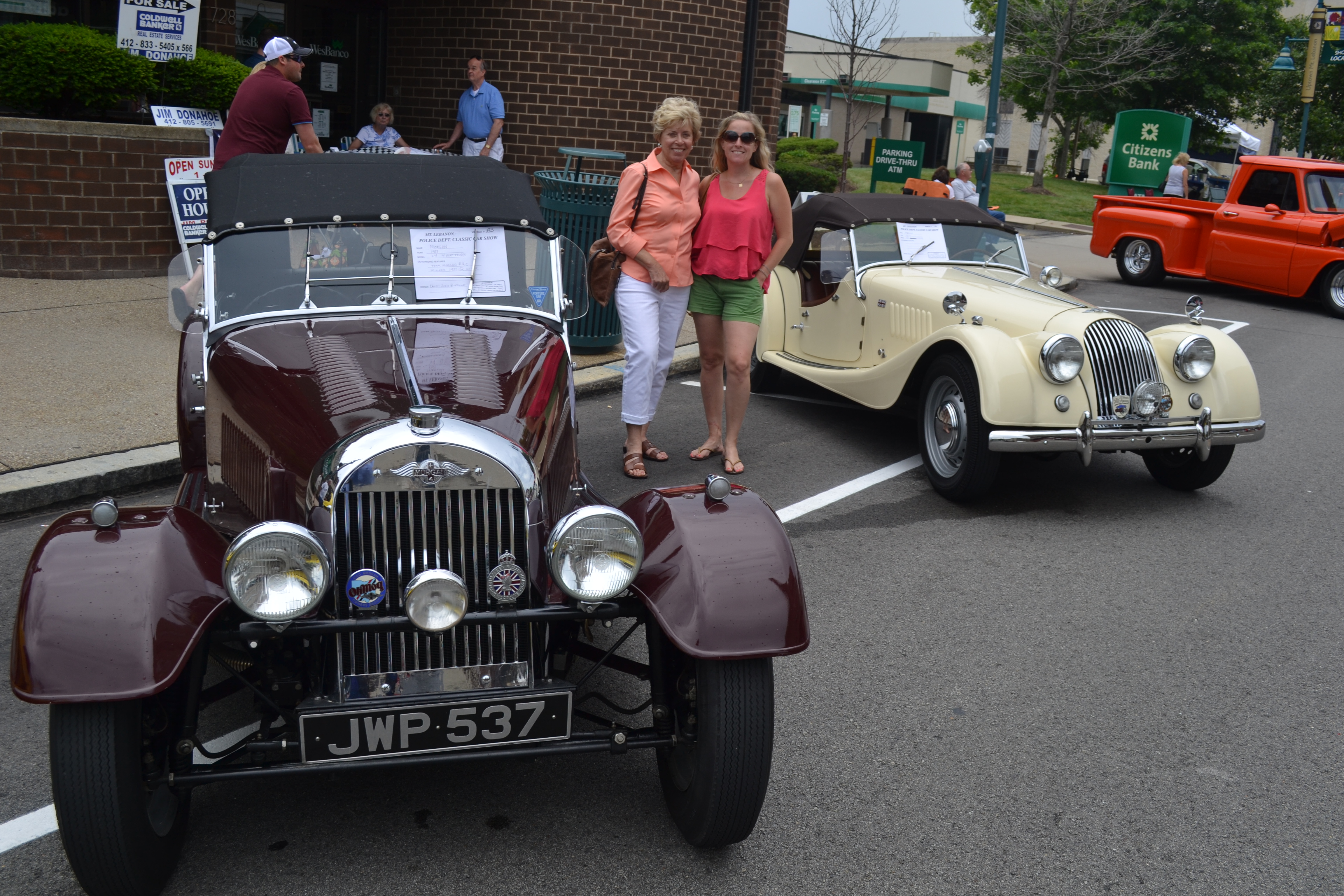 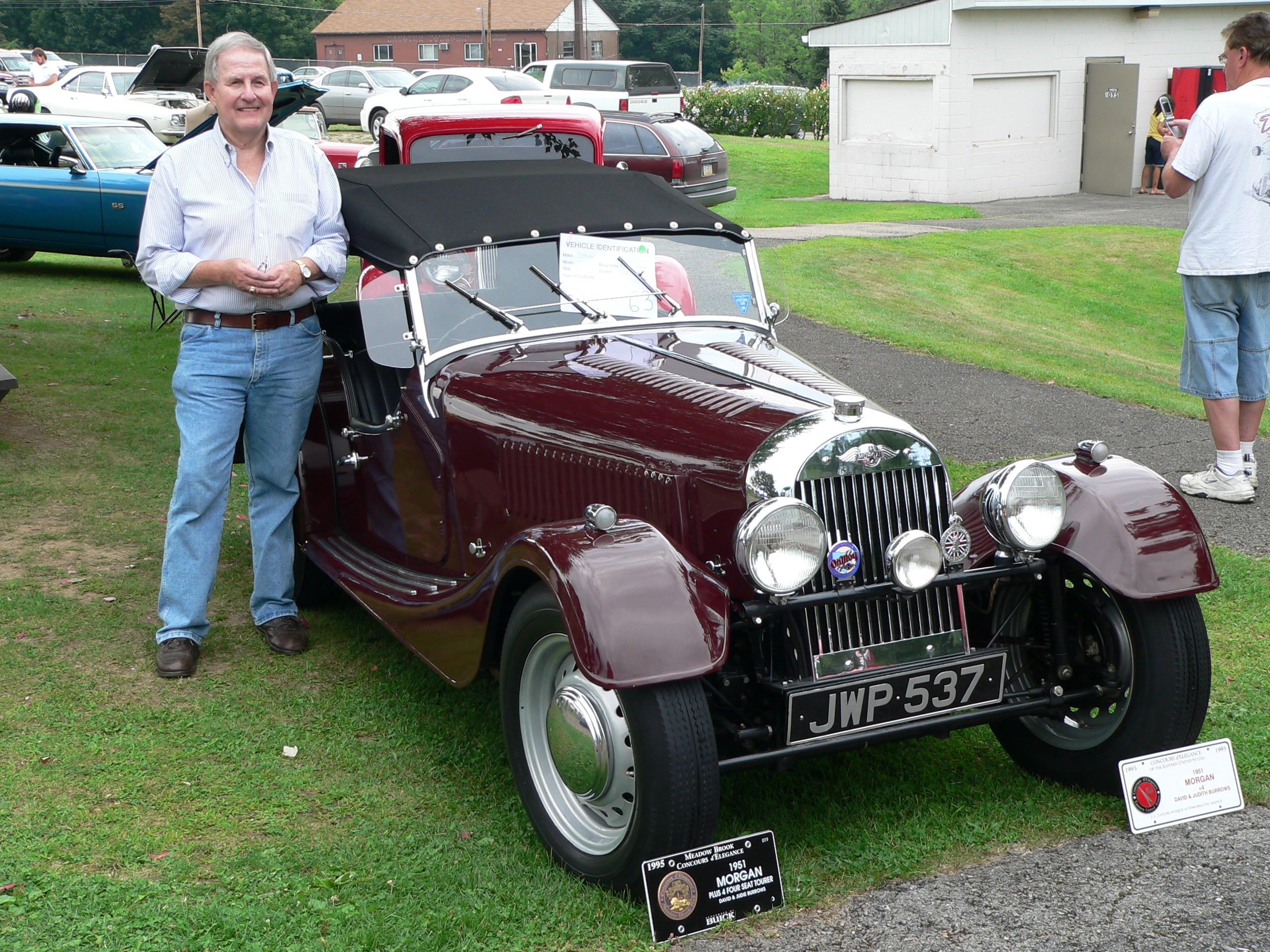 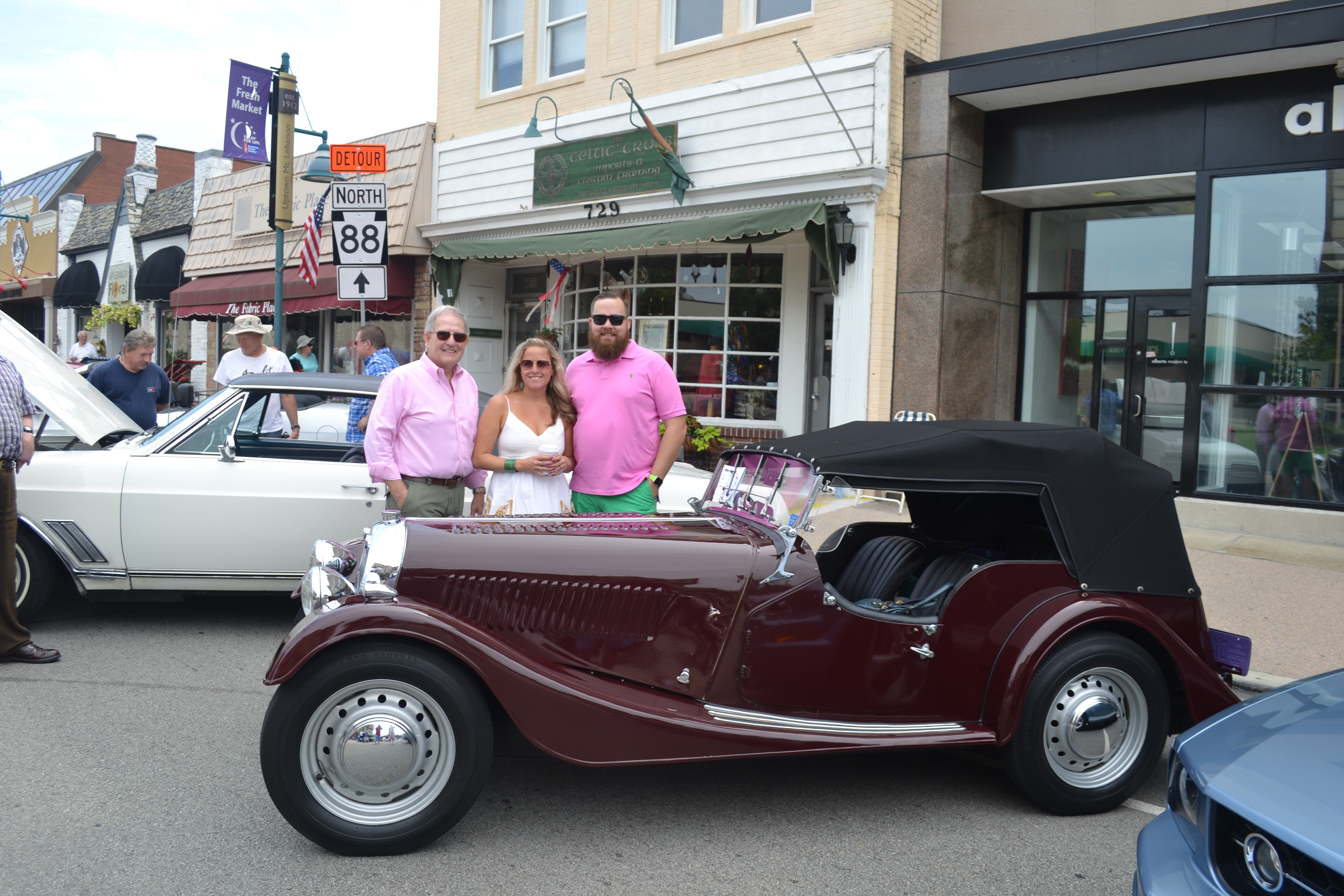 It took Weeks almost a full year to complete the restoration. In 1986, JWP 537 was bubble wrapped and flown in an open-sided crate from Birmingham, England, directly to the Pittsburgh International Airport. “We had to put an addition on the house for a four-car garage,” says David. “My wife goes along with all of this. It’s a family affair.”

The Burrows returned to England in 1987 to pay homage to the man who made JWP 537 famous. Dr. Steel entertained them at his home in Worcester, where he served the family tea and showed them photos from his rally days. They stayed in touch for many years thereafter—David was happy to keep Dr. Steel apprised of JWP 537’s continued successes on the car show circuit.

David would go on to drive JWP 537 between 500 to 1,000 miles per year for 32 years. He frequented car shows in Pennsylvania, West Virginia, Ohio and more. In that time, the car won more than 90 awards, plus nine “Best in Show” designations at various car shows, including twice at the Pittsburgh Vintage Grand Prix British Car Day. “We competed alongside foreign cars, hot rods … even Ralph Lauren’s $10 million Bugatti Atlantique,” says David, reminiscing about the invitation-only 1995 Concours d’Elegance show in Oakland, Michigan, when JWP 537 was featured alongside some of the most extraordinary cars in the world. “One thing all the shows have in common is fashionable ladies in hats,” he adds.

“[JWP 537] was a regular on the streets of Mt. Lebanon, so people would often tell me, ‘I’ve seen that car before!” says Burrows. In fact, JWP 537 had become a much-loved veteran of Mt. Lebanon Police Department’s Classic Car Show, where it competed for many years, even after taking home the Award of Excellence in both 2014 and 2015.

The 2019 Classic Car Show will take over Uptown Mt. Lebanon on Sunday, July 7. David and Judie will be there with their Jowett Jupiter and ’57 Morgan, but JWP 537 will be absent. 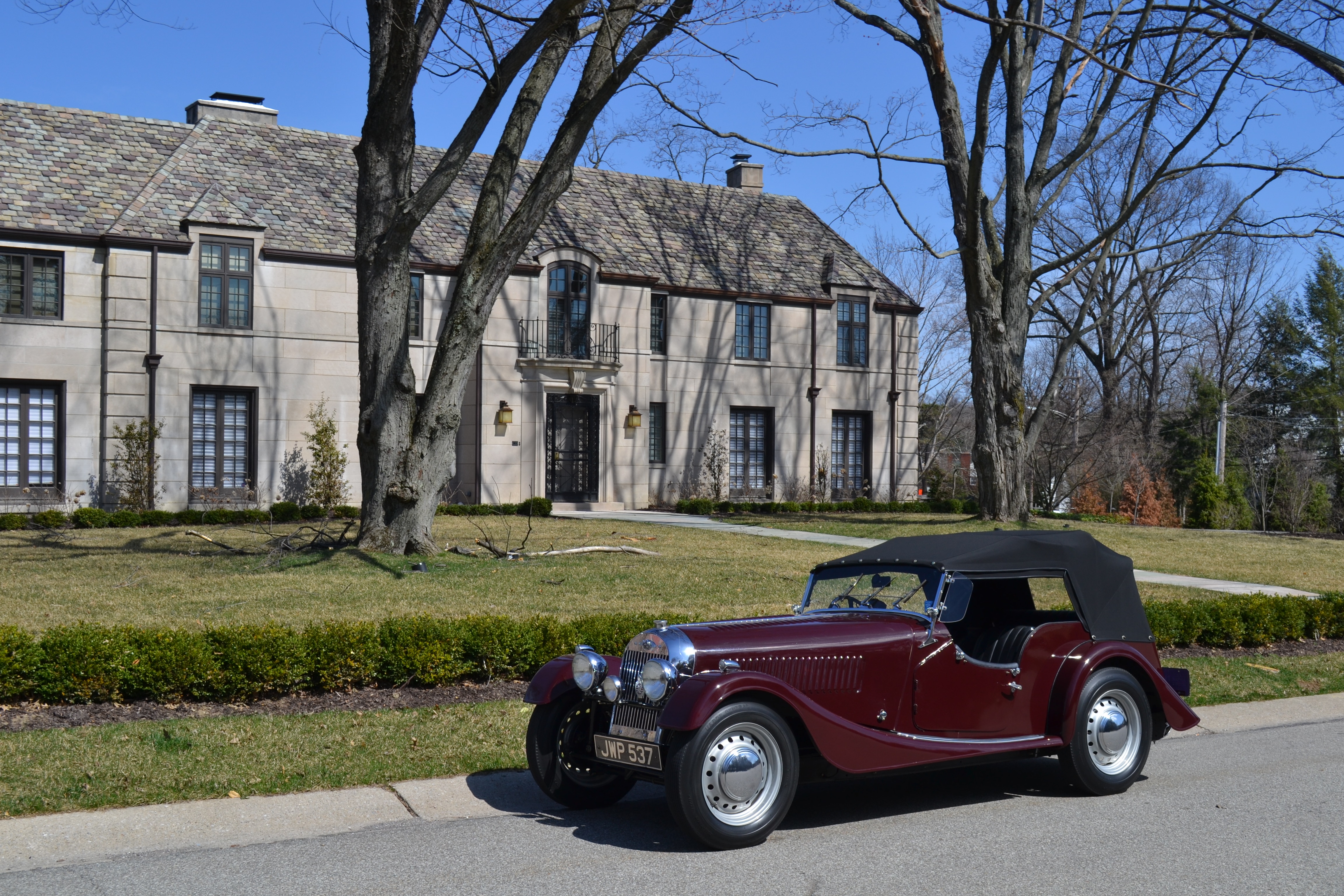 David was surprised to receive a letter in 2017 from Dr. Steel’s grandson, Tim Steel. Tim knew about his late grandfather’s rallying days, and after finding some old correspondence between the two, he contacted David in hopes of re-acquiring the car.

As the Burrows started thinking about downsizing around that time, David immediately began the process of negotiating with Tim to buy JWP 537.

While a new Morgan can sell for upwards of $100,000 today, David did not have high hopes for making a huge profit on the sale. “People just aren’t making money selling or restoring. But I knew I had a buyer, and I knew that he wanted it back in the Steel family,” says David, who reports he “did OK” on the sale.

After re-registering the car in England, they started the long process of returning the car to its home. JWP 537 left Pittsburgh for New Jersey on a large truck last October and boarded a container on a cargo ship. By the time this story is published, JWP 537 should be reunited with the Steel family at Tim’s home in South London.

“We may go to visit,” says David. “Judie and I actually miss seeing the car in the garage, but we feel it has gone to the best home possible.”