Members of the Critical Incident Response Team (CIRT)—a specialized police unit that serves 17 South Hills communities including Mt. Lebanon—will be a little safer and will have more tools in its arsenal thanks to a “new” armored truck. The Pennsylvania State Police donated the 20+ year-old truck, called a Peacekeeper, to the CIRT for tactical missions. Since these vehicles are not used often, the Peacekeeper was “gently worn” and needed little work.

The South Hills Area Council of Governments (SHACOG) formed the CIRT in 2009 to deal with volatile and dangerous situations above and beyond the resources of the police departments it serves. The 31 officers serving on the CIRT come from many of the participating communities; eight are from Mt. Lebanon Police Department. These officers have been specially trained to handle hostage negotiations, armed robberies, terrorist threats, barricaded gunmen and other high-risk situations. 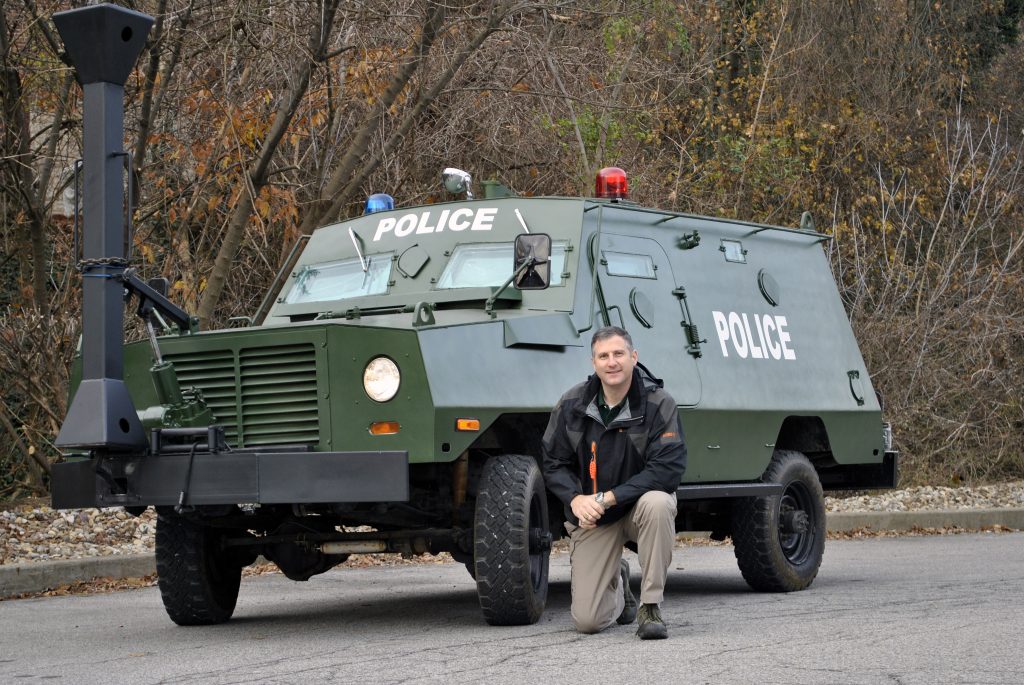 Mt. Lebanon Police Officer Paul Petras, a CIRT member, says the Peacekeeper would have been useful last year, when a Peters Township woman barricaded herself in her home with a firearm as police officers tried to served her with a Protection From Abuse order. The officers sought cover, leaving their vehicle in her driveway, which blocked access to the house. The woman subsequently locked herself into her garage and a police officer was sent to cut the door open with a chainsaw—leaving him exposed if she had decided to shoot. If the Peacekeeper had been available at that time, its winch could have removed the police car from the drive and its hydraulic ram could have pushed through the garage door. “That ram can go through solid structures, masonry, concrete and brick,” Petras says.

In addition, the truck can transport up to eight people and additional equipment, has a loudspeaker system and offers protection from rifle rounds—the converted Brinks truck the CIRT previously used for such calls provided protection for pistol ammunition only. “Bullets literally bounce off this vehicle,” says Police Chief Coleman McDonough.

The Peacekeeper will be stored at the Medical Rescue Team South Authority building on Cypress Way.