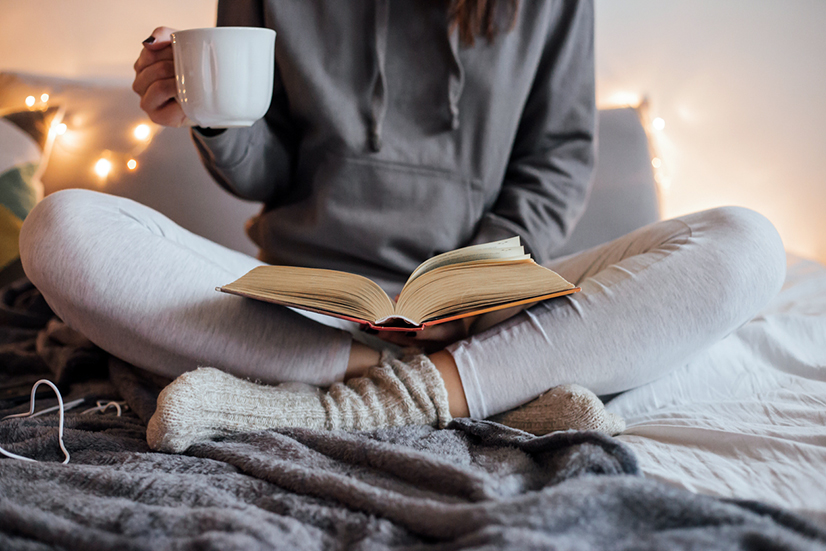 The last words of a world-renowned neurologist topped the list of the most circulated books from the Mt. Lebanon Public Library last year.

Gratitude by Oliver Sacks
In January 2015, neurologist and author Oliver Sacks (Awakenings, The Man Who Mistook His Wife For A Hat, Musicophilia) was diagnosed with a return of the ocular tumor that took away the vision in his right eye. Gratitude is a collection of four essays that discuss aging and mortality. According to The Guardian, “The title of the book is perfect: Sacks has a piercingly clear sense of gratitude for a long, fruitful existence that has allowed him to have ‘an intercourse with the world’ but has not been without struggle and pain.” Sacks died in August 2015.

My Name is Lucy Barton by Elizabeth Strout Strout’s fifth novel is the story of the title character’s abusive childhood and attempts to reconcile with her mother after years of estrangement. The book was longlisted for the Man Booker Prize.

The Melody Lingers On by Mary Higgins Clark A missing con artist proves the catalyst for intrigue, revenge and romance.

Every Fifteen Minutes by Lisa Scottoline A sociopath targets a highly respected psychiatrist and tears his life apart.

Rogue Lawyer by John Grisham He carries a gun, works out of his car and sleeps in a different hotel room every week. He’s a Rogue Lawyer.

The Crossing by Michael Connelly Connelly’s two iconic characters—detective Harry Bosch and his half-brother, Mickey Haller, the Lincoln Lawyer, team up in a high-profile murder trial.

The Woman Who Walked in Sunshine by Alexander McCall Smith
The latest in McCall Smith’s beloved No. 1 Ladies’ Detective Agency series.

All Dressed in White by Mary Higgins Clark and Alafair Burke
A missing bride proves the catalyst for intrigue, revenge and romance.

A Girl’s Guide to Moving On
by Debbie Macomber  A single mom finds romance with the polar opposite of her unfaithful ex-husband.

Luckiest Girl Alive by Jessica Knoll One of the estimated 436 billion books with the word “girl” in the title, Jessica Kroll’s debut novel is about a woman with a seemingly perfect life who must come to grips with horrifying events that happened when she was a teenager.

Tricky Twenty-Two by Janet Evanovich Evanovich’s 22nd Stephanie Plum novel, in which the bounty hunter gets involved in a murder investigation on a college campus.

Blue by Danielle Steel
A woman who lost her family in a car accident pieces her life together and travels the world as a human rights advocate.

Girl on the Train by Paula Hawkins Rachel, whose life is in shambles following her reliance on alcohol to get her through her divorce, is drawn into a mystery when she witnesses a disturbing scene from the window of her commuter train.

At the Water’s Edge by Sara Gruen Maddie Hyde, her husband, Ellis, and Ellis’s best friend, Hank, search for the Loch Ness Monster in the midst of World War II.

The Girls of Mischief Bay by Susan Mallery Three women with little in common discover that friends can be family. First of a series.