A TASTE OF FRANCE  After four successful years in Lawrenceville, owners Lisanne and Fabien Moreau are opening a second location of La Gourmandine, their artisan French bakery, at 300 Cochran Road in Mt. Lebanon.

While Moreau says he doesn’t have a definite opening date, work will take place over the summer and he’ll announce the opening date on Facebook as it gets closer.

Moreau, who was born in a suburb of Paris and studied at LeNotre, says everything at the bakery is hand made from scratch and as such, has a very limited shelf-life. Produce will be purchased fresh daily and they will use no premade ingredients. While the bakery will have a few tables, most of the food will be made to go. Special orders are available with at least 48 hours notice. The site has room for 10 parking spaces. The former bank location building caught Moreau’s eye as he drove to work from his Upper St. Clair home.

Expect similar offerings as the Butler Street location: beautiful French baguettes, tarts, croissants, sandwiches, quiches and rustic treats such as clafoutis—cherries covered with a flan-like batter. Tastes are simple and made with top quality ingredients. Nothing is fried. One of the signature items? Croissant aux amandes, a croissant filled with almond cream and sprinkled with almonds. Swoon.

La Gourmandine is expected to be open from 7 a.m. to 6 p.m. Tuesday through Friday, and 9 a.m. to 2:30 p.m. on weekends. www.lagourmandinebakery.com

NEW NAME IN REAL ESTATE Office Manager Tony Mete is pleased to announce that Prudential Preferred Realty, 1679 Washington, is now an independently owned affiliate of Berkshire Hathaway Home Services. Berkshire Hathaway Home Services, the new real estate brokerage network operated by HSF Affiliates, now accounts for more than 26,000 agents and 700 offices in 33 states since it began transitioning affiliates in September. Prudential officially converted its 18 offices at its April 17 meeting followed by a ribbon cutting on April 24.  Ron Croushore will continue to own the company and all business decisions will be made locally. 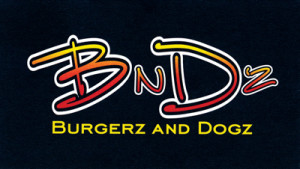 WHERE’S THE BEEF  The burger place that is one of South Park’s worst-kept secrets is opening a franchise on Washington Road. Burgerz and Dogz, which was Pittsburgh’s only entry in last year’s Urbanspoon Top 40 Fantastic Franks and one of just four local places in this year’s Zagat Between the Bun guide of must-try burgers across the country, is opening a second location at 663 Washington Road sometime in late spring.

Owner Doug Baros started Burgerz and Dogz in 2012 in response to what he and several others saw as a real business opportunity: “There was no really good burger place in the South Hills,” he says. “We use only hormone- and antibiotic-free grass-fed beef, we can tailor our menu to accommodate food allergies—there are not too many places around here that do that.”

Healthier options include vegetarian burgers and dogs, and a bison burger. According to the USDA, bison contains about a third of the calories and less than 10 percent of the fat of beef.

Along with the locally sourced beef, ground locally to a specific recipe, and buns from Cellone’s, he is working with Ryan Miller, owner of Betsy’s Ice Cream, to come up with an all-natural ice cream for the milkshakes he plans to debut at the Mt. Lebanon location, and carry over to the third Burgerz and Dogz franchise, slated to open in Washington, Pa., in late summer.

“I really believe in promoting the local economy,” says Baros. I got some tremendous help from Dino DeFlavio, the owner of D’s Six Pack and Dogs in Regent Square, when I started my place, and I think if you promote local businesses, instead of competing with them, everybody wins.”