A SIMPLE MAKEOVER Jace Cavanagh, owner of the Mt. Lebanon location of My Big Fat Greek Gyro, got one heckuva surprise when he got a call from the producers of The Profit, the CNBC reality TV show in which businessman Marcus Lemonis pays to overhaul a small business in return for a share of the company. They wanted to film at the store for the show’s second season. The episode aired December 9.

After a Skype session and meeting the producers and Lemonis, the restaurant got a complete overhaul, a new name, The Simple Greek, and a new menu full of healthy Greek food. The restaurant closed for a month for renovations and reopened November 3.

“He thought our whole process was typical,” Cavanagh says. The first thing Lemonis saw on Washington Road was a group of people running, but the food the store was selling wasn’t healthy.

Now, the restaurant is set up as an assembly line, where you get to pick what you’d like in your meal. “It’s like the Chipotle of Greek food,” he says. First you pick a base, like pita, and then add ingredients such as rice or lettuce, then a protein, such as steak, souvlakia or lamb (or lentils and veggies for vegetarians.)

The overhaul included subway tile on the wall and new floors, and new equipment such as a rice cooker and an oven that bakes the store’s spinach pies and cheese fries, among other dishes. Everything is made fresh each morning.

The Pepsi machine is gone and in its place is a new waist-high half-cooler. AT&T provided a new point-of-service system to complete sales, and allows the store to charge for items on the road, through iPhones and iPads.

“Meeting [Lemonis] was awesome. He was such a nice guy,” Cavanagh says. “He let me put my input into it.” Cavanagh also has a sweat equity investment—during remodeling, he was on hand, doing long days of work.

Cavanagh said the show paid for everything, and although he didn’t have an estimate for how much it cost, he says it was “a lot.”

One of Cavanagh’s favorite dishes is the Village Salad, a side dish of fresh cucumbers, tomatoes, onions, feta and olives in a dressing of olive oil and vinegar.

The Mt. Lebanon store will be the guinea pig for the rest of the locations, in Wexford, Cranberry, Market Square and Peters. Plans call for the chain to expand franchises across the United States.

PAINTING WITH A TWIST What’s the twist? Wine. At Painting With A Twist, which opened in November at 250 Mt. Lebanon Boulevard, customers are free to bring their own wine (or any beverages), food and friends and try their hands at painting their own version of an art classic in a party atmosphere.

“Most people come in and didn’t think they could paint like that,” says Jamie Orlando, who owns the franchised studio, along with his wife, Nicole. The couple has had a wildly successful Painting With A Twist studio in Robinson for 19 months.

The most popular classic? Van Gogh’s “Starry Night,” by far.

The studio provides the painting supplies (and cups!). Customers may attend a class with some friends or book a private party in the party room, an option popular for bachelorette groups, kids’ parties and even corporate team-building events. Hours vary, but they have openings evenings and weekends so you and your friends can enjoy the creative process, although sometimes as the night wears on and the wine flows, the standard of beauty could drop like a limbo line at a frat party.   “It’s therapy. It’s good to get away from things,” Jamie says he hears his customers say.

He does emphasize that it’s not a lesson; you do a painting, but “You’re not bogged down by learning.”

See the calendar and make reservations. 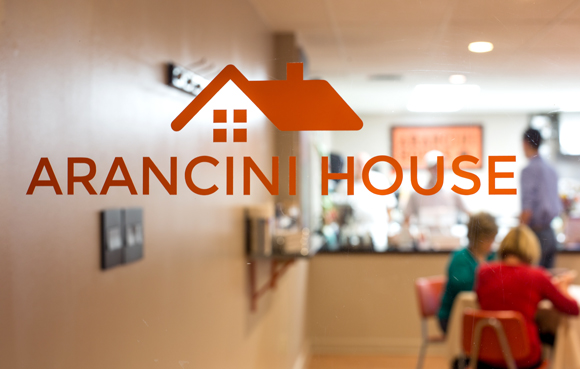 SICILY COMES TO TOWN The only problem with talking to Joe Reale about his new restaurant, Arancini House at 615 Washington Road, is that the more he talks, the more your mouth waters, and then it gets hard to ask questions.

Reale and his father-in-law, Emanuel LaCommare, from Sicily, have 35 years of restaurant experience (Reale declined to name-drop because he wants to stand on his own merits), but they are most attracted to Sicilian street food, and they believe it has a perfect home on Washington Road.

Take, for example, the eponymous arancini (which translates to “little oranges”): It’s a ball of risotto, made with imported Arborio rice, filled with meats or vegetables, fried to a gooey, melt-in-your-mouth consistency. It’s an entire baseball-sized sandwich that fits in your hand and is meant to be eaten on the go (although the restaurant has tables if you prefer to sit while eating so you can catch anything that dribbles down your chin.)

“Everything’s all in there,” Reale says, calling it Sicily’s hot dog. “It’s the working man’s sandwich.”

The signature $4 arancini has Bolognese ragu with peas, but Reale also expects big things out of the “al burro” version, which has béchamel, prosciutto di cotto and peas. “We want to stick to being as genuine as we can,” he says. “We just want to do something different.”

But save room…because they also carry two special desserts: handmade cannoli and Nutella balls, risotto with the delightful hazelnut filling and cherries, rolled in cinnamon sugar. Completing the menu are salads and beverages.

The restaurant is set up so customers can walk in and pick up their food and be out the door in five minutes.

Reale says the staff is pretty much LaCommare, and himself with Reale managing the front of the house, giving him the opportunity to meet customers.

“I want to talk to people about the history of everything,” he says. “We are really passionately connected to our food.”

CALL FOR ENTRIES The Mt. Lebanon Partnership is gearing up for next fall’s Artists’ Market, September 26-27, 2015, in the Washington Road business district. The juried fine arts festival, which debuted last fall, will feature 60 to 80 booths offering professional quality, original art in a variety of media, including two-dimensional work, jewelry, wood, sculpture, glass, ceramics, fiber, wearables, mixed media and leather. Winners will receive cash awards and other incentives, and there is a limited amount of free housing for out-of-town artists. The market will also feature food trucks, entertainment and art demonstrations. Application deadline is May 1. Download the application and the rules here  or contact event co-chairs Wendy and Steve Denenberg at createaframe@verizon.net or  412 341-1744.