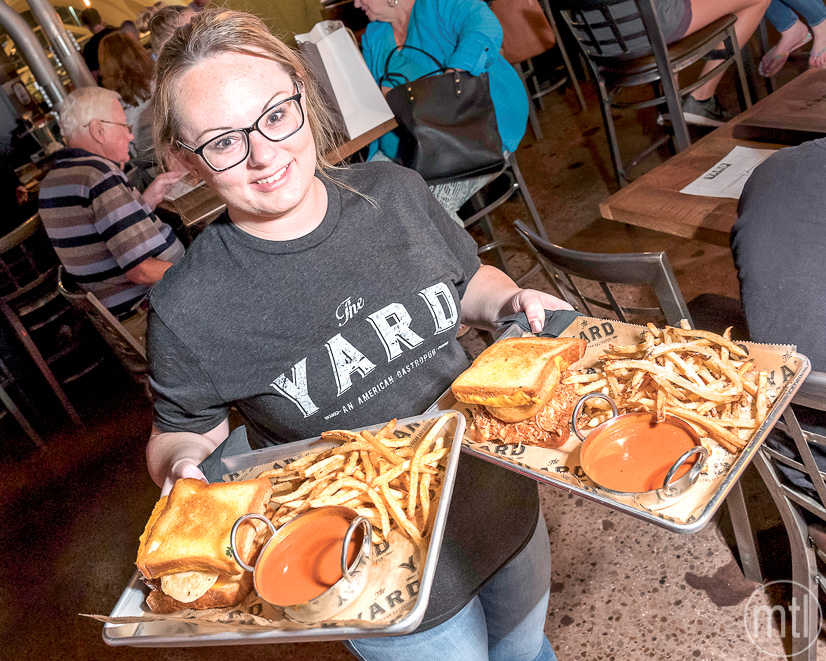 GRILLED CHEESE CENTRAL The Yard, a gastropub with locations in Market Square, Shadyside and a satellite at PPG Paints Arena, has opened its newest location in The Galleria. Choose from a list of 28 gourmet grilled cheese sandwiches. Pictured above, server Maghen Warren. theyardpgh.com/menu/mtlebo-menu/

PUTTING DOWN ROOTS Tom and Shadley Centofanti, co-owners of Roots Chiropractic at 302 Castle Shannon Boulevard, offer naturally healing chiropractic services that restore and rebalance the body without surgery or drugs. Both Tom and Shadley received their doctor of chiropractic degrees in February from Palmer College of Chiropractic. Both were kinesiology majors at Michigan State. Tom focuses on education and specifically customizes treatments for his patients. Shadley focuses on chiropractic services for families, children and pregnant women.

The name for Roots Chiropractic came as the couple both decided to put down roots in Mt. Lebanon, on Poplar Drive. They moved here also to be close to Shadley’s grandparents, who live on Orchard Drive.

Both Tom and Shadley like the idea of helping people naturally by realigning, rebalancing and restoring the body without drugs or surgery. Shadley had an injury to her lower back while at a soccer tournament in Sweden. This injury required chiropractic treatment sparking her interest in the field of chiropractic medicine. Tom initially thought his calling was physical therapy, but when he learned more about chiropractic medicine, he became more interested.

For more information contact Roots Chiropractic at 412-502-2297, or visit www.rootschiro.com. 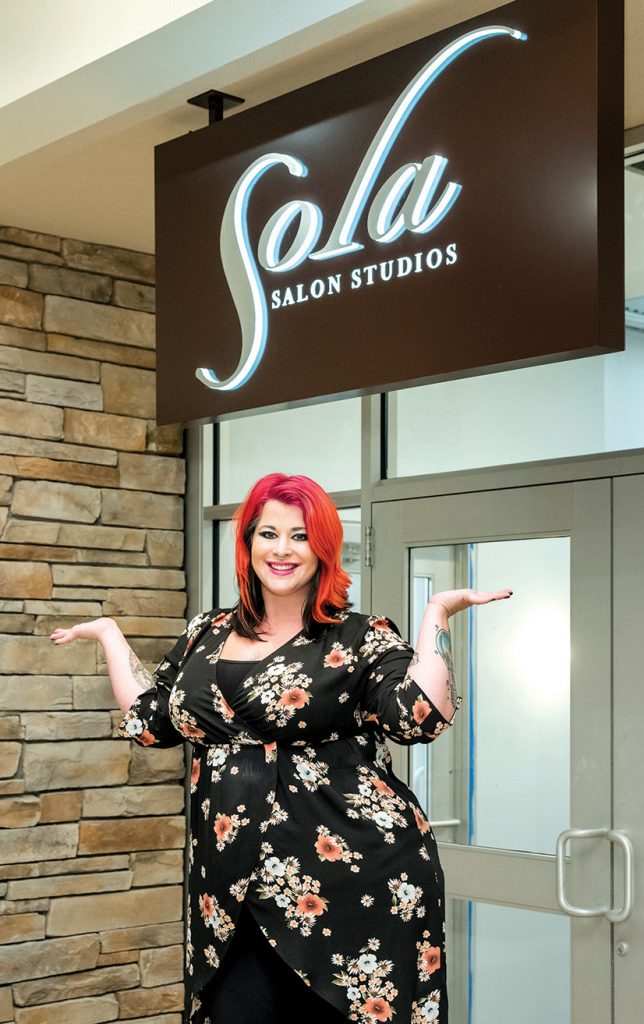 CHAIRS FOR RENT At Sola Salon Studios, in The Galleria, beauty professionals can lease salon space to start building a customer base and eventually own their own salon. The space provides at least one chair, sinks, shelving, outlets and wireless internet.

SMALL BUSINESS SATURDAY On Saturday, November 25, give the malls and the outlets a break and head over to one of Mt. Lebanon’s business districts for Small Business Saturday. Some businesses are planning sidewalk sales and there will be free parking on Washington and Beverly roads.  For more info on our local businesses and districts: www.mtlebopartnership.org.