Good afternoon, Chairman Greenleaf and distinguished members of the Committee. Thank you for the opportunity to testify today regarding best practices for law enforcement. My name is Coleman McDonough, and I have been serving as the Chief of Police in Mt. Lebanon, Allegheny County, for six years. Prior to this position, I served with the Pennsylvania State Police for 24 years, holding a variety of operational, administrative and command assignments across the Commonwealth at every level in the agency. My last assignment prior to retirement in 2008 was that of Deputy Commissioner of Staff.

I am here today with Chief McNeilly representing the Allegheny County Chiefs of Police Association, and I’d like to talk about some of our current collaborative efforts with the CJAB and with the District Attorney’s office to implement several nationally recognized, evidence based best practices in our member agencies here in Allegheny County.

As Chief McNeilly aptly stated, the members of our Association recognize the need for changes in policing to keep pace with emerging technology, advances in criminal justice research and changing citizen expectations of their police. As Chiefs, we are deeply invested in improving the police profession, and thereby serving as responsible stewards of our respective agencies and of the public trust. One of our Association’s core purposes is to enhance training and education for municipal police. One means we do so is via the development of model policies for police departments in Allegheny County. I’d like to highlight two recently adopted model policies. The goals of these policies are to obtain the highest quality evidence in order to identify and prosecute those guilty, while excluding those who are innocent.

The first best practice policy is our Eyewitness Identification Policy. In this policy, to maximize accurate and reduce mistaken identifications, we adopted the use of a sequential rather than a simultaneous photo array. Through the use of a checklist, we ensure officers conduct each ID procedure the same, including selection of fillers, standardized instructions to witnesses (including that the lineup may or may not obtain a guilty suspect), documentation of the process, etc. We also incorporated “blind” administration of the array, when feasible, by an officer without knowledge of the suspect’s identity, to reduce the chance of any conscious or unconscious influence on the witness. At every step of the process, the policy emphasizes the requirement for a fair and objective identification.

The second policy I will summarize regards the audio and video recording of custodial interrogations. The goals of this policy are to enhance the investigation and the prosecution of a crime by preserving the statements of accused persons, and defending against defense claims of deprivation of the right to counsel or the right against self-incrimination. By doing so, we can enhance public confidence in our investigations and in the integrity of convictions.

The policy requires electronic recording of custodial interrogations in serious crimes and calls for the administration of Miranda warnings on tape before any statements are taken. If recording is not conducted for any reason, including any of the exceptions to the requirement built into the policy, the reasons for non-recording must be documented on the recording (if possible); if not, then in the written investigative report. Again, specific procedures are standardized via a checklist that accompanies the policy. Currently ten police departments in the county are participating in a pilot project using video cameras funded by the Allegheny County Chiefs Association. 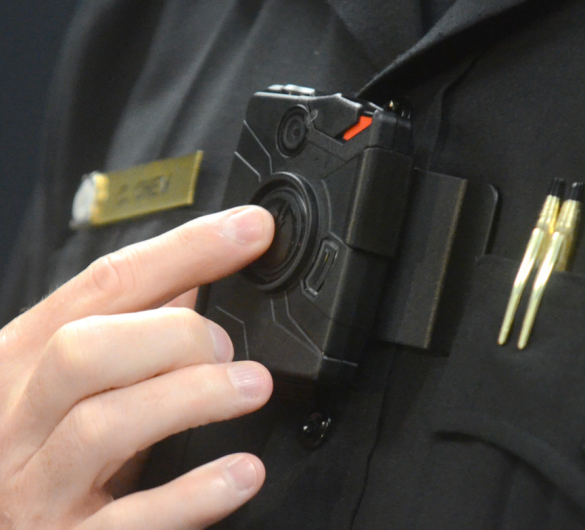 Another model policy bears mentioning, and it concerns the use of body worn cameras by police officers. In the wake of highly publicized police incidents in Ferguson, Missouri; in Staten Island, New York; and in Cleveland, Ohio, the call for police agencies to outfit their officers with Body Worn Cameras resounds across the nation. We recognize the potential benefits of body cameras; some studies have indicated their use may reduce citizen complaints against officers as well as the number of police use of force incidents. Other potential benefits include enhanced documentation of police incidents and evidence; increased accountability and transparency on the part of police agencies; and the availability of video evidence to help resolve disputes of fact.

While recognizing the benefits of body cameras, we must also ensure that the public and public officials recognize that body cameras are not a panacea. Like current in-car camera technology, body cameras will not provide a complete version of an event. They can provide additional video documentation, but they do not capture the whole story or entire scene. Body camera video does not mirror the perspective of the officer at the time of an incident; the position of the camera and the direction it is facing does not always coincide with what the officer sees or faces. Nor will the video include other factors known to or perceived by the officer that could impact the officer’s judgment and decision-making, such as events beyond the scope of the camera, the officer’s “reactionary gap,” or the difference between human vision and the camera’s video recording abilities. All these factors must be taken into consideration, and body camera video can supplement but cannot replace a complete and comprehensive investigation of an incident.

Our body worn camera policy was formulated on current Pennsylvania law; specifically, the Wiretap Act, as well as U.S. and Pennsylvania search and seizure-related constitutional case law. Current law presents unique challenges to the most safe and effective usage of body cameras, and to the efficient administration of a body camera program. For example:

In addition to legal challenges, issues related to the real cost of body worn camera programs in Pennsylvania remain an unknown. At minimum, these costs include the cameras; evidence/video management software; training costs; audio/video storage; and personnel costs associated with uploading, storing, managing, and reviewing and responding to Right to Know Law requests.

I bring up these challenges related to body worn camera programs for a reason — not to discourage police departments from investigating the benefits of these cameras to their agencies and to the public we serve, but to caution those who would rush into the purchase and use of these devices, and those who might legislate usage of these devices, prior to seeking workable solutions to these challenges. Recently a mid-state newspaper quoted an ACLU spokesperson who pointed out the need to take enough time to put together a comprehensive policy that covers all the various constituent concerns before rushing in to place BWCs on our officers.

I would echo the ACLU’s concern, and I would point out some of the potential perils associated with legislating body worn camera policy at this time. Given the unknowns of body camera usage in Pennsylvania, if our initial assumptions prove to be wrong, or if further research reveals a better practice, legislative mandate could limit our flexibility and ability to adjust our policy and practices. In Allegheny County, police departments vary in size from one officer to 850; one size may not fit all. We need more practical experience with these devices before we can accurately define the best practices for their use as well as accurately judge the real costs of implementation.

If the Legislature wants to help law enforcement in our pursuit of best practices related to body worn cameras, you can take steps to eliminate some of the current challenges to safe and effective body camera implementation. First of all, eliminate the current Wiretap Act prohibition on body worn camera recording within residences. Secondly, eliminate the requirement to provide warnings to citizens that a police officer is audio/video recording them with a body camera (or in-car camera). Consider revision to the Wiretap Act that would allow Pennsylvania to join the 38 other one-party consent states. Given the possibility of burdensome Right to Know Law requests for body camera video, I would ask you to consider revising the RTKL to add another exception to the law so that frivolous requests do not impair law enforcement’s ability to respond to legitimate requests for information.

Lastly, our courts have repeatedly recognized that police officers’ actions should not be judged in hindsight in the cold light of day, but instead from the perspective of a reasonable officer who had to make a decision in a volatile situation, based on his or her perceptions at the time of the event. Similarly, police officers should not be subject to potential criminal or civil sanctions for unintentional wiretap violations. A good faith exception to the Wiretap Act for an officer’s inadvertent recording in a prohibited location, or for failing to record when required, would go far to assure our officers that the intent of the law is to enable the police to improve our services, not to play “gotcha” when officers err in the heat of dynamic police activities.

On behalf of the Allegheny County Chiefs of Police, I strongly urge you to give Pennsylvania’s professional police chiefs the opportunity to develop and implement well-considered evidence-based policies for best practices. Through our various chiefs’ organizations, allow us to come to you to request legislation when and where it is needed. Working together, we can provide the best possible police services to the citizens of the Commonwealth.

Allow me to thank you again for the opportunity to address your committee, and Chief McNeilly and I would be happy to try to answer any of your questions.