Sometime this spring, Mt. Lebanon staff will begin work on a new trash hauling contract, which will go into effect in January of 2019. Although almost two years remain on the current contract, a lot of work must take place and several decisions made by the end of this year so that Mt. Lebanon is able to specify what it wants to have included in either the general bid or as add-on options.  It is possible but not probable that Mt. Lebanon could go through a separate bidding process; that needs to be considered, too, along with any potential changes to the collection system that might be more cost-effective or provide a higher level of service.

Mt. Lebanon’s current contractor is Republic Services, which picks up trash every week and recycling every other week.  Under the current contract, Mt. Lebanon will pay $1,685,575 for refuse and $338,685 for recycling collection in 2017. Residents have a limit of 50 pounds per trash can.

Other trash-related costs this year (not part of the contract) include $12,290 for five curbside collections and seven drop-offs for yard waste; $3,000 for paper shredding events. Mt. Lebanon also arranged for six electronic  recycling events at no cost to the municipality.

Mt. Lebanon is a member of the South Hills Area Council of Governments (SHACOG), a 22-member organization composed of South Hills communities. SHACOG does the heavy lifting when it comes to putting contract bids together, not just for trash collection, but for everything ranging from road salt to heavy equipment purchases. The SHACOG bidding process works smoothly and usually offers cost savings.

“Routinely, SHACOG is looked to for its standards of excellence,” says Finance Director Andrew McCreery, who, along with Public Works Director Rudy Sukal, works closely with SHACOG on developing Mt. Lebanon’s section of the bid document. “Other COGs look to SHACOG,” says McCreery.

Mt. Lebanon, like every other community in Pennsylvania, was mandated in 1988 by the state Department of Environmental Protection’s Municipal Waste Planning Recycling and Waste Reduction Act, better known as Act 101, to collect solid waste and recycling from residences. Businesses and institutions are responsible for arranging and paying for their own collection. Residential trash collection in Mt. Lebanon is paid for with tax money.

The goal of Act 101 was to cut down on the environmentally unfriendly practice of depositing large amounts of solid waste in landfills, where bottles, cans and other items can become toxic and pollute the ground while decomposing.

Although some Mt. Lebanon residents initially found the change to recycling burdensome, most people adapted fairly quickly and today many would like to see more recycling. 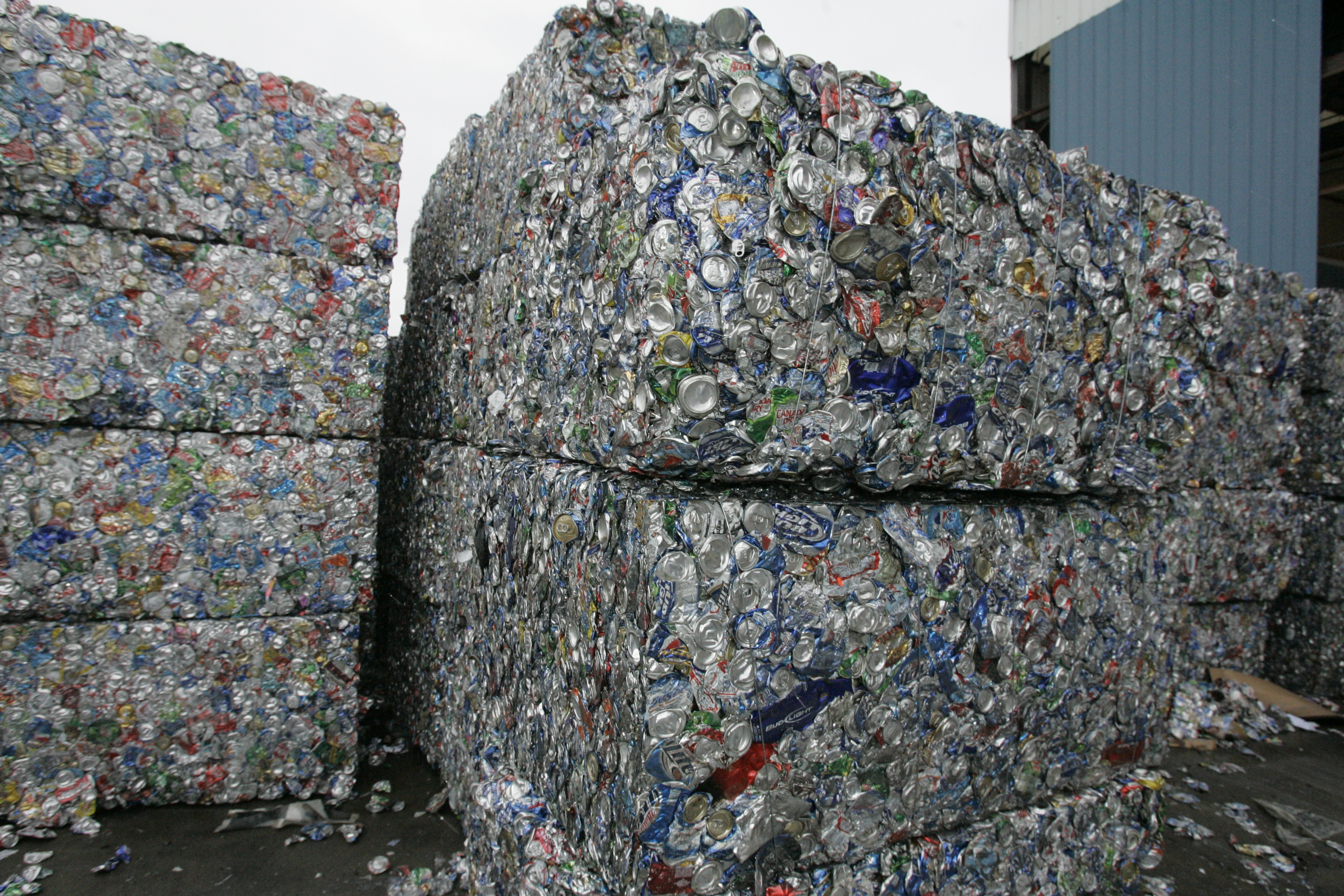 Today, more than 94% of Pennsylvanians have access to recycling.

With the SHACOG bidding process, each municipality can pick and choose from among the various extras and can include any requirements specific to their community, but a municipality must select a single waste hauler from among the bidders to handle everything included in their individual contract. In 2013, the time of the last contract, there were two bidders, Republic and Waste Management, which had Mt. Lebanon’s previous contract.

“The joint bid process not only benefits the communities, but it also benefits the contractors,” say Sukal. “Instead of reaching out to each community, all the information is in one place, and the contracts all run for the same period of time.”

The most recent 211-page bid document included a breakdown of each municipality, its size, population, number of road miles, number of residential units, whether or not the contract also includes apartment buildings, hours that trash pickup is permitted and other information essential in bidding the job. 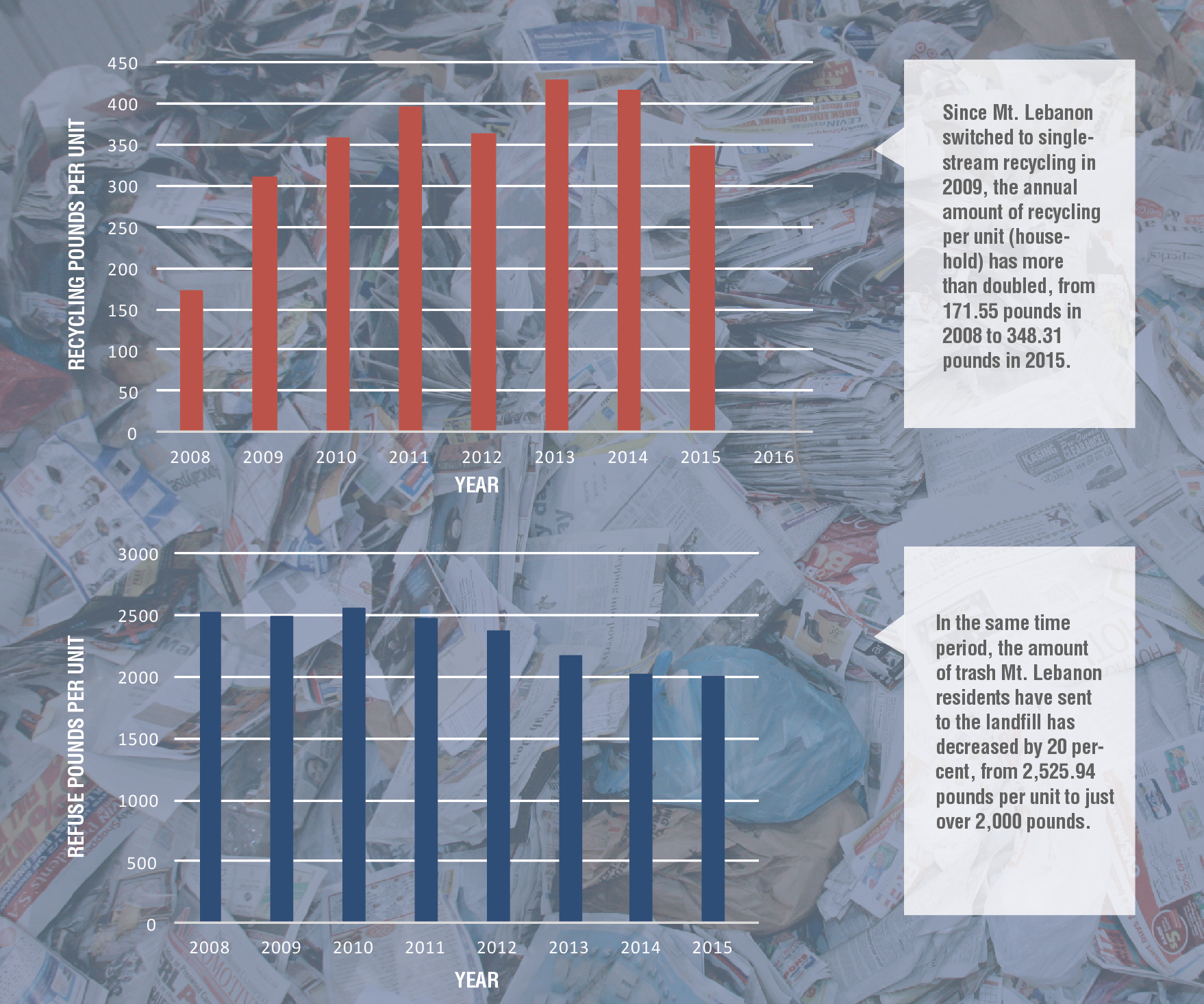 Since switching to single-stream recycling in 2009, Mt. Lebanon has doubled the amount of material it recycles and significantly reduced the amount of waste that goes to the landfill.

Discussion will take place over the summer about what should be included in the upcoming contract. In 2013 the bidders offered prices for switching to an automated cart system for recycling, which would have added about $300,000 a year to the contract. The 2013 document also contained a cost for switching from biweekly to weekly recycling, which would have increased the amount by about $320,000 per year. Mt. Lebanon did not opt for either of their options, although those or other options that might be more cost-effective or improve the level of service could be considered for the next contract.

Single-stream recycling allowed residents to recycle additional items and co-mingle all recyclable items in the same container, marked with recycling stickers and placed curbside. Recyclable material is processed at Greenstar Recycling plant on Neville Island. In 2015 (the most recent figures), residents recycled an average of 348.31 pounds per household—up from 171.55 in 2008—and sent an average of 2,000.51 pounds of trash to landfills, down from the 2008 figure of 2,525.94.

Although the numbers look good, Mt. Lebanon will be looking at ways to improve them in the provisions of the next contract. 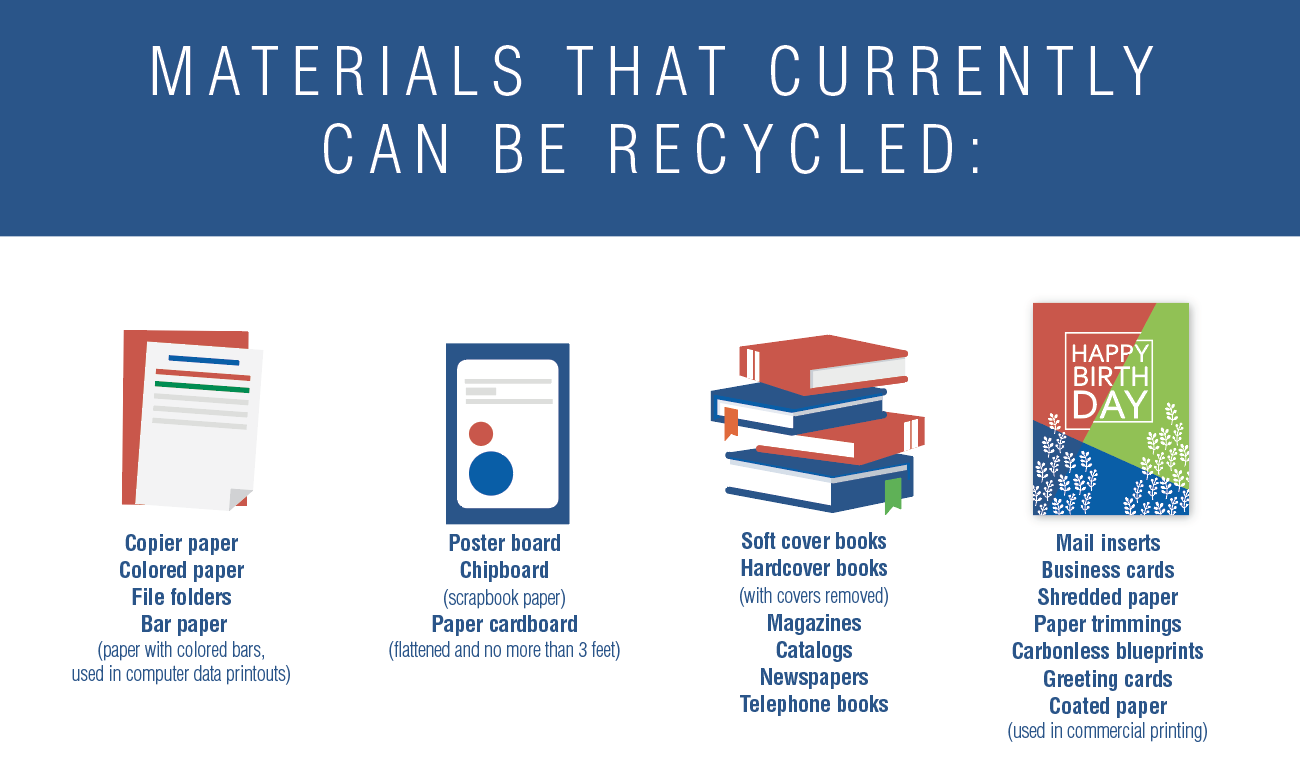