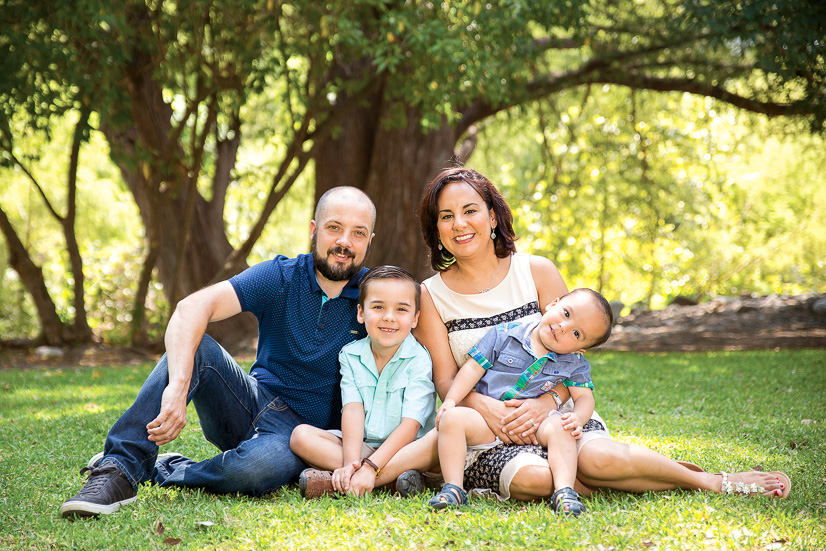 Leticia “Lettie” Galarza laughs when she notes that she and her husband, Nathan Hillier, call their children their “little Welsh-icans.” It’s a cute term of endearment but also indicative of the kids’ diverse background.

Mom is Mexican, having been born in Mexico City and raised in Monterrey. Mexico’s third largest city. Dad is Welsh, but came to the United States through his job at IKEA. The pair met through Lettie’s cousin, who worked with Nathan, and they got married during the 10 years they lived together in Texas. Last year, however, Nathan was transferred to Pittsburgh, and the two quickly decided to make Mt. Lebanon their new home.

“The reason we picked Mt. Lebanon was because it had a bright reputation with schools,” Lettie says. “That was something we were looking for, because we have the little ones. And, besides that, the neighborhoods are amazing. We didn’t look anywhere else.”

Those little ones she refers to are Ben, 6, and Luke, 2. The family lives in Sunset Hills with Ben attending Howe Elementary. And now that they’re here, Lettie hopes they can make the stay permanent.

“Our experiences have been fantastic,” she says. “When you work in retail [as Nathan does], it’s like a military job these days. You can’t stay one place forever. But we have loved it so much that we would try to find a way to stay here.”

As an immigrant living in America, Lettie is keenly aware of the political division that the country as a whole seems mired in these days. However, she’s thankful the prejudices that dominate the news haven’t been an issue for her family in Mt. Lebanon. “Our neighbors have been very welcoming,” she says, noting that some of them have differing political views, but that has never led to any bad blood. “I know it’s an area of mainly white people, but we’ve never felt out of place at all.”

She admits to worrying that her children could run into prejudicial behavior at some point but chalks it up to typical “mom worries”—not much different than the concerns about bullying that most every parent has.

Meanwhile, at home, the family celebrates their diverse heritage as much as possible. Nathan and Lettie will trade off in the kitchen, him cooking Welsh meals, her preparing Mexican dishes. They’ve made sure the children are bilingual in English and Spanish, and this past summer the family traveled to Mexico for five weeks to visit family members and immerse the kids in the culture.

Still, it seems like Mt. Lebanon quickly has become what they call home. “When we lived in Texas, we didn’t even know the names of our neighbors,” Lettie says. “Here we know everyone’s names. It’s a whole new experience. We thought this move would be temporary, but we totally plan on sticking around now, ideally.”

The Mt. Lebanon Community Relations Board is an advisory board to the municipal commission that serves as a resource for anyone who has experienced discrimination or whose civil rights may have been violated. Residents are invited to observe or to speak at the board’s monthly meeting at 6 p.m., the second Wednesday of each month in the municipal building. Or residents may speak confidentially with a board member, who can offer advice or help arrange a mediation. To be put in touch with a board member, email staff liaison, smorgans@mtlebanon.org.