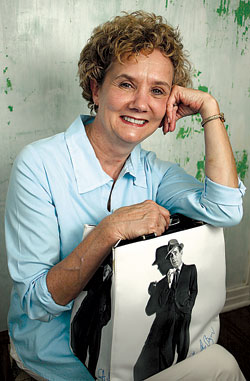 In 1988, CINEMA PARADISO set the bar for relationships that bridge the generations. In this gem of a memory piece, Salvatore looks back on his friendship with the much older film projectionist, Alfredo. Who can forget the stunning film clip gift Alfredo left for Salvatore? Each of the following movies explores trust, wisdom, and fallibility.  Two stories play out against the backdrop of Revolutions. All but one deal with abandonment. We meet two septuagenarians and one handsome stranger, hear some serious lying and witness four first performances by kids who never overact but rather find a way to make us believe their stories. There is not a whiny smart mouth in the bunch. 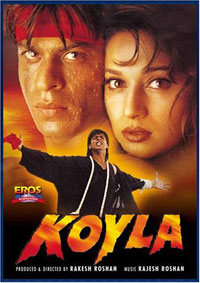 The Czechs know how to make movies. Battered by history, their filmmakers brilliantly mix absurdist humor with the profoundly serious. During the 20th century, the Czechs became watchful people, living on the razor sharp edge of occupation or liberation. Vaclav Havel, the President of the The Czech Republic from 1993 to 2003, observed that during generations of occupation the Czech people learned “not to believe anything, to ignore each other, to care only about ourselves.” Kolya begins here. The year is 1989. The Russians have occupied Czechoslovakia since 1948.  A disgraced symphony member, 55-year-old Franta Louka, gets by playing at state-sanctioned cremations, tending cemetery plots and finding comfort with a variety of attractive women. Louka faces financial difficulties and accepts a friend’s moneymaking scheme—marry a young Russian woman who will pay him for her Czech citizenship. The wedding takes place, and Louka and the lady go their separate ways. But nothing can be that simple. Little missy has a 5-year-old boy, Kolya, and a scheme of her own. She slips away to West Germany, leaving Kolya with his grandmother. The grandmother dies, and Louka reluctantly takes charge of his “stepson.” It’s hard for Louka to maintain his lifestyle once the tiny intruder invades his space. He can’t tell the kid to sit in the corner and be quiet, because Louka speaks no Russian and Kolya speaks no Czech. They can’t even communicate about slippers. Even though we may not understand a Czech “red” from a Russian “red,” we get the humor. Their relationship develops cautiously until we know they belong together. As Czechoslovakia moves toward political and social transformation, Louka, a proper Czech, remains wary and weary of political promises. He’s heard it all before. His concerns are children’s shoes, cartoons and lying to his mother about Kolya’s identity. The Velvet Revolution brings change to Czechoslovakia and to Louka’s life. The story ends as it must, and Louka accepts its resolution. After all he is a Czech. 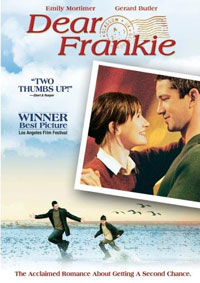 Living by the sea in Glasgow, 9-year-old Frankie (Jack McElhone), who is deaf, loves his mom, Lizzie (Emily Mortimer), but it’s the letters he exchanges with his merchant marine father, Davey, that light his world. Estranged from Lizzie and gone since Frankie’s babyhood, the dad recounts adventurous seafaring tales. Frankie responds with stories about his life and his dreams. Frankie may not be able to hear, but he’s smart and well-adjusted. When the school bully write Def Boy on the back of Frankie’s chair, Frankie corrects his spelling. On a large map in his bedroom, Frankie charts the route of his dad’s ship, the Accra. One day the Accra docks in Glasgow and Frankie anticipates a visit from his Da. Except Frankie’s abusive father was never a merchant marine or on the Accra. Frankie’s correspondences have been with his mother who maintains a post office box where the letters are sent and received. Lizzie must hire a father for two days in order to keep her well-intended lie alive. The plot thickens, but the story stays focused on the developing relationships between Frankie, Lizzie, and The Stranger (Gerald Butler) The director/cinematographer, Shona Auerbach tells the story through visual details—a ripped photograph, Frankie’s fingers caressing the edges of ships on the decorative tiles that grace the hall of his apartment building and doors opening and closing.  Auerbach appreciates silence, allowing the story to develop through small gestures, expressions and revelations. The recurring motifs of doors and silence leads to a breath-holding moment near the end of the film. The ending may surprise, but we sense the story isn’t over.

BEST BONDING MOMENT: Frankie and The Stranger skip stones along the shore.

PAY ATTENTION:  Early in the movie, Lizzie tells Frankie’s teacher that he is a champion lip-reader. 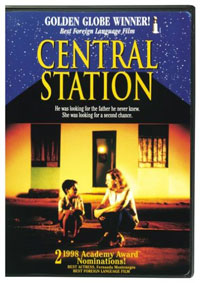 A self-centered survivor, like Louka in Kolya, Dora’s writes deceptive letters without the loving intentions of Lizzie in Dear Frankie. Retired from teaching, 70-ish Dora (Fernanda Montenegro) sits behind a rickety desk in Rio de Janeiro’s Central Station, where 300,000 people pass through daily. She writes letters for illiterates who hope to locate lost relatives, communicate with friends, or complain about services. Brittle and judgmental, she decides which letters to send and which to toss. Ana and her 9-year-old son, Josue (Vinicius de Oliveira), approach Dora’s desk. Ana’s dictation is a cathartic message designed to make Josue’s absent father feel guilty. Dora takes the letter home, condemning it to the purgatory drawer. As a pseudo-god, she will decide its fate. But the next day Ana and Josue return and Ana’s second letter suggests a meeting. The distance is great, but Josue needs to know his father. Ana steps off the curb into the path of a bus and Josue’s life changes forever. Dora watches and turns away. For several days Josue wanders Central Station and Dora watches—and still turns away. When she can no longer look away, Dora’s and Josue’s lives change. Central Station knits together genres—adventure, self-discovery and physical journeys, as Dora shepherds Josue into the Brazilian countryside in search of his wayward father. They travel on trucks and buses through small towns and vast empty spaces far from the crowded glitter of Rio. The tension between Josue and Dora crackles, as these two wounded souls metaphorically circle each other. In a remote town, they are swept along by hundreds of pilgrims who have come to venerate the Virgin of Light. Visually stunning bursts of color and radiance transform reality into a dream world, and in this space, Dora with the help of Josue, writes letters for the pilgrims. This time she mails them. In the end, this journey is not about finding an absent father.

PAY ATTENTION: Watch for a reverse of Michelangelo’s Pieta. 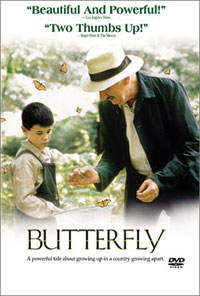 The opening shots of Butterfly document the land and people of Galicia, Spain, through sepia photos from the early 20th century. Rural life looks simple and orderly. But during the 1930’s, the Spanish lived with the growing tension between the Republicans who championed freedom and the Nationalists who opposed democracy. Against this political backdrop, BUTTERFLY’S insular town seems blessed with friends, families and fellowship. The townspeople celebrate Carnival and gather along the river to enjoy food and music. Rosa, Ramon and their sons, Andres and Moncho, are prototypes for the Cleavers. Asthmatic 7-year-old Moncho (Manuel Lozano) beginning school a year late approaches this new experience anxiously, clutching his mother’s hand. Don Gregorio (Fernando Gomez) has seen it all in his 50 years of teaching and knows how to make Moncho’s transition practically painless. Respected and wise, Don Gregorio is a knowledgeable botanist who introduces his students to the wonders of bugs and butterflies in the fields around the town. He draws closer to Moncho’s family after helping the fragile boy when he suffers a serious asthma attack. As their relationship develops, inquisitive Moncho asks questions and Don Gregorio answers: Moncho: Is there a hell? Don Gregorio: What does your mother say? Moncho: Do butterflies have tongues? Don Gregorio: Yes—a proboscis. But BUTTERFLY is not a bucolic travelogue. Don Gregorio is too enlightened, the times too volatile and the townspeople too fearful. Panic and darkness overwhelm the love of freedom. The story becomes tense and all too believable. The last scene seers, and the mesmerizing final shot slips from color to black and white, reminding us of Picasso’s Guernica and the Spanish artist Goya’s words: The sleep of reason produces monsters.