One of the things people love about Hudson, Ohio, is the Case-Barlow Farm, a 19th-century farm rich in local history, including being a stop on the Underground Railroad. Last year, the Hudson Community Foundation donated $2,000 to restore and rebuild the foundation and the main floor of the property’s original barn.

People who live along Lake Chautauqua love…Lake Chautauqua. Last year the Chautauqua Region Community Foundation gave the Chautauqua Lake Association $22,500 to do a cleanup that removed more than 2,000 tons of vegetation from the lakefront around Bemus Point, Lakewood and Maryville.

These projects were funded by money from two of the more than 700 community foundations in the country. The foundations vary greatly in size and breadth, but every one of them operates from the same central philosophy: What do you love about your town?

Funded by charitable donations, community foundations provide money for projects or initiatives within a community that tax money may not fully cover.

The inspiration for the Mt. Lebanon Community Endowment, a 501c3 community fund, came from former Commissioner Dale Colby, who suggested it in a June 2003 Commissioner’s Column in this magazine.

Colby, who died in 2010, was a financial planner. He was instrumental in founding the endowment and organizing its first board, with the idea of building a permanent fund to support and preserve Mt. Lebanon’s character, and encourage donors to think about ways they would like to help sustain the quality of life here. In 2009 the organization received its 501c3 status. Today the endowment has 21 board members and an executive director, Audrey Bode.

“Community endowments exist to help people improve and sustain the quality of life in their communities,” says Joseph King, a senior vice president at Citizens Bank and the chairman of the endowment’s board. “We match up needs with community interests. We want to match up residents with needs.”

The first community endowment came about more than 100 years ago as a matter of necessity. Like many financial institutions, the Cleveland Trust Company held several small charitable trusts that had been established over the years. Many of the trusts did not specify what charities should receive how much money, and the trust company’s attempts to search out deserving recipients was becoming burdensome.

So in 1914, Cleveland Trust banker Frederick Goff established the Cleveland Foundation, an independent entity formed solely to administer the funds that the trust company was responsible for.

An endowment is a simple concept: A donor gives money, which the endowment invests and uses the proceeds from the investment to give grants to the community. Donors can designate specific areas they would like to support such as education, the arts, nature, history, libraries and sports. 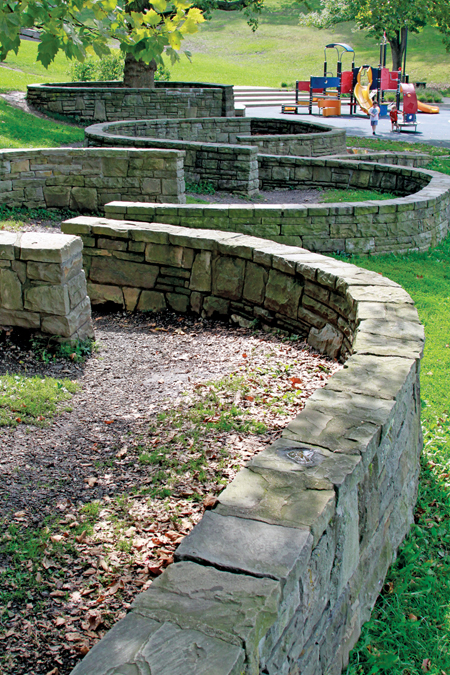 “The larger foundations, like the Pittsburgh Foundation, have a much wider focus,” says Bode. “There is nothing to address the long-term needs in Mt. Lebanon. The Mt. Lebanon Endowment can narrow in on community issues and projects.”

Earlier this year, the endowment donated $1,000 toward the purchase of a fully automated fire truck robot for teaching fire safety lessons to children. The department needs to raise an additional $7,300.

Previous donations have been to the Veterans Memorial Fund, the Mt. Lebanon Library and the school district. The endowment has given a total of $30,000 since 2009, in small grants, Bode says.

“Some of the services we have here are things that go beyond tax dollars,” says Rick Lerach, board member, Class of ’94, and a senior associate at Gateway Financial. “The key is that we are very accessible. Anyone who wants to participate can participate on some level.”

For donors who want to make a difference, one very obvious advantage of donating to a community foundation is the ease of turning over all of the administrative details. The fun part is writing the check and seeing the improvements, but there is a lot of unglamorous grunt work that has to happen before the ribbon cutting. Foundations allow donors to involve themselves as much—or as little—as they want in the grantmaking process.

“If you want to support the community, we can cut through the red tape,” Lerach says. “We can keep the records, navigate the regulations, we can court donors, just do a lot of back office stuff.”

With a field of interest fund, the donor’s money is invested and the annual earnings become available for grant making. The donor directs the endowment to make grants to recipients in one or more specific fields of interest, such as the arts, the environment, youth programs or sports, and the endowment chooses the specific recipients.

With a donor advised fund, the donor is actively involved in the grant making process, offering recommendations to the endowment’s board of directors.

Ruby Kang, the endowment board’s past president, has established the Kang Family Fund. The fund’s proceeds are directed by the endowment’s grant committee on a grant application process from various groups and organizations within our community.

“I feel it’s important to support the needs of our town as they come up in the application process, unique projects that we wouldn’t otherwise know about,” says Kang, a 1983 Mt. Lebanon High School graduate. 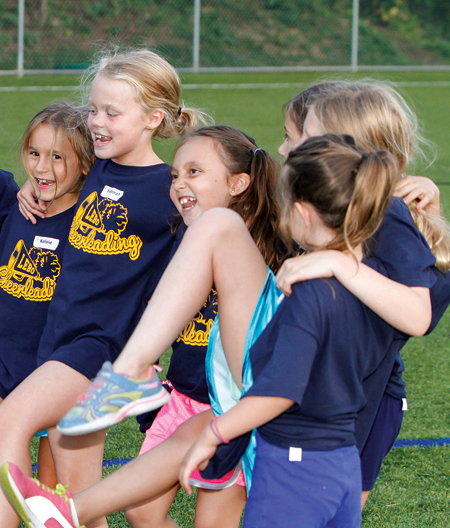 What does she love about Mt. Lebanon?

“I love the unique character of Mt. Lebanon and all of its community activities,” she says. “I believe the Mt. Lebanon Partnership is a very special organization that keeps our community vitally engaged at multiple levels. They help businesses to flourish, provide family friendly activities and help Mt. Lebanon to maintain its ‘buzz.’”

In addition to donating his time and expertise, King also supports the endowment financially.

“Mt. Lebanon is such a comfortable and lively community and there is a certain pride that every family seems to have that makes this place special,” he says.

“It’s hard for me to pick one area to focus on, which is why I contribute to the Community Impact Fund,” he says. “The Impact Fund provides the board with the flexibility to support the areas of greatest need at any given point in time.”

The board members all share a passion for the community, and the things they believe make it a standout place to live.

“All of us want the community to not decline,” Kang says. “We want to bridge the gap between tax revenue and additional services.”

King agrees. “We’re in for the long haul,” he says. “We want to benefit the future of the community. Find others who feel as passionately as we do.”