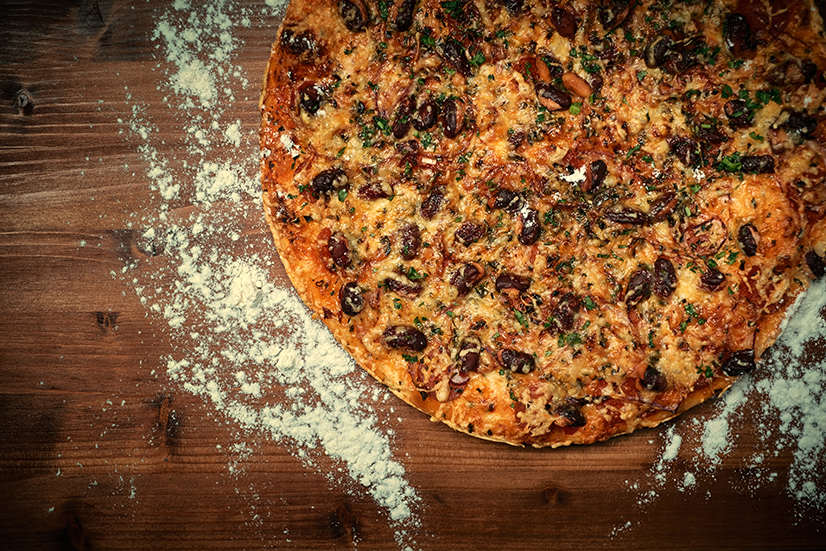 Pizza was developed in Naples, Italy, in the late 18th century, but today it is almost as American as apple pie. From the immigrants who introduced it to New York in 1906, through the soldiers stationed in Italy who brought home a fancy for pizza after World War II, to Dean Martin crooning “When the Moon Hits Your Eye Like a Big Pizza Pie” in 1953, pizza appears regularly today on the list of Americans’ top five favorite foods.

What makes pizza so popular? Is it the sauce? The crust? The cheese? The toppings? To find out, I spoke with pizza makers at seven Mt. Lebanon pizzerias. Their viewpoints are remarkably similar, starting with commitment. “You have to be the right kind of person who is engaged with cooking the pizza,” says Dana Murguz who with her husband, Tarik, owns Nippers Pizzeria at 303 Beverly Road.

All these local pizzerias say they use the freshest possible ingredients. All have their own secret recipes for the dough and the sauce; Il Pizzaiolo, 703 Washington Road, goes so far as to make their own cheese. Some recipes are generations old. Gary Robinson, manager at Mineo’s Pizza, 713 Washington Road, says the recipes are, “the same as Mr. Mineo did in 1958” at the original store in Squirrel Hill.

There are votes for the sauce as being most important. However, the majority of the pizza makers say that the essential component is the crust. Think of the crust as “a portable plate,” advises Joe Reale, of Arancini House, 615 Washington Road. “You want to have a perfect, flavorful base that holds everything together,” says Anthony Badamo of Pizza Badamo, 656 Washington Road. Chef Eric Von Hansen of Caliente Pizza and Draft House at 329 Castle Shannon Boulevard, did share with us that their dough is infused with beer. Hansen won the Best Pan Pizza in the World award at the Pizza Expo in Las Vegas, one of several awards won there by Caliente personnel.

Most of the pizzerias use “deck” ovens with stones, but Ben Richardson and Vince Canteim of Il Pizzaiolo note that their Forno Napoletano wood-fired oven was built from hand-made bricks and volcanic sand from Mt. Vesuvius. Regular or wood flavored crust options? Take your pick.

Thin crusts are most popular, but many people prefer a thick Sicilian crust. Frank Badolato, of Bado’s Pizza Grill and Ale House, 307 Beverly Road, experimented with whole wheat, but so far his efforts have not resulted in a crust that he is pleased with.

All of the shops offer traditional Italian toppings such as olives, anchovies and pepperoni, the most popular. Badamo uses a blend of two types of pepperoni including one that curls up  “almost like a little cup.” Breakfast pizzas—yes, with eggs—are hits at Nippers and Mineo’s. Perhaps the most unusual topping is corned beef on a Reuben pizza at Bado’s. Caliente’s features a “Quack Attack,” Hansen’s prize winner, that loads up eight ingredients including duck breast and truffle garlic oil. 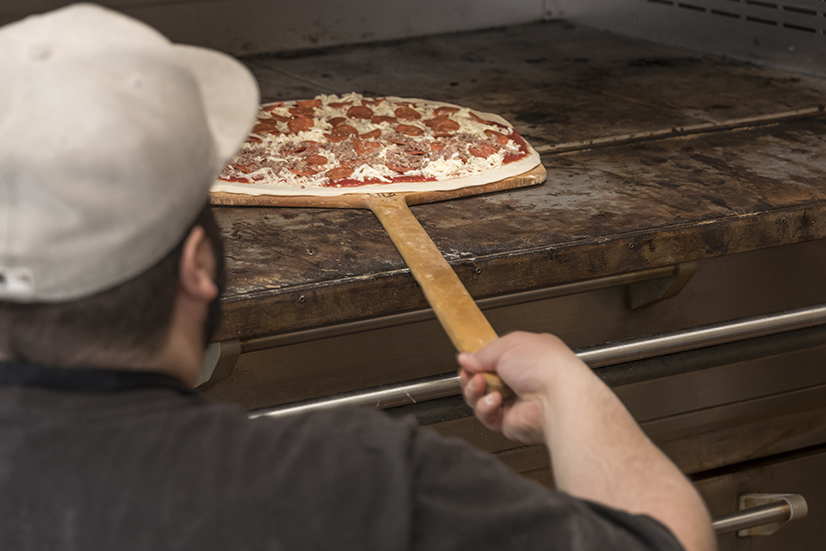 What about really exotic toppings? Reale reports that, “One of most popular pies in Italy features cut up hot dogs and French fries.” And you might see pineapple on pizza in Florence. Think of those as America’s food gifts back to Italy. Most local pizzerias have not gone that far, nor do they use some of the toppings popular in other countries with a craze for pizza such as minced mutton in India, eel in Japan, or herring in Russia—but who knows—they might be coming.

Savory sauces. Fresh ingredients. Flavorful crust. Traditional toppings or cutting edge. All those comprise a pizza, but there seems to be no single, overriding component that defines a good pie. The flavor profile is strictly personal—whatever combination of ingredients you like.

Understandable. But why is this essentially simple bread product, which dates back to antiquity when people made flatbread with toppings, so popular? Several reasons come to mind. There’s tremendous variety, it’s an easy-to-find fast dinner and it’s eminently satisfying. It’s also infinitely adaptable. Pizza takes on a personality for every situation. It’s easy to share with a group. It works for casual picnics or upscale dinner parties. Kids love it.

In addition, it’s easy to make at home, especially if you use one of the many readymade crusts or flatbreads available, from focaccia to naan or even thinly sliced bagels. About the only doughs not typically used for pizza are puff pastry and phyllo, which might be interesting, and plain white bread, which would be awful.

A make-your-own pizza party is a great idea for birthdays and family gatherings. Put together a variety of shells/breads, sauces, cheeses, lots of toppings and have a go at your own personal pizza. Some suggestions and recipes are at the end of this article.

Click HERE for a PDF of delicious pizza recipes! 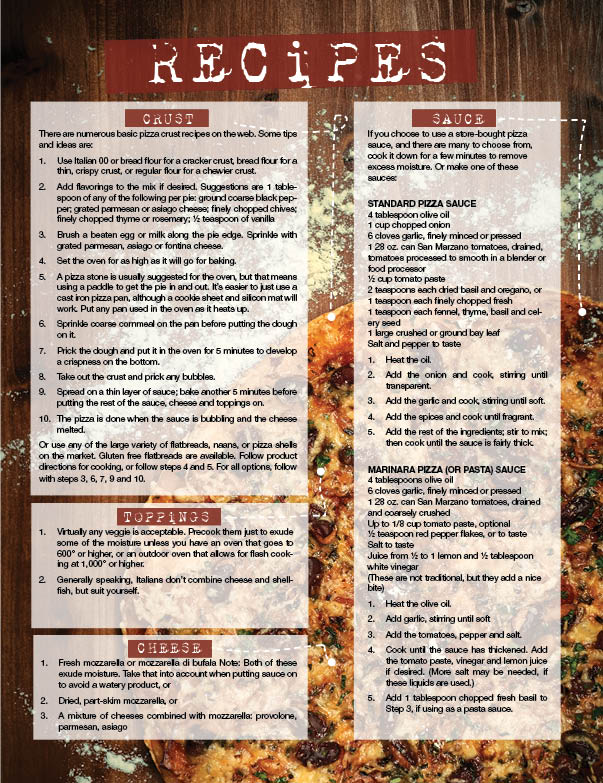