In a fitting nod to an eccentric Pittsburgh artist, the world is watching over Andy Warhol in celebration of his 85th birthday this year. Yes, he’s still dead. So a more accurate description is to say the world is watching the people who visit his grave, which is perched on the hillside that overlooks Castle Shannon and Mt. Lebanon.

Warhol certainly would have certainly approved. In fact, had he thought of it, he would have figured out a way to rig it up himself, says his nephew Donald Warhola who was at the gravesite last August to oversee the installation of the camera.

As any local knows, Warhol was buried in the family plot that overlooks the busy intersection of Connor and Library roads, not far from his parent’s graves in St. John Chrysostom Byzantine Catholic Church. 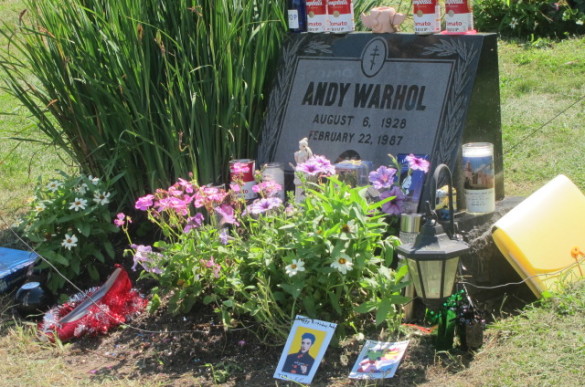 To watch the footage on your laptop is a sobering, if not unnerving. The gravesite is a quiet place. The hum of the passing cars, especially at night, and the barking dog is enough to send shivers down your spine. Most of the time, the only movement is the rustling of the grass and plants.

Imagine watching time pass, which you are. 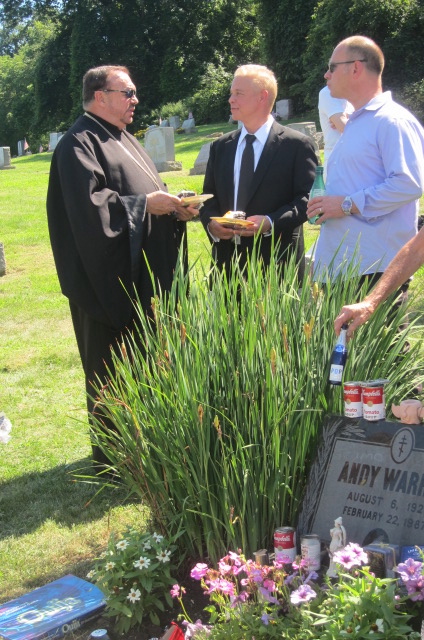 Since the camera was installed, it has captured curious neighbors, some walking dogs, as well as the faithful following of devoted admirers who come and leave behind bits of pop culture, soup cans and hand-written notes.

The project got its name from a quote in which Warhol once said, “I always thought I’d like my own tombstone to be blank. No epitaph and no name. Well, actually, I’d like it to say, ‘Figment,'” said Eric Shriner, director of the Warhol Museum on the North Side, which developed the multimedia project with EarthCam of New York City.

EarthCam was founded by Brian Cury, a New Yorker and lifelong fan of Andy Warhol, who met Warhol at a dinner on one occasion and spoke to him of the strangeness of fame. 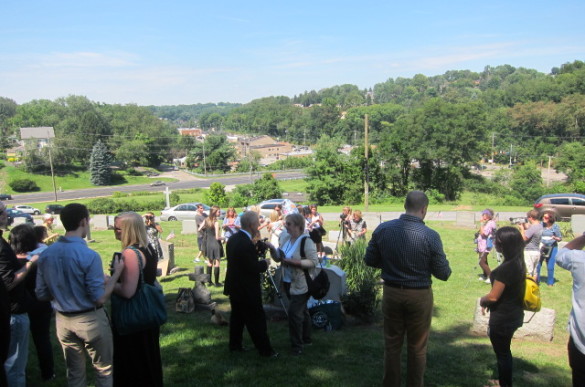 Strange is an understatement. What can be weirder than having a camera pointed at your grave at all hours of the day or night?

“In a way, this is an extension of what Andy was doing with video and film, letting the video run constantly until he had no more tape,” Cuny told me.

But don’t take my word for it. Watch it yourself at http://www.earthcam.com/usa/pennsylvania/pittsburgh/warhol/?cam=warhol_figmentmp