June 10th was the end of an era. After nine years of my kids attending Lincoln School, we’re moving on to the middle and the high schools.

The first day of kindergarten is ingrained in my memory, thanks to a perfect picture capturing my daughter – with her arms flung out and a big smile – as she ran down the front steps to my waiting arms.

The group of strangers I waited with each day at kindergarten pick-up morphed into familiar faces and friends. We got to know the friendly crossing guards who risk their lives daily at the dangerous intersection of Beverly and North Meadowcroft. Parent-teacher conferences, class parties, concerts, and after-school playground hangouts helped make the school a welcoming place. 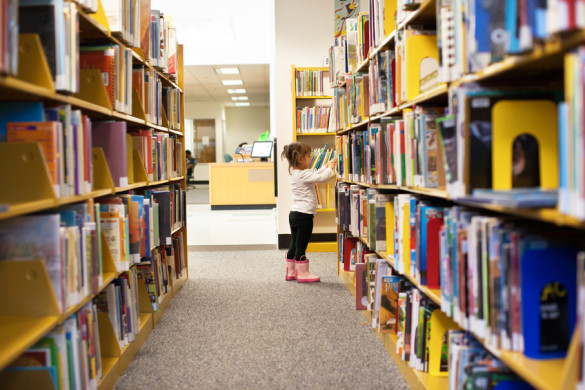 We started at Lincoln just after the principal retired. Three people went on to fill the spot. While my kids didn’t always repeat teachers, their excellent public school education started with the same kindergarten teacher. They knew her by different names, however, because she got engaged the first time and was married by the second.

Regardless of when a child had a teacher, that teacher became part of our Lincoln family, always ready with a friendly hello when we saw one another. The teacher my daughter had in second grade ended up as my son’s in fifth. On the fifth grade class’s visit to Jefferson Middle, my daughter was one of the eighth-graders answering questions about the middle school experience.

And so it goes. She’ll move on to the high school, while my son will follow her again as he creates his own path. We have a new school to conquer as we inch closer to that dreaded day when she leaves for college.

But we’re not there yet. Right now we mourn the day-to-day connectedness that we get from being a part of an elementary school. Next year, we won’t know the crossing guards, but the kids will. We won’t have as many social opportunities, but that’s a sign of the kids growing older and separating from us.

My daughter once commented that in elementary school she thought each year was better than the last, until she got to middle school and realized how much better it was altogether.

Like the school art projects that are displayed in our house, all we’ll have are the memories. And they’re good ones.