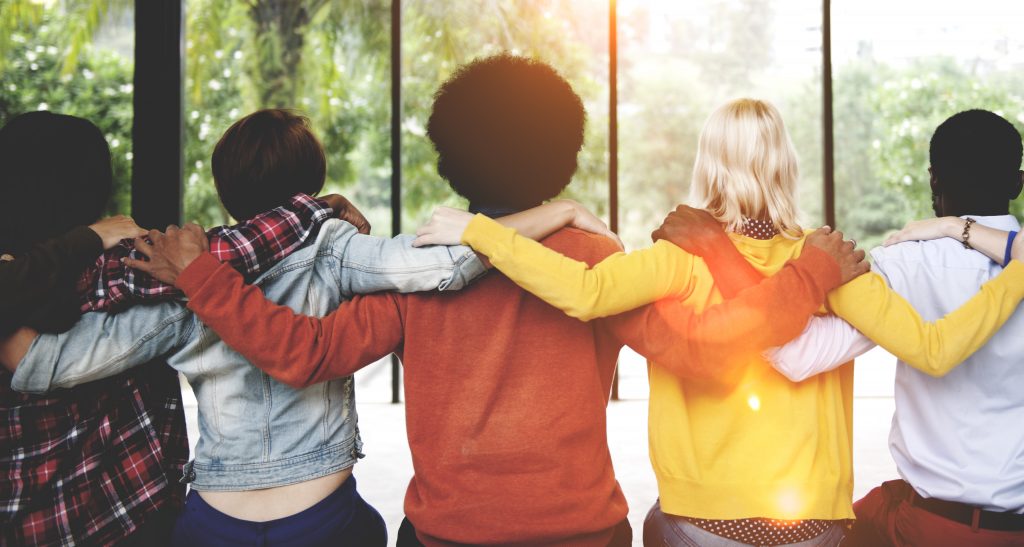 As a kid, the greatest insult I could think of giving my little sister was the middle finger—because I thought it meant “baby.”

Once my parents realized we were co-opting this universal sign, they sat us down for a lesson in cursing. Because we were both deaf, my parents didn’t want us misappropriating anything else and figured we should learn the actual meanings of certain words. Of course, this education came with a disclaimer: We weren’t to take advantage of this new knowledge.

This anecdote came to mind recently when I had to tell my sixth grader what the N-word meant. I’m not the only parent who has had to do so. It seems among this peer group, the general consensus is that it’s a bad word, but not everyone knows why. In fact, a student at Mellon says that it’s used all the time but kids think it means a “scaredy-cat.”

Why are we even having these discussions with our kids? Unfortunately, the national climate has changed. According to an online survey conducted by Teaching Tolerance, a project of the Southern Poverty Law Center— which is dedicated to seeking justice and fighting hate and bigotry—90 percent of educators surveyed said the school climate has been negatively affected by election results. This climate is expected to continue for some time.

As if that wasn’t bad enough, more than 2,500 specific incidents of bigotry and harassment have occurred that can be directly traced to election rhetoric, including assaults on teachers and students, and acts of vandalism depicting hate symbols and speech. In just the first days following the election, there have been more than 860 incidents of “hateful harassment,” the SPLC claims.

Unfortunately, Mt. Lebanon isn’t immune. While our community has some diversity, we clearly do not have enough for our kids to acquire knowledge on their own. One of my friends just read a book about Martin Luther King Jr. to her second grader, who only has one black person in her grade. Her daughter then asked if her two Asian friends were black. Similarly, another friend asked her sixth grader if there were any black kids at school. He said yes, and then provided a very Indian name. My son’s first exposure to the N-word was when a classmate asked him how to pronounce Niger (the country), telling him “because if it was pronounced differently, it could go very wrong.”

Of course it’s not just about the N-word. Do our kids just see the world in white vs. other? Do they realize that not everyone is Christian, straight, gender binary, or without some kind of difference—whether it be a disability, allergy or aversion to all things green?

It’s almost paradoxical that kids may not notice or understand the difference between someone who’s Indian or African American because this could just mean that they’re accepting and everyone is viewed through the same lens. Or it could mean that they don’t fully understand some of these subtle yet important differences.

My friend with the second grader says they have a lot of work to do. “I know I’m going to be reading more books about diversity and make more of an effort to do a better job exposing my kids to diverse people,” she says. But, she points out, we can only do so much at home. And she’s right.

Recent events both locally and nationally have been a wake up call to many. It’s time to go beyond Tuesday Talks (which my son says never talk about the right things at the right times) and Olweus Bullying Prevention and be more proactive and direct. A recent Time opinion piece says research has found that when a person hears others tell racist or sexist jokes, his or her tolerance for gender or racial discrimination increases. “To stop hateful actions, potential perpetrators must be convinced that those in their community are opposed to this behavior,” the article states.

The professors who wrote the article found that students who receive most of the attention in student social networks have a huge influence. When they stand up to bullying and student-on-student harassment, student conflicts drop by up to 30 percent. These studies suggest that some people are better than others at delegitimizing hatred and violence, say the authors. Strength in numbers also works: “Large numbers of people who assert values of inclusiveness and tolerance in a big, public way can change minds and behavior.”

The article ends by saying that schools can’t just play defense and wait for people to be victims. We need to stand together and be as loud and public as possible.

When it comes to this, we’re all teachers.