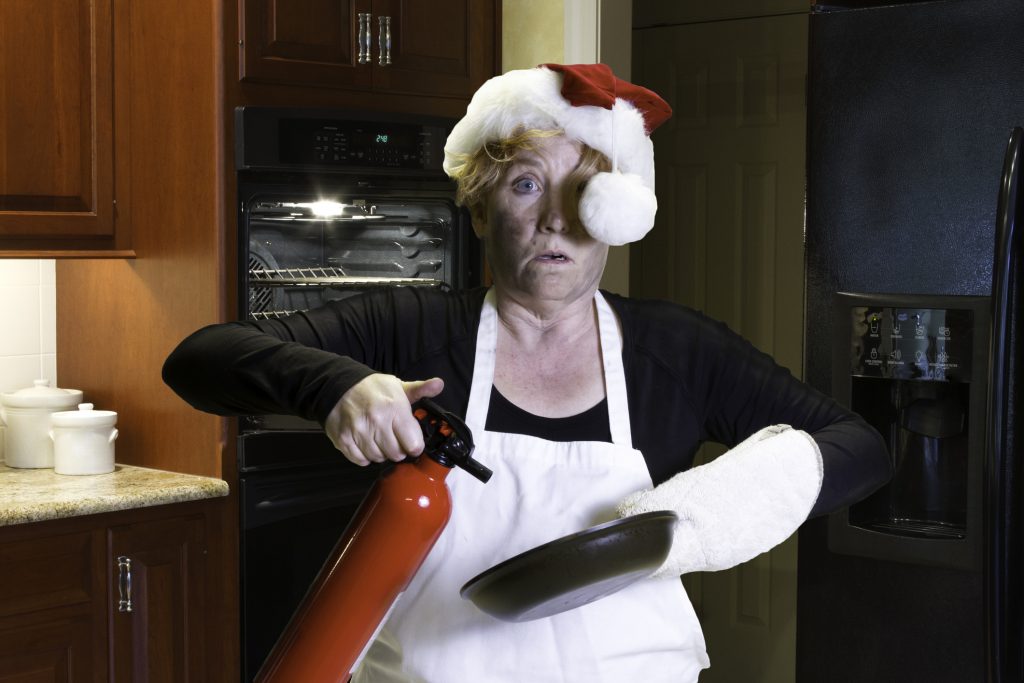 ‘Tis the season to be jolly, and time for me to contemplate my “Christmas follies.”

Amid fond memories of cheerful family gatherings and merry-making with friends, remnants of mini-catastrophes from holidays past creep into my conscience like the persistent ghosts who haunted Ebenezer Scrooge—shattered ornaments, a blown fuse, a broken snow globe and botched cherry tarts.

One Christmas when I was a young wife, I wanted to impress my husband with my (non-existent) culinary skills, so I decided to throw a party and bake luscious cherry tarts for the occasion. I gathered the ingredients—even a special tart pan—and faithfully followed the recipe. Or so I thought.

When the tarts emerged from the oven, they were as heavy as bricks. Totally inedible.

“You can always use them as hockey pucks,” proposed my ever-resourceful spouse. “Or maybe doorstops.”

Later I discovered I used the wrong flour. No wonder my husband describes my cooking by saying, “What does not kill me makes me stronger.”

Speaking of killing, I tossed out the hockey pucks before anybody swallowed one and suffered fatal indigestion.

But another Christmas, I almost burned down the house—or at least the front door—when the Xmas lights I had carefully strewn on the outside entrance decided to explode, causing an electrical outage.

I had always admired the houses around the neighborhood so cleverly draped in colorful twinkling lights. Why couldn’t I create such magical splendor for my humble abode?

Being a bit lazy, I opted just to string lights all around the front door instead of covering my house from top to bottom like the flamboyant Cinderella castles. After I plugged in all the lights, I stepped back from the porch to admire my work, when suddenly I heard…snap, crackle and pop!

Sparks flew like it was the 4th of July. The bulbs blew out. Smoke rose, but thankfully, no flames. For my efforts, an overloaded circuit was my sole reward.

Maybe I should have stuck to indoor decorating. But even a simple tradition like trimming the Christmas tree can be risky. Over the years, I dropped my share of fragile ornaments which splintered into tiny metallic fragments upon crash-landing to the floor. To this day I wonder if I swept up all the pieces or if sharp slivers still embedded in the carpet will slice my feet when I walk barefoot on the rug.

Renegade bits of glass from my favorite holiday snow globe may also be lurking surreptitiously in the rug, from the time my son accidentally knocked the globe off the fireplace mantle with his basketball. Considering my track record with decorations, I felt relieved that he was to blame for its destruction. At least I didn’t do it!

And when my sister told me how her super-curious and hyperactive 3-year-old son once climbed up on the couch and pulled down her entire Christmas tree, I was positively jolly, to think that I am not alone in my yuletide follies.