I thought I had straight hair until my friend, Bonnie, a Hollywood costume designer, told me a couple of years ago, “Your hair’s wavy; you could scrunch it.” A little “product,” a good hair diffuser and some scrunch practice proved her right, so I go curly when I’m lazy, which is pretty often.

Recently I met a curly haired lady in the dentist’s waiting room, who commented on my hair. I told her my story; she told me hers: In the late ’60s, when girls were ironing their hair between sheets of wax paper, she lived in Manhattan and went to a very famous hairdresser who suggested, “Your hair is curly; why not wear it that way?” So she did.“Omigosh, was it Kenneth?” I asked, referring to the one and only hairdresser of fame in the days before designer hair products. “Yes,” she said. “It was.” WOW, I was impressed.

“You look familiar,” we said almost simultaneously, but we could not figure out how we knew one another. “If you’re ever Uptown, stop in at the municipal building where my office is, and we can have coffee, I told her,” as we parted.

That night, I got an email with the subject line “Curly Hair.” “Now I know why you looked familiar,” the lady said. “I opened my copy of Mt. Lebanon Magazine and there was your picture.” “Well, I still don’t know where I’ve met you, but I sure was excited to meet someone who went to Kenneth,” I answered. 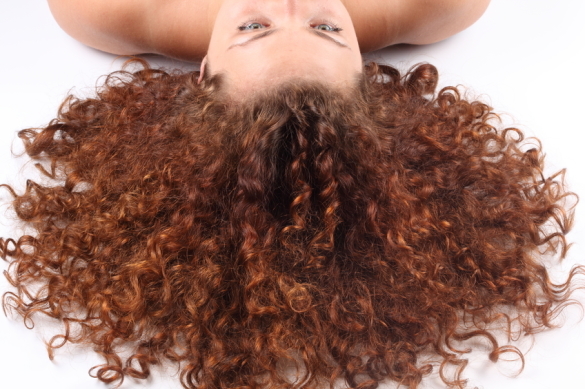 We continued our email conversation. “My name used to be Stroyd,” I said. “Maybe our kids knew each other.” No, she answered, she and her husband have no kids but she had graduated from Mt. Lebanon High School a few years ahead of me with a Cindy Stroyd—that’s my (former) sister-in-law. Cindy has lived in La Jolla, California for the last 40 years. Turns out that’s very close to where my new acquaintance lived for many years before returning to Pittsburgh a few years ago to help care for her sister, who had been diagnosed with early onset Alzheimer’s.

“What is your maiden name?” I asked. “I would like to let Cindy know I met you.”

When I heard her maiden name, things started to make sense. “Maybe you know my brother,” she said. “He seems to know everyone.”

“Well, yes I know your brother,” I answered, LOL.  “He graduated from high school with my sister; I lived across the street from him when we were all newlyweds, and my daughter lives on the same street as he does now. Not only that, I knew your sister—I was so sorry to hear she passed away—we used to double date in high school.”

She told me where she lived; I live just a few blocks away near the Unitarian Church.

“Remember when Big Jim Daniell owned that house?” she asked, referring to the church. “We used to go there all the time because it had a ballroom.”

“Well, his daughter is one of my best friends,” I answered. “I just talked to her Thursday, and both my husband, who was her big brother’s friend, and I have so many fun memories of that house—the basement with the player piano, and the swimming pool.”

“This has been a week of coincidences, all good,” she said.

Anyway, we’re meeting for lunch—coffee wouldn’t be long enough to figure out all the reasons we looked familiar to each other. And while it may have been our curly hair that brought us together,  I think if either of us shows up at Uptown Coffee with straight hair, we’ll recognize each other.

If this isn’t six degrees of Kevin Bacon, I don’t know what it is except…