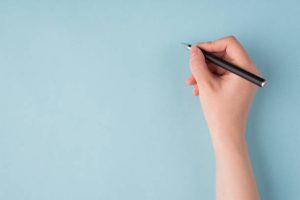 Do you have anything you want to say, right now, that you’d want to remember in 15 years? Are there words of wisdom that you’d like to share with your future self?

FutureMe.org allows you to compose an email and send it to yourself at a later date. You can slate it for a year out or as far out as 2072.

Back in 2005, I remember chatter about FutureMe and I figured, why not hop on the bandwagon? In 2015, my email arrived 10 years after I wrote it. At that point, I completely forgot I even submitted anything. I looked at it, chuckled, then moved on to other things.

This year, I read the letter again. The site still actively operates, waiting for anyone to jot a note down to their future self.

Nearly two decades swept into the past like stale crumbs being brushed onto a dustpan. Reading into the past reminds me of those videos where a guy donned in a dapper suit stands smack dab in the middle of a bustling street. He remains still while blurs of others smear past in a fast-forward motion.  He remains still as life runs in colorful hyper speed all around him.

What a precious gift I inadvertently gave myself—to stop and capture a moment while nothing remained still.  Reading my note pulled me straight back into the mind of a recent postgraduate; someone scared and uncertain of the demands of real life. I was a child in the body of an adult who had to play the role.

Let’s rewind to the email 17 years ago—Freshly married and a fledgling in my career, I asked myself questions more than I predicted where I’d land. I asked myself if I had kids (which I do). I asked if I worked a high-powered creative job (which is complicated). I asked if I still owned five cats (which turned into three cats and a dog). I talked about my then Brookline home (now Mt. Lebanon serves as home).

Currently wedged in the middle of youth and wisdom, I expect little to change over the next decade.  I think maybe that’s an optimistic non-reality though.

But what tops my mind now is showing the site to my 13-year-old daughter. I can only imagine what she’d write today and what would come to fruition years out.

Her Mellon Middle School adventures could be captured and paint a picture more vivid than one snapped on her phone.

The website gives the option to make yourself a digital time capsule, one you can stuff with words, introspections and stupid stories only you’ll care about (like when your kid kept saying ‘fork’ but it sure sounded a little more vulgar). If you have kids, enlisting them may offer even more of a gift.  By the time they receive their future letter, they may be reading it and realize that they’re not that far from being you.