Mt. Lebanon first responders were called to a house fire in Sunset Hills in the last week of last year. Firefighters contained the blaze, which was initially reported as “flames from the front door,” to the front entrance of the house, and rescued three cats from the home. Firefighters and medics administered feline first aid to one of the cats, which was overcome with smoke inhalation but made a full recovery through the use of a specially designed oxygen mask for pets.

As per fire department policy, firefighters followed up with an “after the fire” visit to homes in the surrounding area, visiting 26 homes and installing two smoke detectors.

Mt. Lebanon Magazine photographer Ken Lager was there to capture the incident. Scroll down to get an inside look at this local fire rescue. 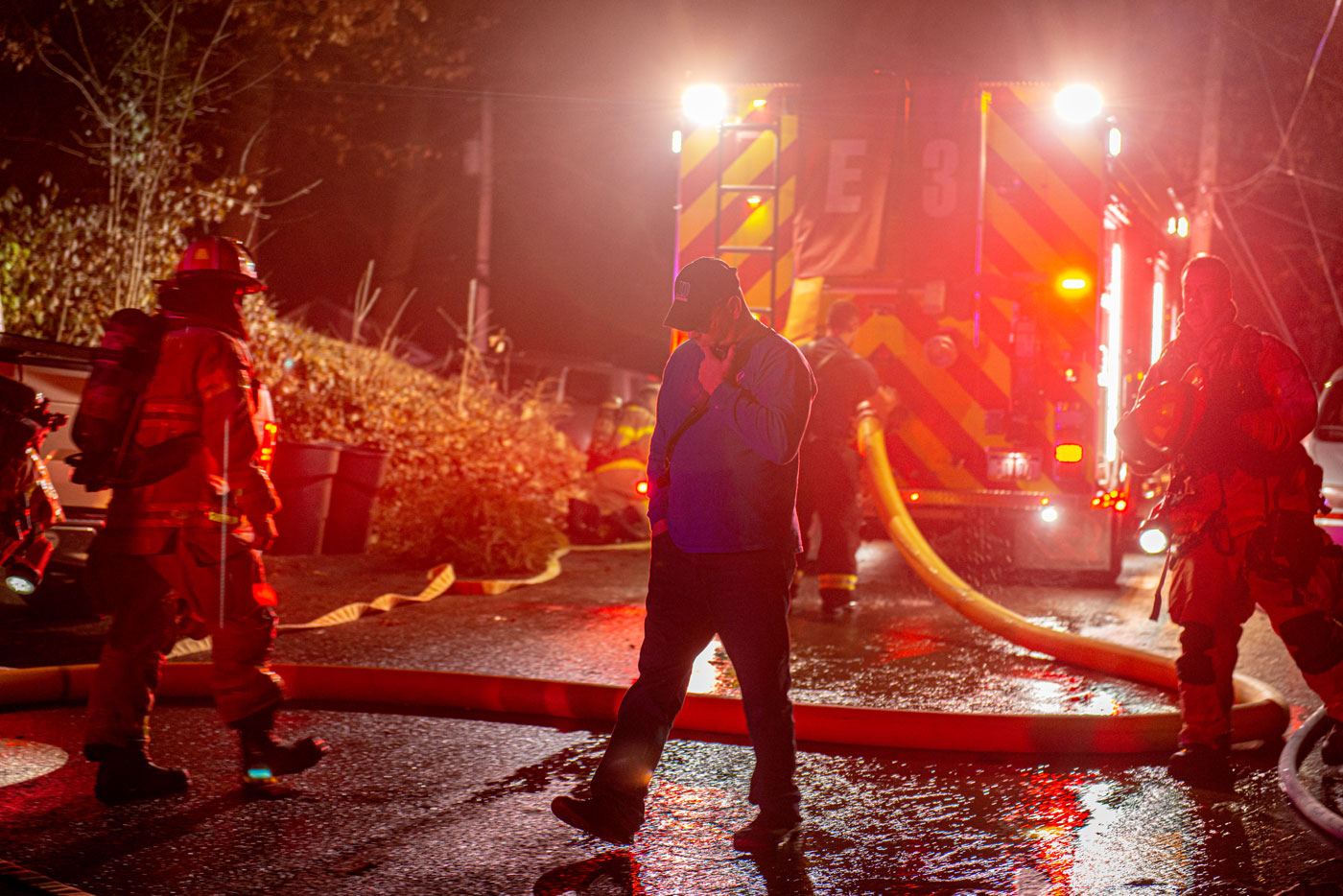 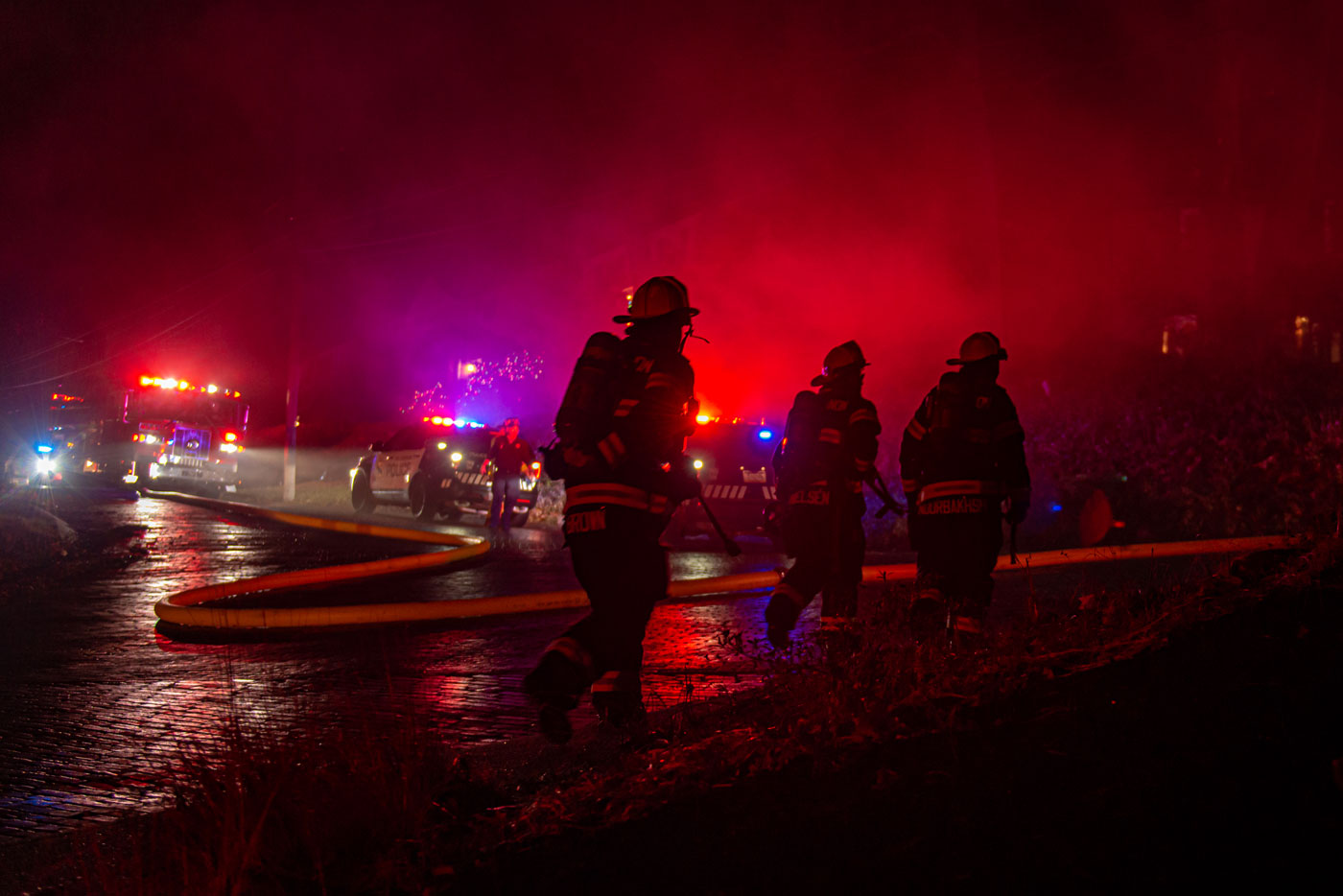 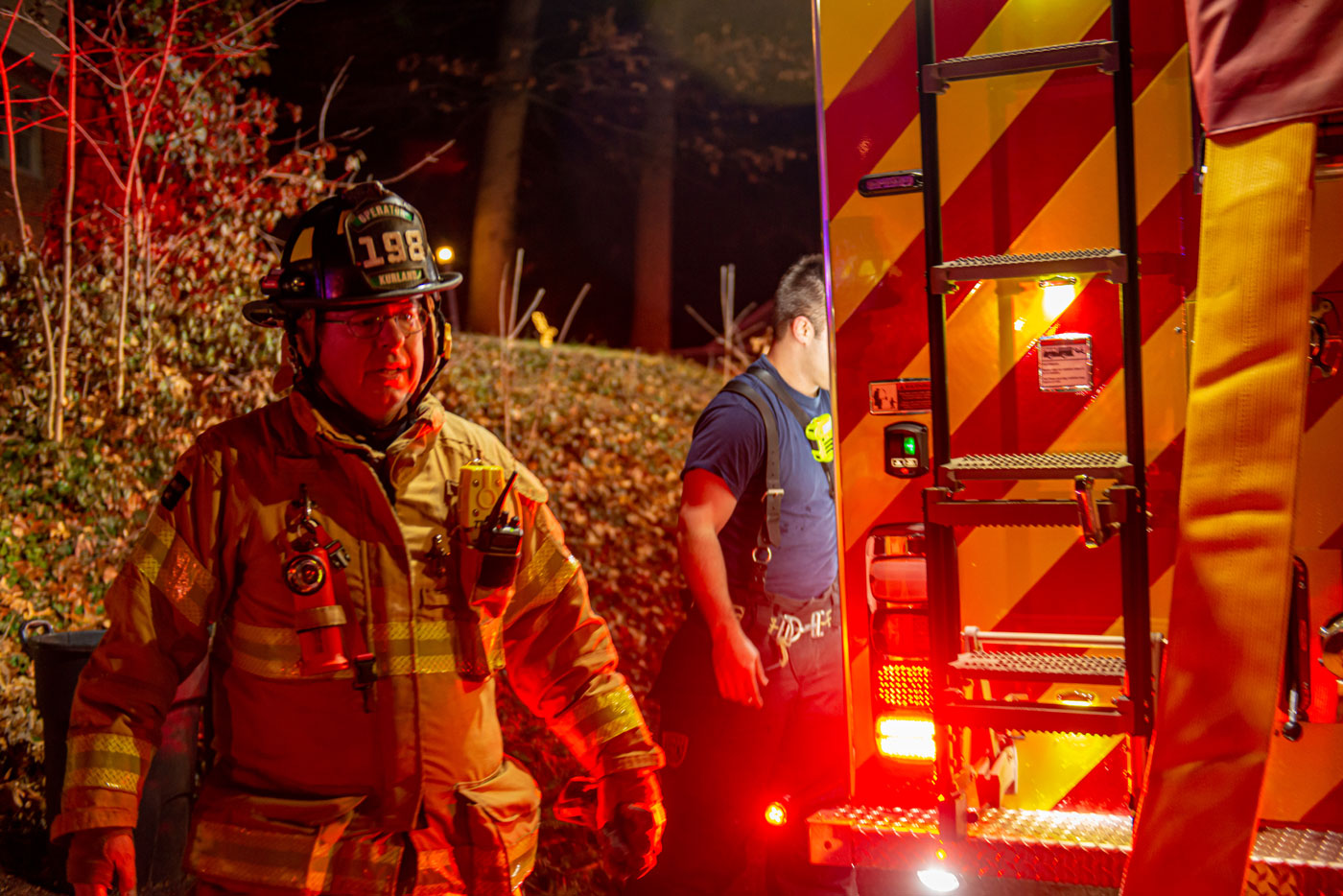 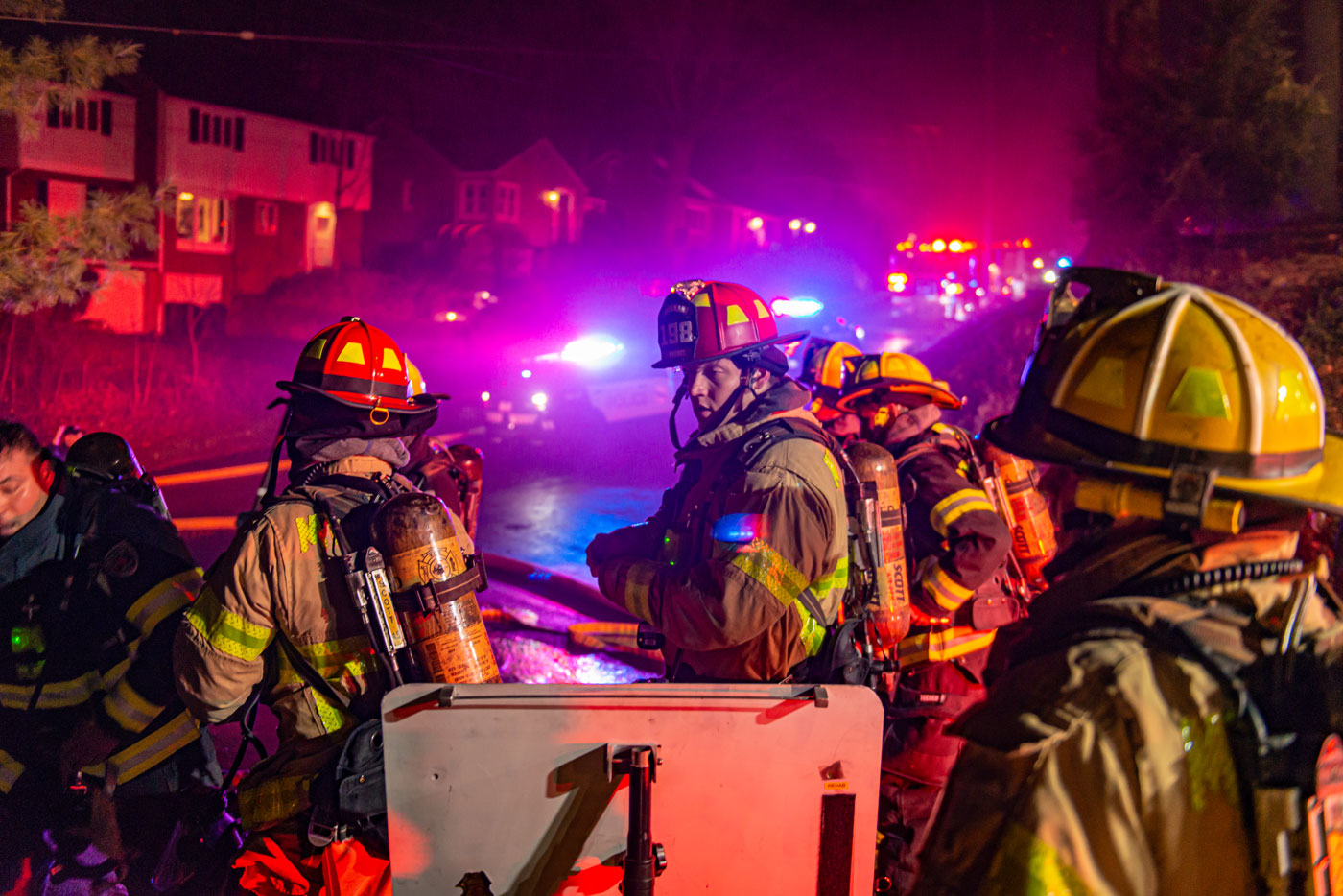 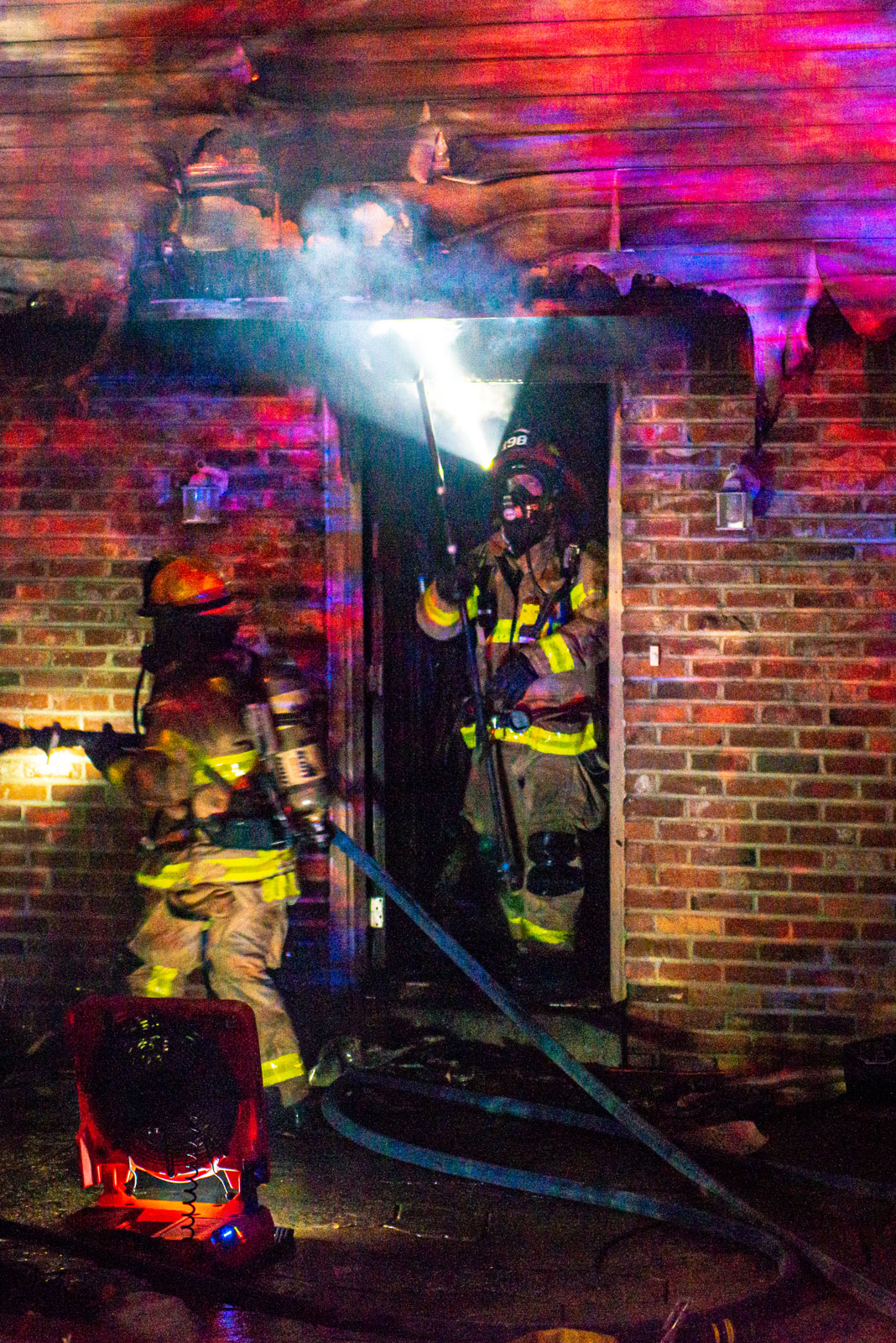 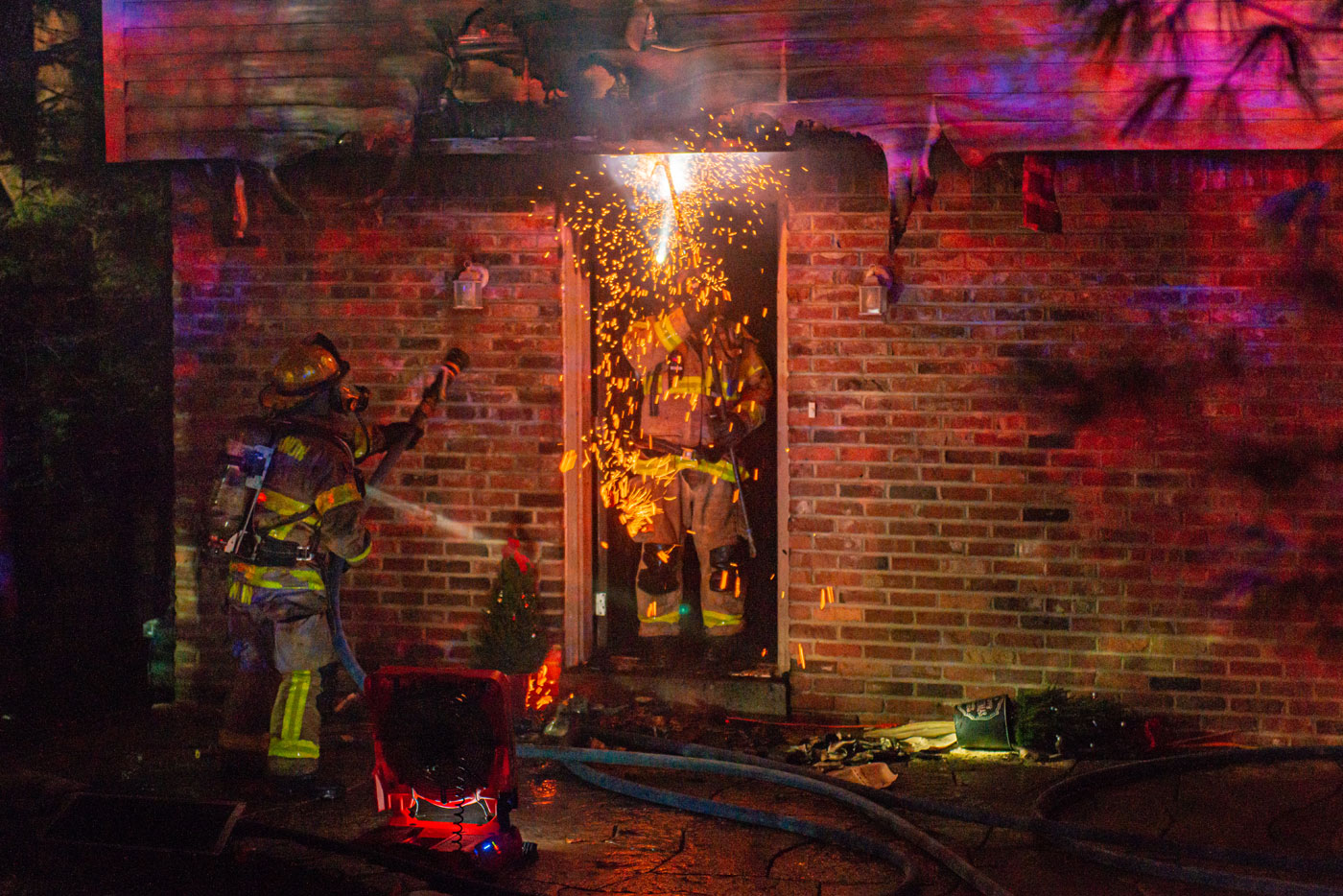 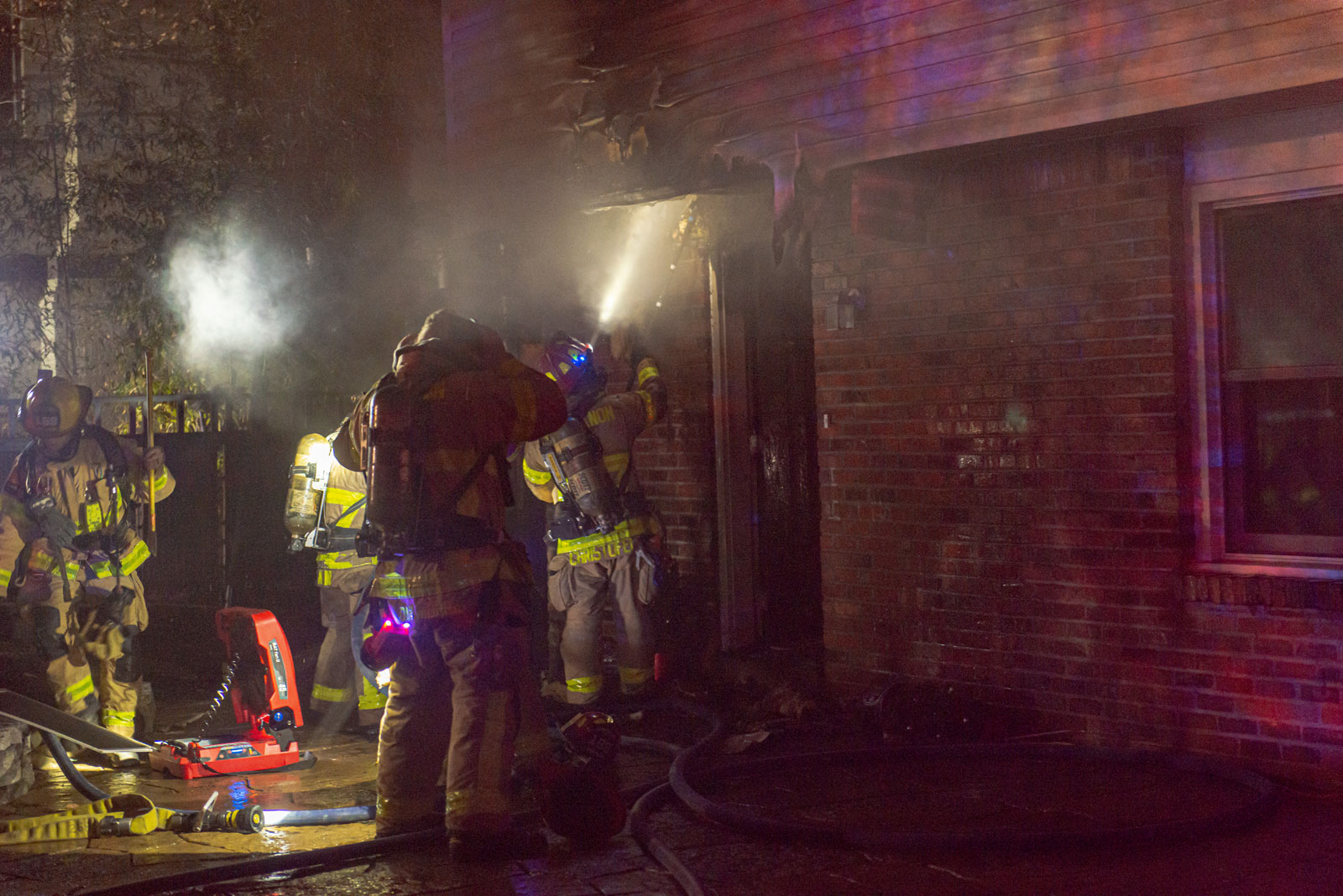 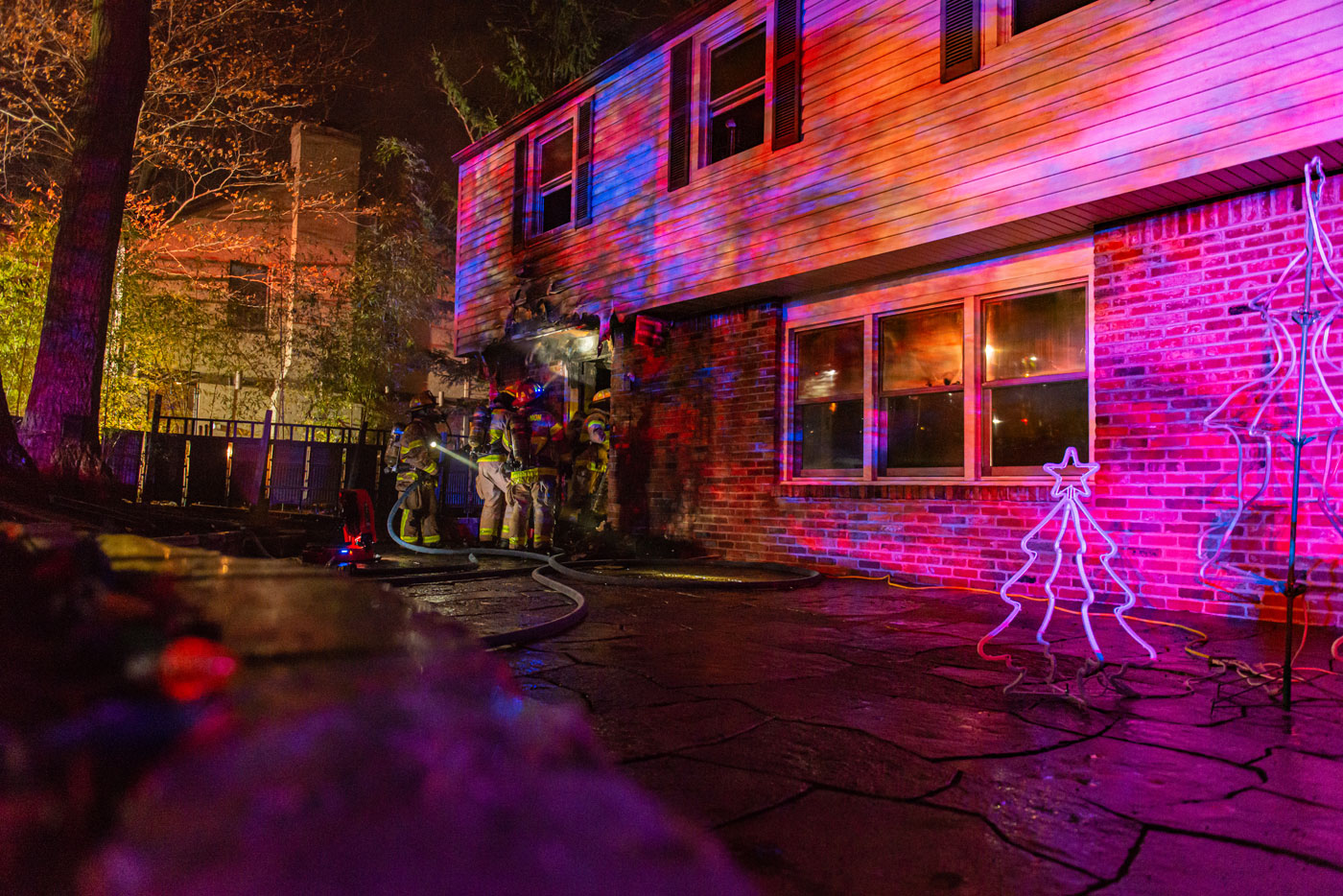 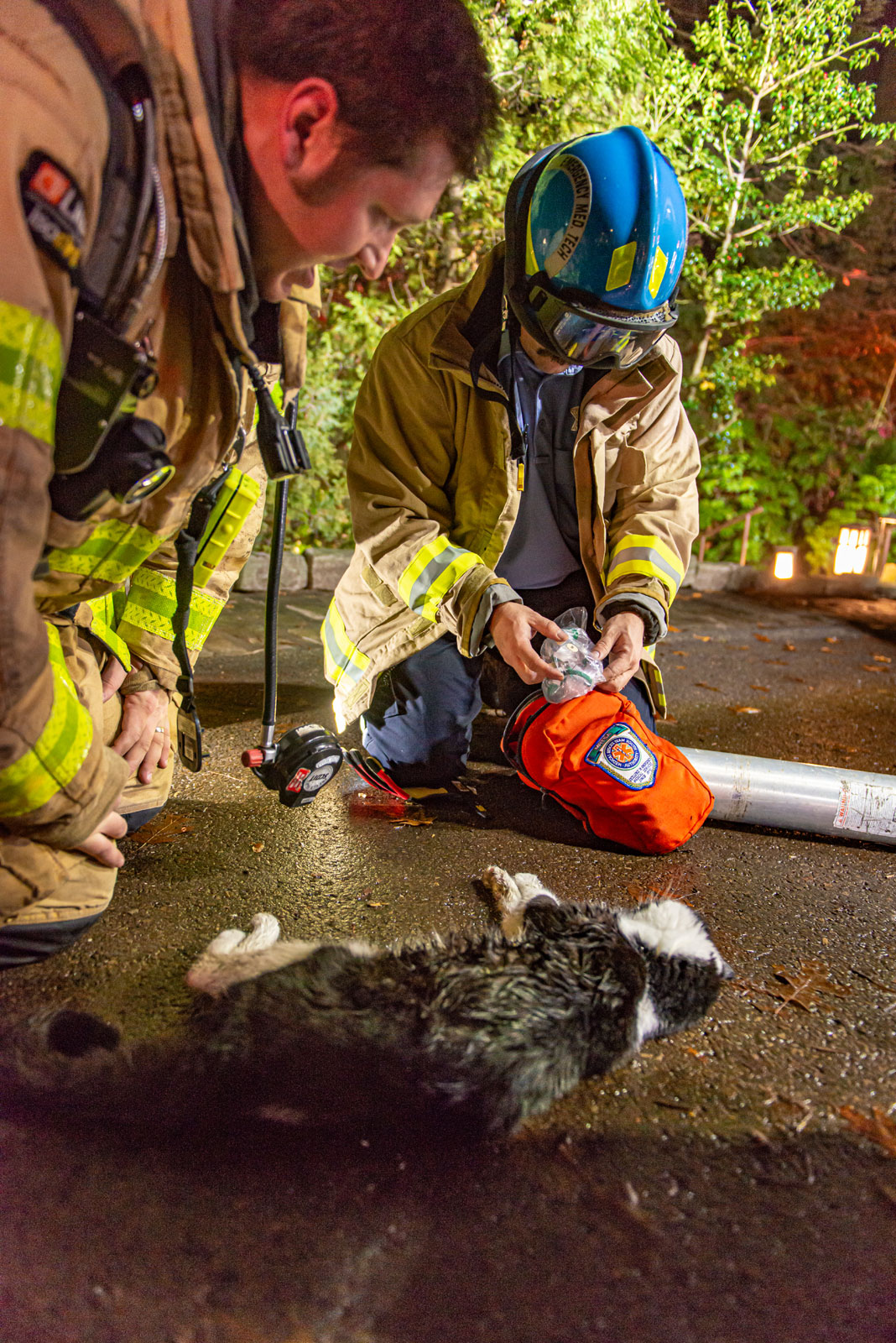 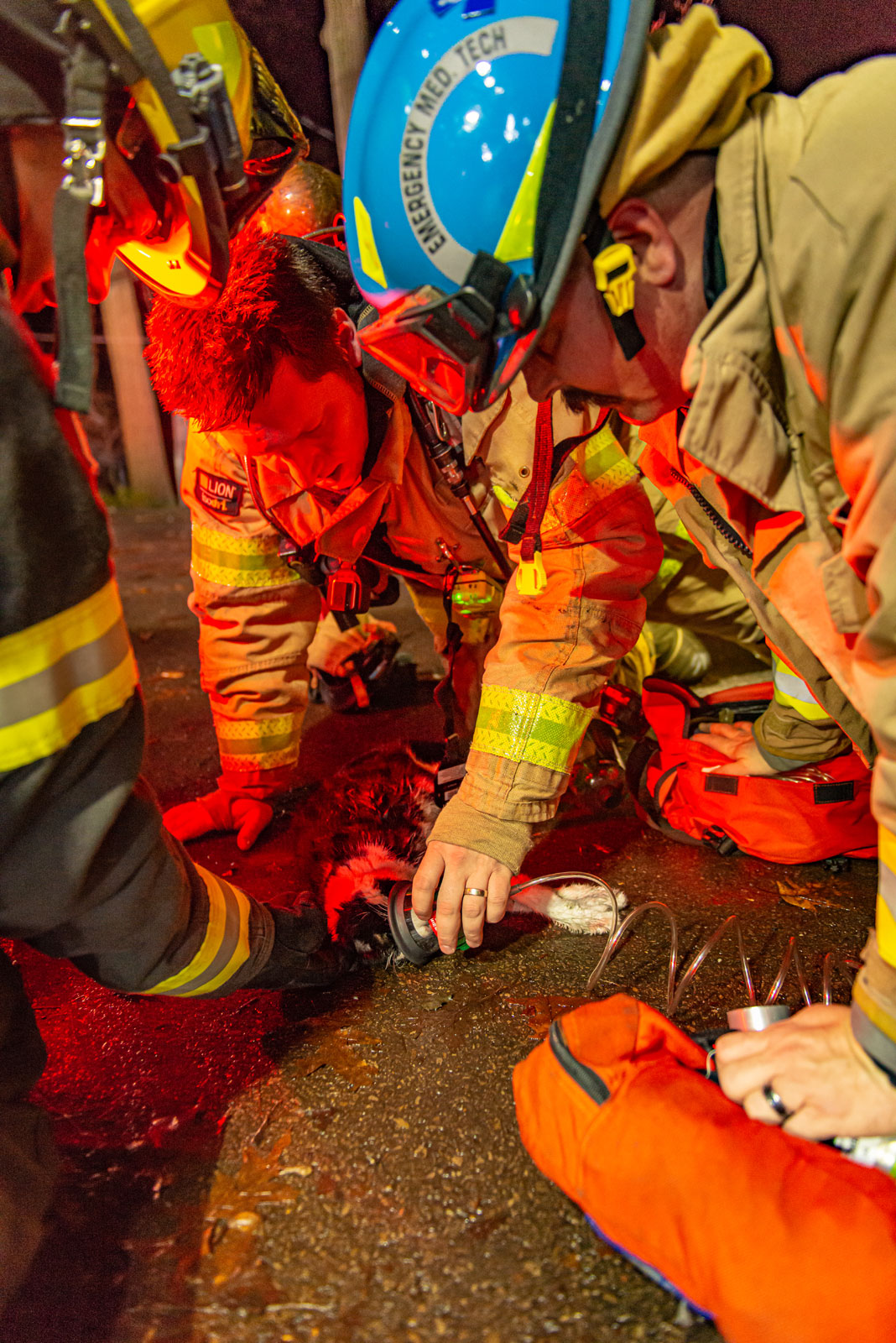 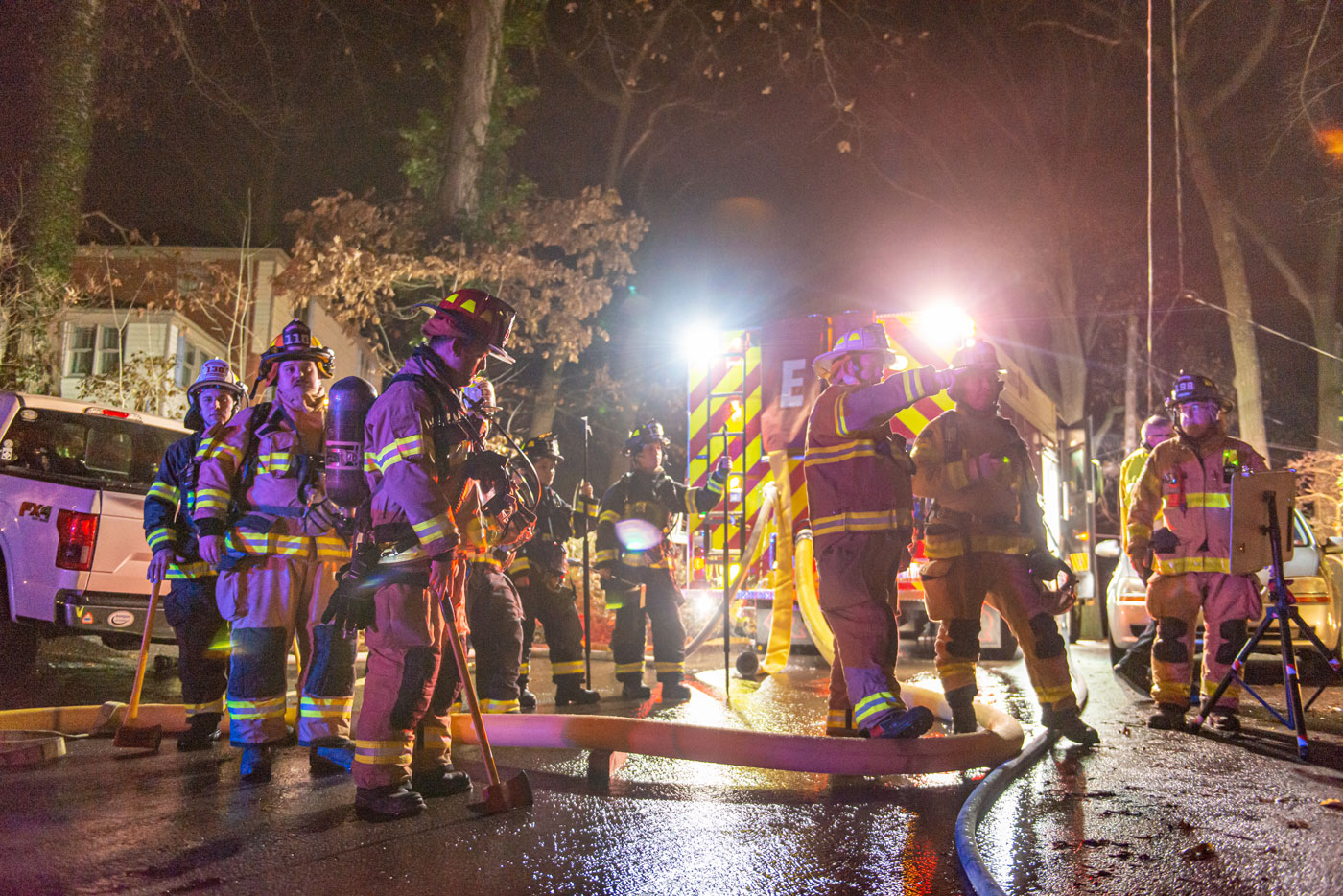 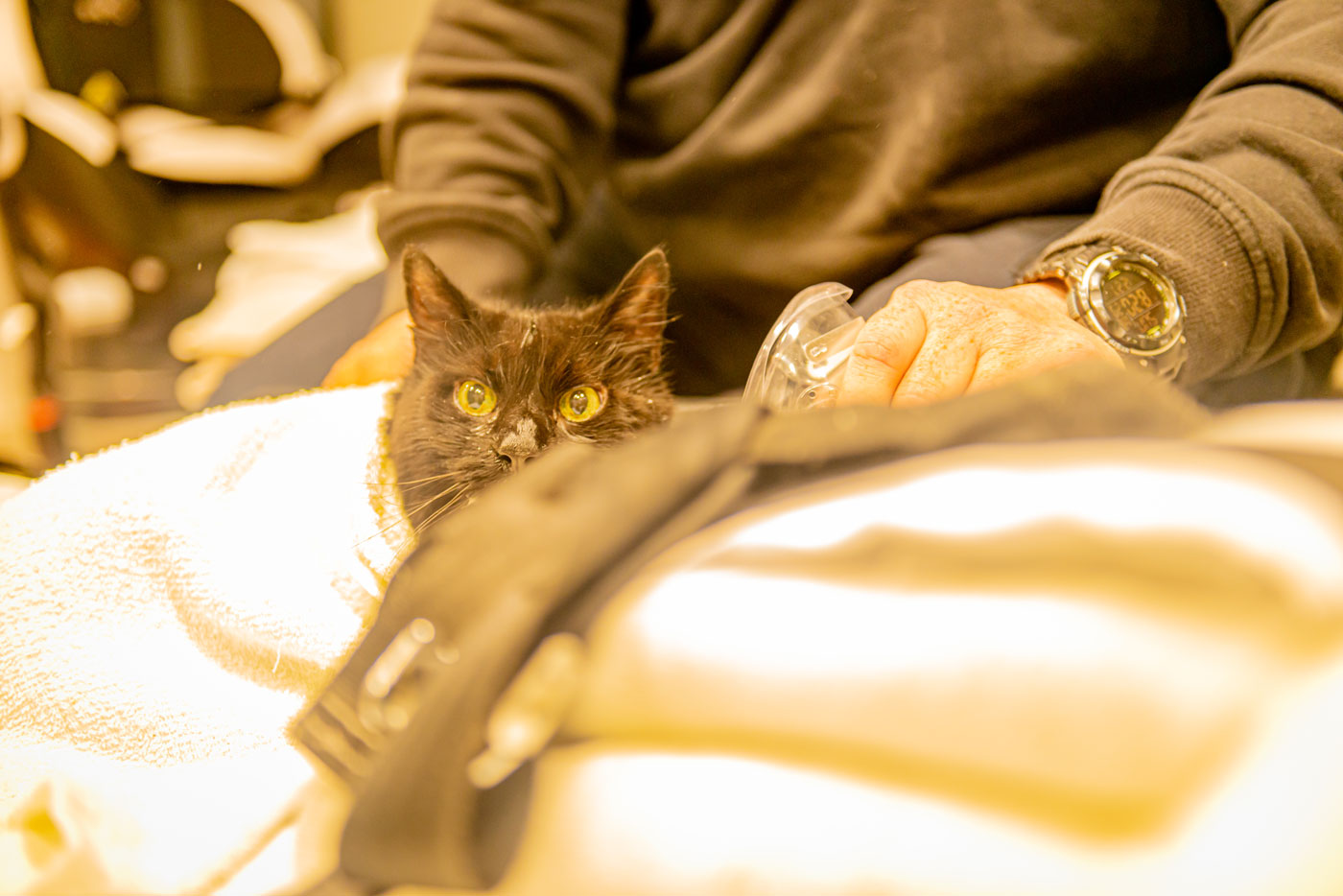 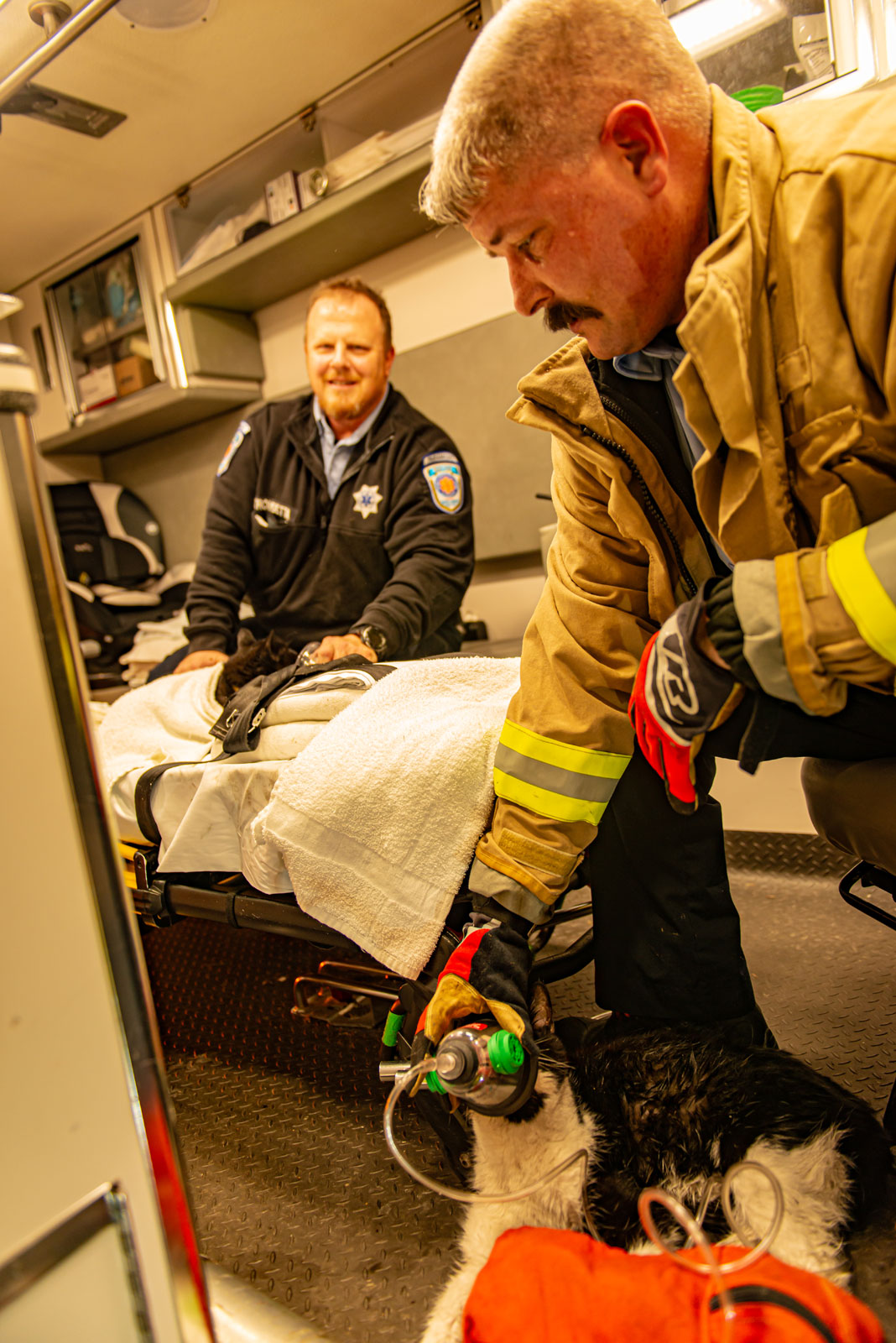 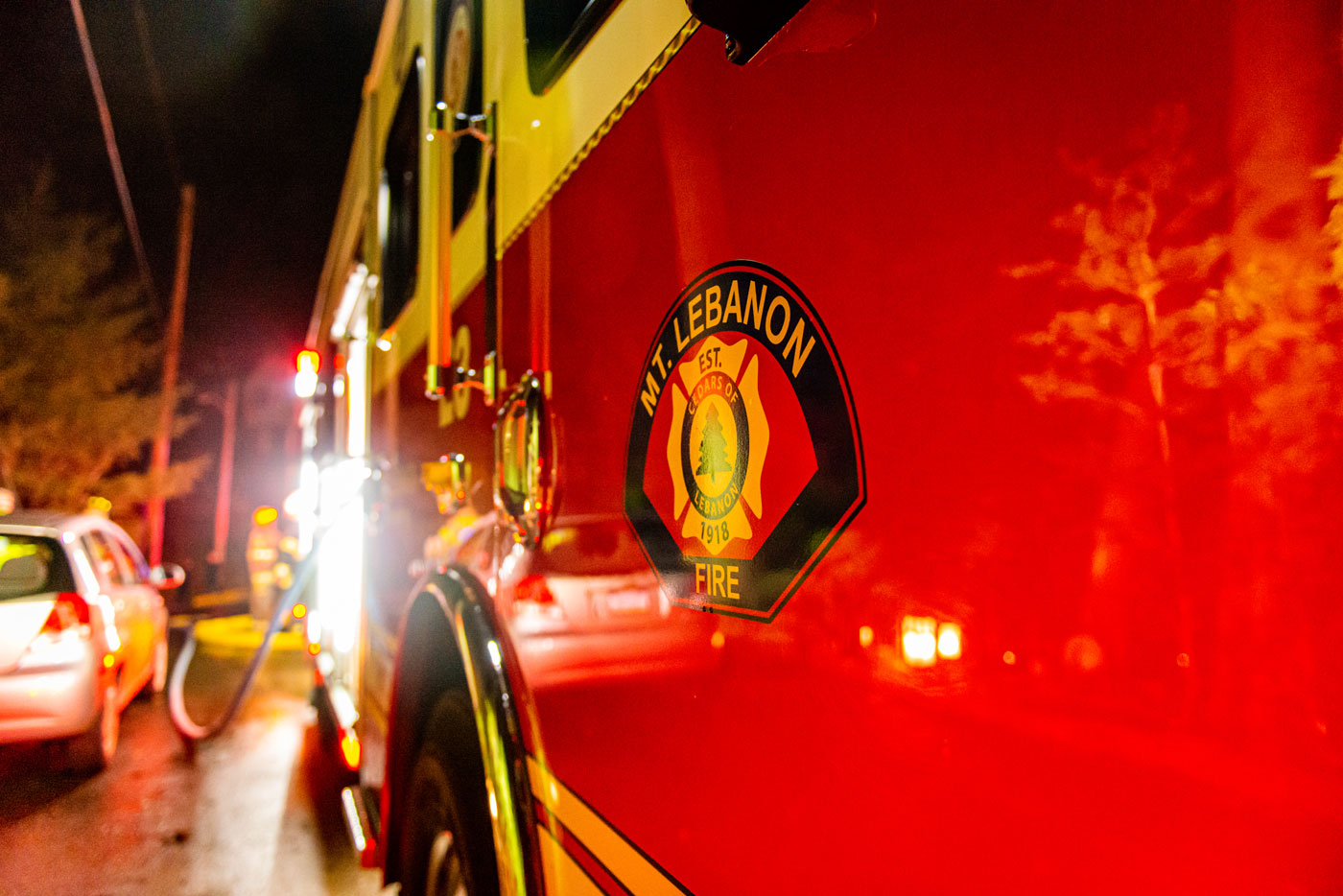 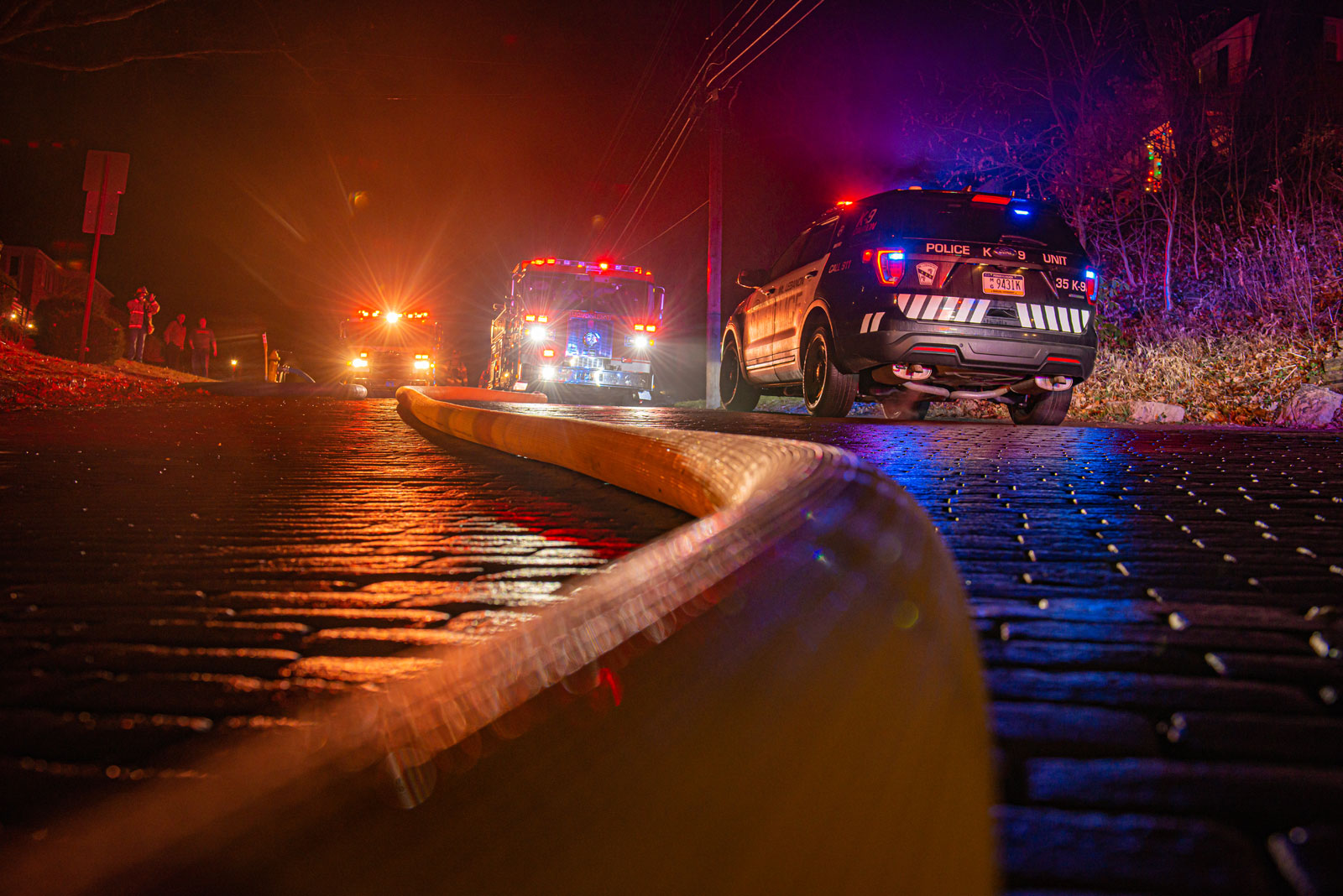 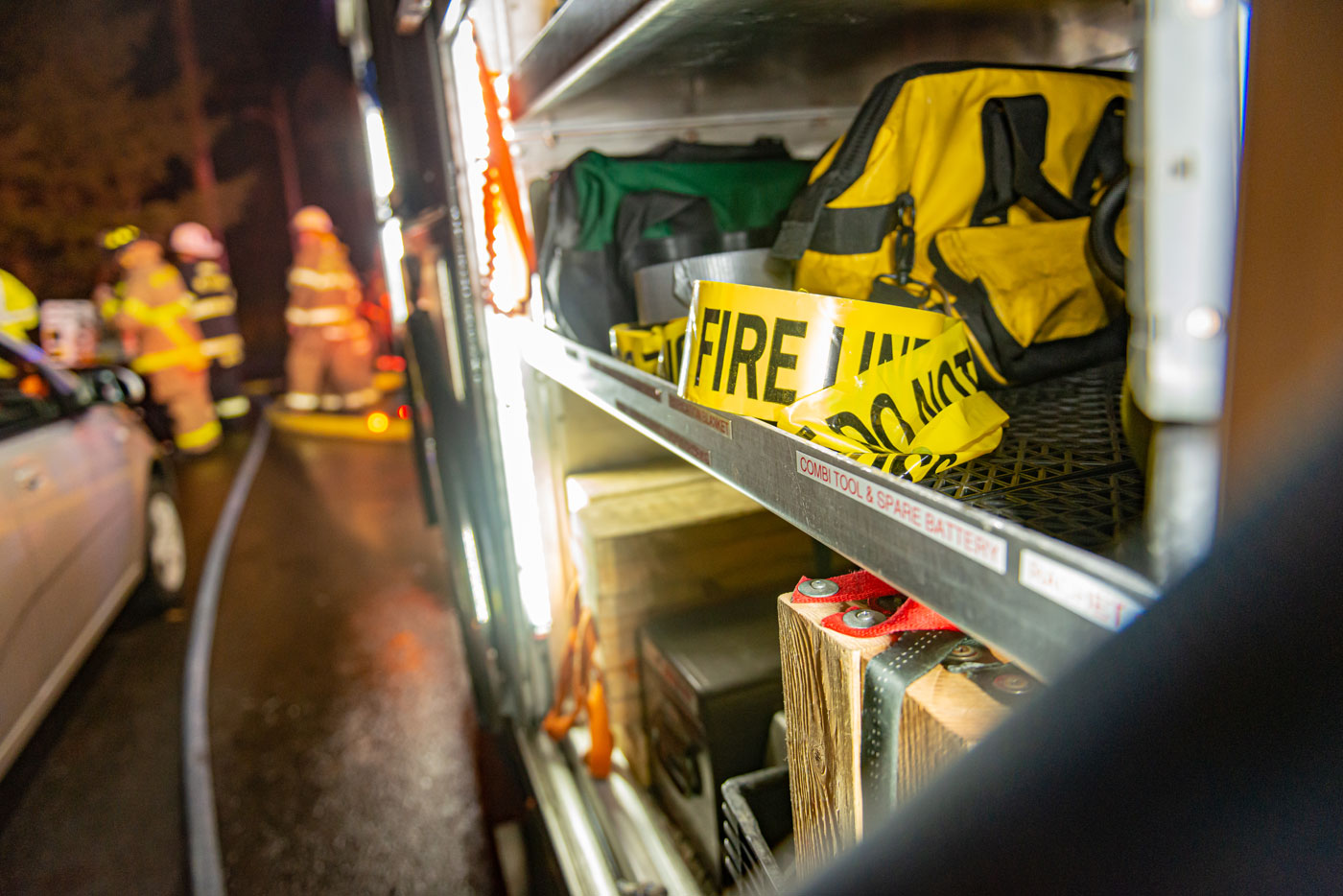