When we did our last fish fry story, way back in the Two Thousand and Oughts, online ordering was sketchy as all hell. Most places didn’t have it, and the ones who did, well, there was really no way to know whether the order was going through to the right place or if it was intercepted by some bot farm in the former Soviet Republic, so instead of a delicious fish dinner you would get bombarded with photos from some girl named Yekaterina who wanted to desire with you greatly. Fortunately, they seem to have worked out most of those bugs, and when I pulled up into a crowded SS Simon and Jude gym, my baked fish and baked potato were waiting for me.

Just about all fish fries are family friendly, but Simon and Jude has to be the familiest friendly of them all. There were almost enough little kids zooming around the gym to constitute a safety hazard, and the servers were only slightly older and slightly less zoomy.

If you don’t order online, you go through a system where you pay and order, then your order is zoomed over to the kitchen, and then to an expediter with a microphone, who announces the order number and you can either walk up and get it or signal for someone to zoom it over.

About the only drawback to such a preponderance of kids was the tininess of the chairs, which probably had to be moved back to pre-K by Monday.

The baked fish was excellent, probably the best fish I’ve had since I embarked on this mission. I heard good things about the fish sandwich and the fries. For some reason you can order a plain bun a la carte for 50 cents. Good to know.

But what really sets this fish fry apart was the very special St. Patrick’s Day edition! How many fish fries have their own piper? So if you’re planning for next year to hit a mess of area fish fries, remember: Around mid-March, St. Patrick pays a visit to his old Saint buddies Simon and Jude. 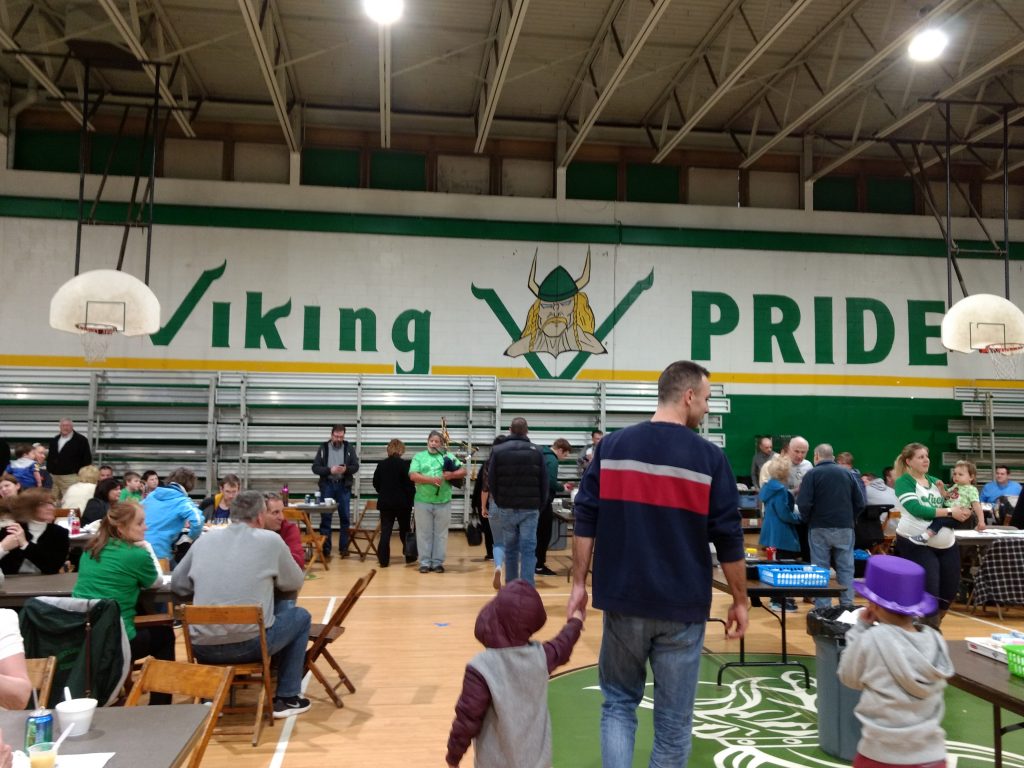