Halloween in the Kaplan household is a year-long event. Sort of. We spend 11 months discussing our big plans to dazzle our Mt. Lebanon neighbors on Forestview Drive with a stellar Halloween display. Then, we spend less than four weeks executing the plan on a shoestring budget and frantic timeline.

Themes are discussed. What about aliens abducting cows? Egyptian possessed mummies? Typical graveyard scene? The laundry list of ideas bounces back and forth from my husband to my daughter like a frantic tennis match.

The debate typically lasts until September 29 at about 4 p.m. Last year, we were running to Rollier’s for a rake when we finally land on a theme: alien crash site.

Then the question I dread the most arises: “What’s our budget?” My response is “shoestring.” (Though Halloween is taken very seriously in my household, I always consider the financial implications of the impending holiday season.)

While we’re at the hardware store, hubby and kiddo nab a cart full of materials that make no sense to me but they’re staying on budget so I don’t ask. We pile the truck’s bed chock full of random items. Then we hit up a dollar store before returning home with our haul.

For the next four weeks, I can’t vouch for what occurs as it transpires secretly in the garage. To be honest, I just don’t feel like incurring the stress levels of the build and mess sprawled across the garage floor like a volcano erupting with every material known to man.

Magically, two weeks later, just in time for neighborhood kids to see the house and speculate if we’ll delve out full-size candy bars, the crash scene is complete. Almost.

One week before the big day, hubby wins the fog machine and blacklight battle. He runs to Spirit Halloween by Half Price Books to grab the remaining items to complete our look.

All that’s left to do is set our daughter free to create a warpath map with her friends to determine the best route around the neighborhood and we’re ready for Halloween. This also is serious business as we have houses on the high side here as well as some notorious neighbors who pass out large candy bars along with Hug Fruit Barrels to quench their thirst whilst traveling the route.

Our goal is to always appear on the neighborhood kids’ maps but it’s a bit of a battle. The cul-de-sac down the street dominates that Halloween game and we continuously struggle to draw kids down the street towards us. Those neighbors may not know of this unspoken feud but some day—maybe not this year or next—but one day in the future, we’ll dominate the draw for all the kids to come and collect their haul from our home.

This year, we’ve added a new alien, suspended in a capsule. And there might be a cow abduction scene. You will have to drive by for yourself to see.

As we approach Halloween, I begin to think that maybe next year we should consider starting this a little earlier—like in November—when all Halloween décor is on clearance. 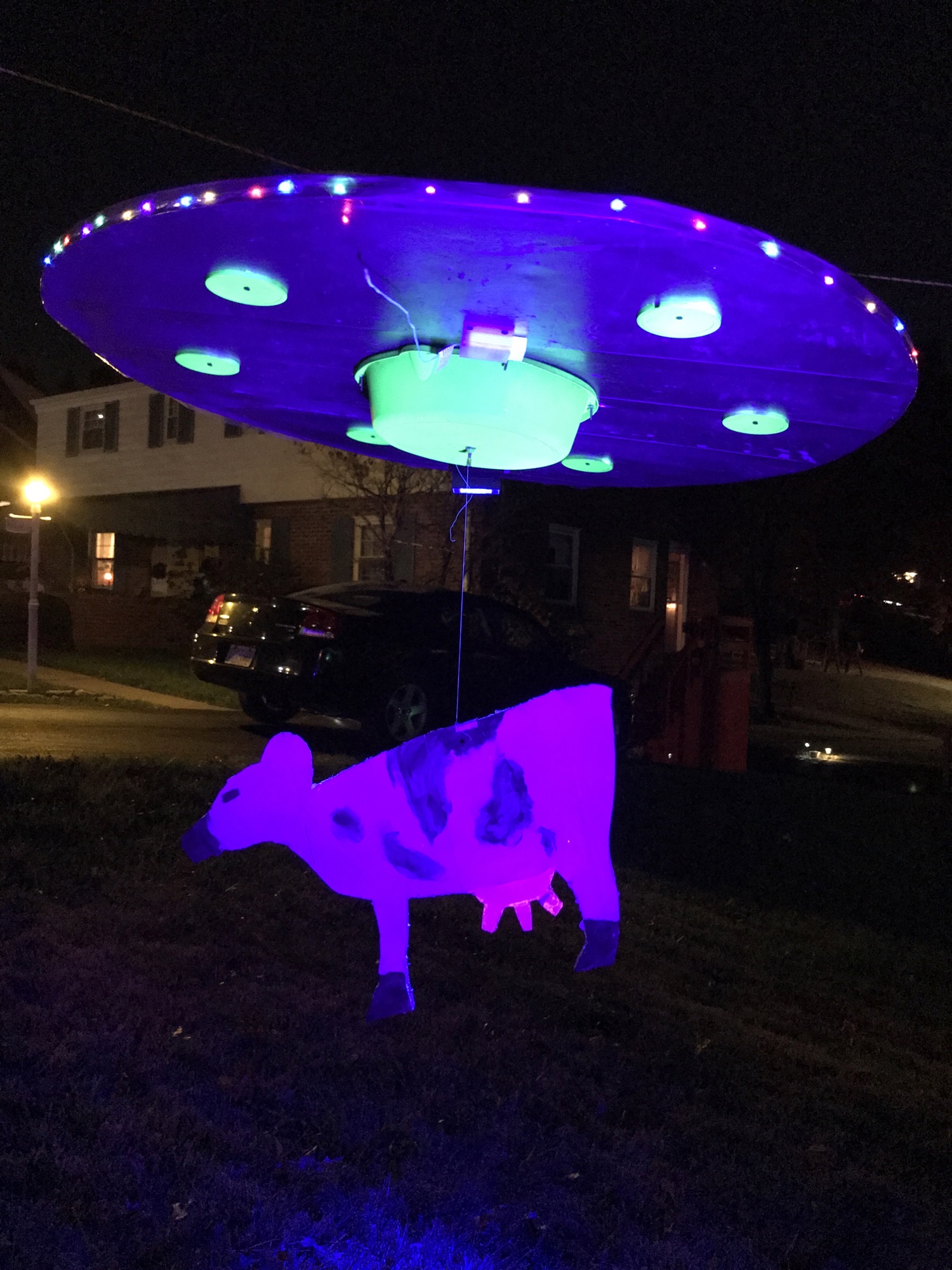 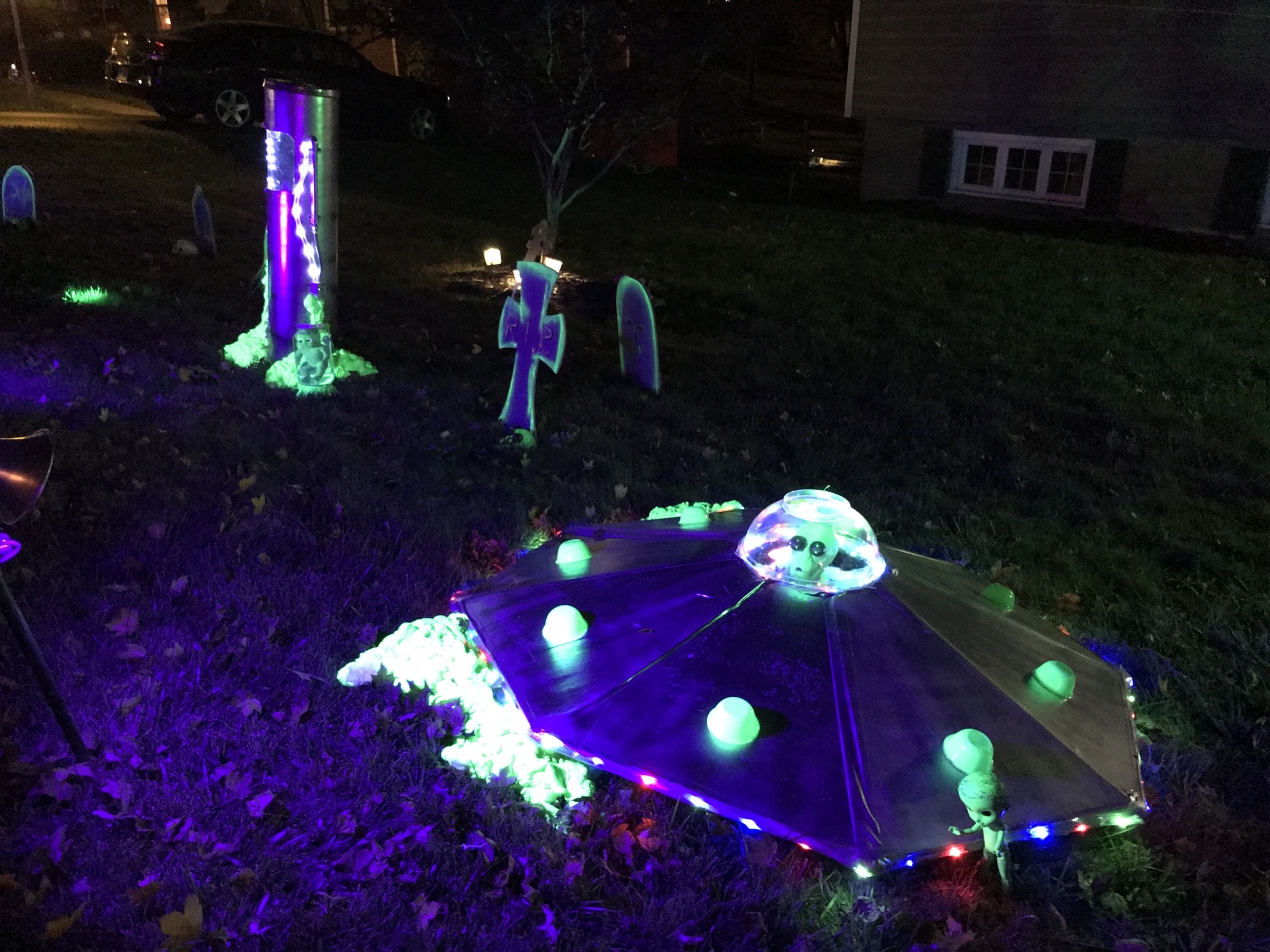 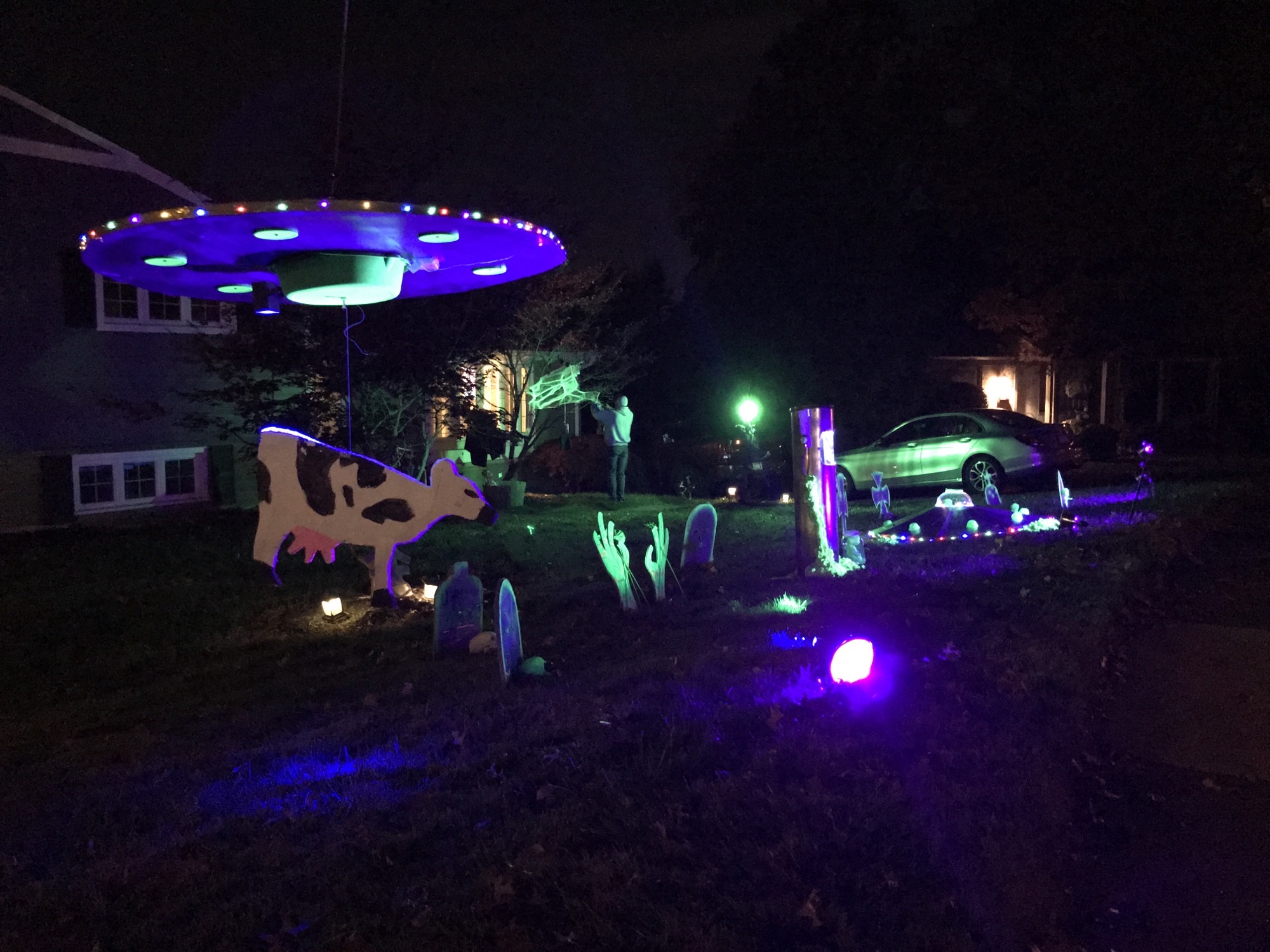 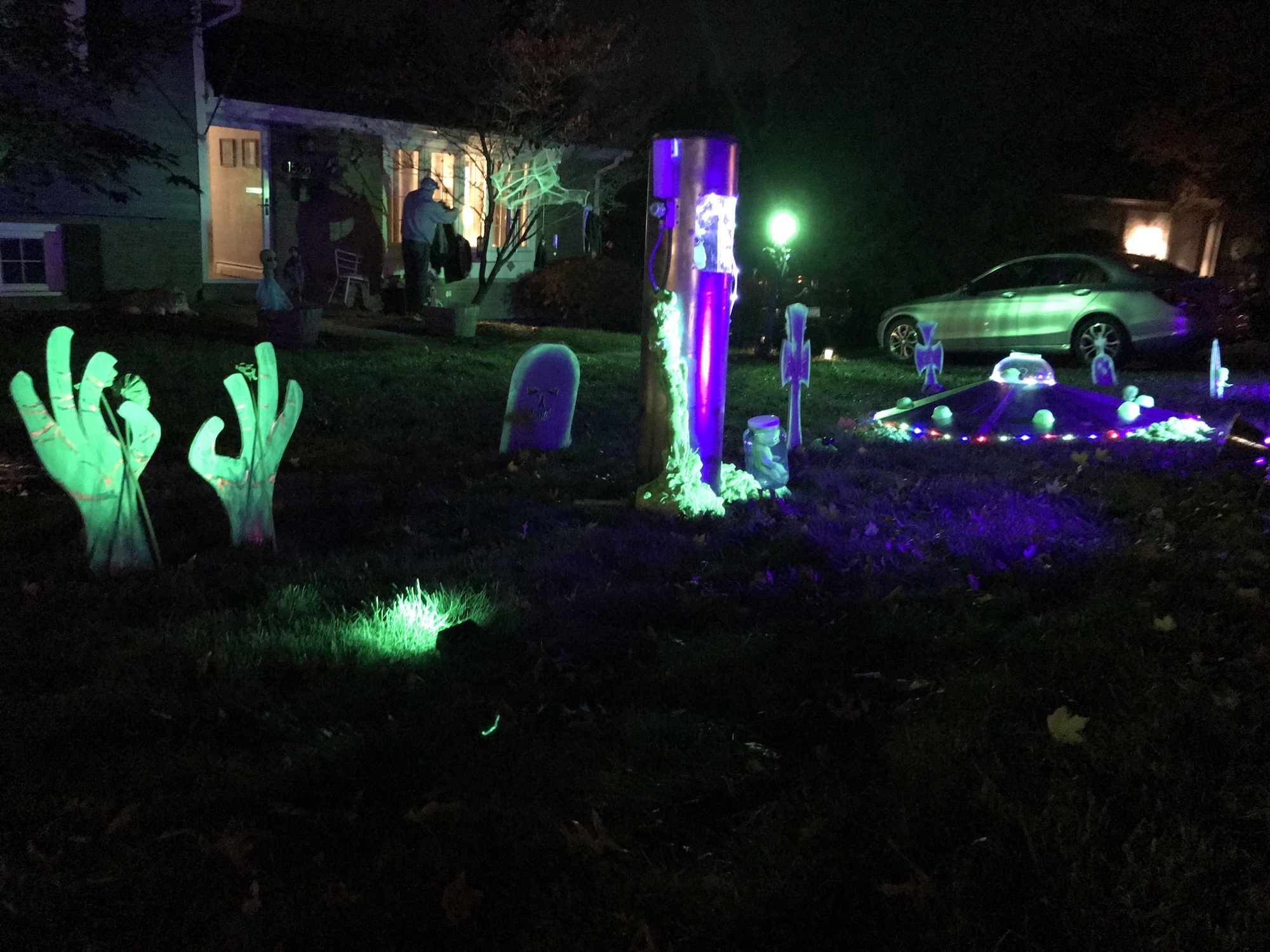 Current Mt. Lebanon resident and lifelong South Hills native, Cathy Kaplan plugs away at her freelance writing while tending to her husband, teenager, a moose-sized dog and an assortment of cats, a hamster and fish.

When she’s not frantically typing away on her laptop, she can be found hiking in the woods or exploring various parts of the neighborhood. All of the adventures she takes fuel her passion for writing and sharing her stories.