As the late September leaves fell lazily from the trees, I was walking in the woods of Bird Park and reflecting on the brevity of worldly things.

Manmade things are temporary. Even civilizations pass. But forests, rivers, mountains and lakes will still thrive when all the steel, concrete and asphalt are gone and rusted. Imagine a pristine wilderness without steel mills and strip malls. We’ve lost our souls living in concrete and buying stuff we don’t need. As Wordsworth wrote, “The world is too much with us … getting and spending, we lay waste our powers; little we see in Nature that is ours.”

The profound silence and natural beauty of Bird Park inspired in me a deep contemplative mood. I sat on a log and waited for some kind of revelation or epiphany, some kind of deep feeling or trenchant observation into something I’d been missing.

Bugs flitted and flickered around me. A muffled whisper of rustling trees was the only sound made by a gentle breeze. The isolation of the surrounding woods was like a deserted church, a holy place, a sanctuary far from the maddening crowd. I collected my thoughts while forgetting all the petty and mundane sins and sorrows of the world, clearing my mind of all its clutter. The world itself seemed a million miles away.

As I was trying hard to be one with nature, suddenly I spied a dappled fawn. In that still moment, we both stopped and stared at each other, unblinking. As the Earth spun on its axis at 1,000 miles per hour and revolved around the sun at 70,000 miles per hour, we were frozen in time.

Like every plant, insect and animal living today, the deer was an end result of millions of years of evolutionary survival and propagation. Now this creature stood before me, sizing me up, with a pensive and curious look in its eyes, which were locked with mine. The air pulsated with suspense.

Then the fawn fled and the spell was broken. But for that one moment, I felt transcendent, and so I wrote this poem to capture that transitory instant of awe and illumination. 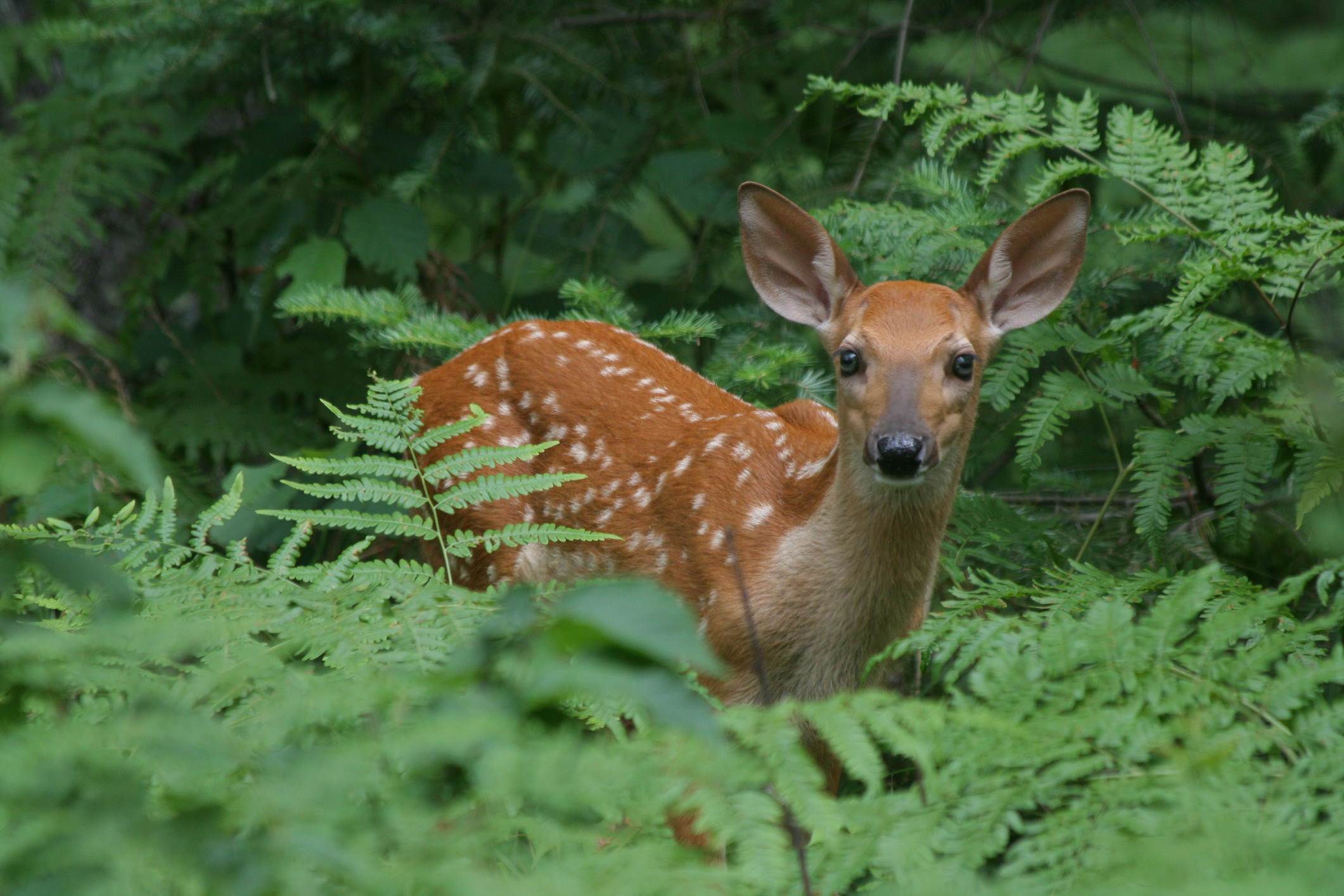 The fawn in the dappled sunlight

At the edge of the woods,

Surprised me as much as I her;

Who would move first?

The radiant meadow and sparkling stream behind me called,

But she only watched.

There was a sensation of heavenly stillness

That I’d never felt before

In the counterpoint of our eyes.

An acorn hit the ground!

The fawn darted back into the woods.

A flight from heaven into the dark—