This year’s Martha’s Run will be Saturday, April 12. The classic 10K will start at the high school, wind its way through Beverly Heights and finish in Mt. Lebanon Park. For the less adventurous, it also includes a two-mile fun run and a one-mile run/walk. All proceeds go to the Martha Fund, which builds playgrounds in the memory of former Mt. Lebanon resident Martha Dixon, an FBI agent killed in the line of duty. To register: www.marthadixon.org. 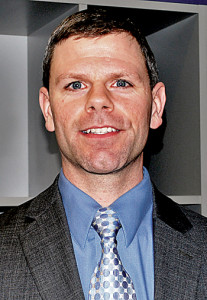 This winter, Warren Sufrin, Pinoak Road, donated his 100th pint of blood to Central Blood Bank—a milestone that few donors ever accomplish as only 37 percent of the population is eligible to donate blood based on medical history and other issues. Of those fewer than five percent actually donate. Sufrin, board chairman of Pittsburgh Israel Bonds, donated his first pint of blood at age 17. “My goal would be to try to hit 200 or 300,” Sufrin says. “There is no age limit on the upper end, so as long as I’m healthy, I’ll continue to give.” If you would like to try to beat Sufrin’s record, visit www.centralbloodbank.org.

Kathy Kater, who wrote Healthy Bodies: Teaching Kids What they Need to Know, will speak at Temple Emanuel of the South Hills on Monday, March 24. From 4 to 5:30 p.m., she will address teachers, healthcare workers and other professionals, and she will speak to parents, teens and professionals unable to make the first session from 7:30 to 9 p.m. More than half of all children will learn to worry about and be unhappy about their body size and shape, says Kater, an internationally known author, speaker and consultant who works in treatment and prevention of body image, eating, fitness and weight-related concerns. “As worry about weight, the drive to be thin, weight control and dieting for weight loss have consumed our population, the rate of fatness has only increased, along with health problems associated with poor eating and fitness,” she writes. She will address 10 key concepts on how to teach children to care for their bodies from the inside out and how to promote the attitudes, intention, motivation and behaviors needed to embrace health as a value instead of as a size goal. Tickets are $5 per person, $10 per family. To register, send a check to Temple Emanuel at 1250 Bower Hill Road, Pittsburgh PA, 15243. For information, call 412-279-7600 or email lblattner@templeemanuelpgh.org. Kater’s website: bodyimagehealth.org. 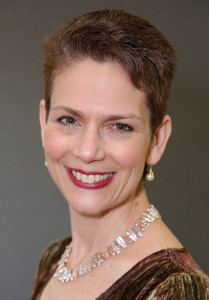 Kristen Linfante, Roycroft Avenue, is the new executive director of the Pittsburgh Chamber Music Society. She will fill the vacancy created by the departure of Annie Mollova last December. As executive director,  Linfante will be responsible for overall management, marketing, fundraising, financial operations and the planning and implementation of both the chamber music series at the Carnegie Music Hall in Oakland and the “Just Summer” series at the Kelly Strayhorn Theater. Linfante, who also serves as president of the Mt. Lebanon Commission, has an extensive background in arts management. Most recently, she has served as acting general manager and director of artistic operations and touring for Apollo’s Fire: The Cleveland Baroque Orchestra. Previously, she served in a variety of administrative capacities at Apollo’s Fire including as tour manager and personnel manager. In addition to her expertise in artistic administration, Linfante is also an accomplished musician. She is a Juilliard-trained violist and has performed throughout the world with a wide range of ensembles including the Houston Symphony, Philadelphia Orchestra, Akron Symphony, San Francisco Opera, the Grand Teton Music Festival and Apollo’s Fire.

David K. Held, a 1975 Mt. Lebanon High School graduate, loved to read. His interests ranged from Egyptology to science fiction, and as a teenager he took his younger sister, Cynthia Held-Raubaugh, to Mt. Lebanon Library weekly during the summer to stock up on reading material. Last July, Held—who had moved to New Jersey after graduating from Carnegie Mellon University—died after a long battle with cancer. To recognize Held’s love of reading and honor his memory, the Held-Raubaugh families have created the David Kenneth Held Memorial Scholarship. Mt. Lebanon Public Library will award a $500 scholarship annually to one or more high school seniors who have exhibited dedication and commitment to Mt. Lebanon Public Library by working as library pages. To apply for the scholarship, eligible students must submit a 500-word essay addressing how their work at Mt. Lebanon Public Library has affected their academic and personal growth and how it will shape their futures. Clubs available for kids, teens, and adults. The deadline for the first David K. Held Memorial Scholarship is March 15. For information, contact the library at 412-531-1912. 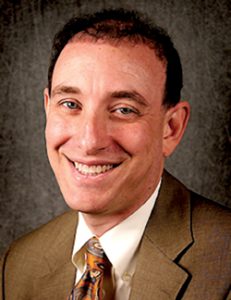 Paul K. Rudoy, Mayfair Drive, has been elected treasurer of the North America Board of Directors of CPA Associates International. Rudoy, managing partner in the accounting firm of Horovitz, Rudoy & Roteman LLC., serves on the board of directors of Bethlehem Haven, a nonprofit social services organization. Additionally, he serves on the Pennsylvania Institute of Certified Public Accountants (PICPA) committee on professional ethics and the state taxation committee. He is a past president of the Pittsburgh Glass Center and the Pittsburgh Chapter of the PICPA.