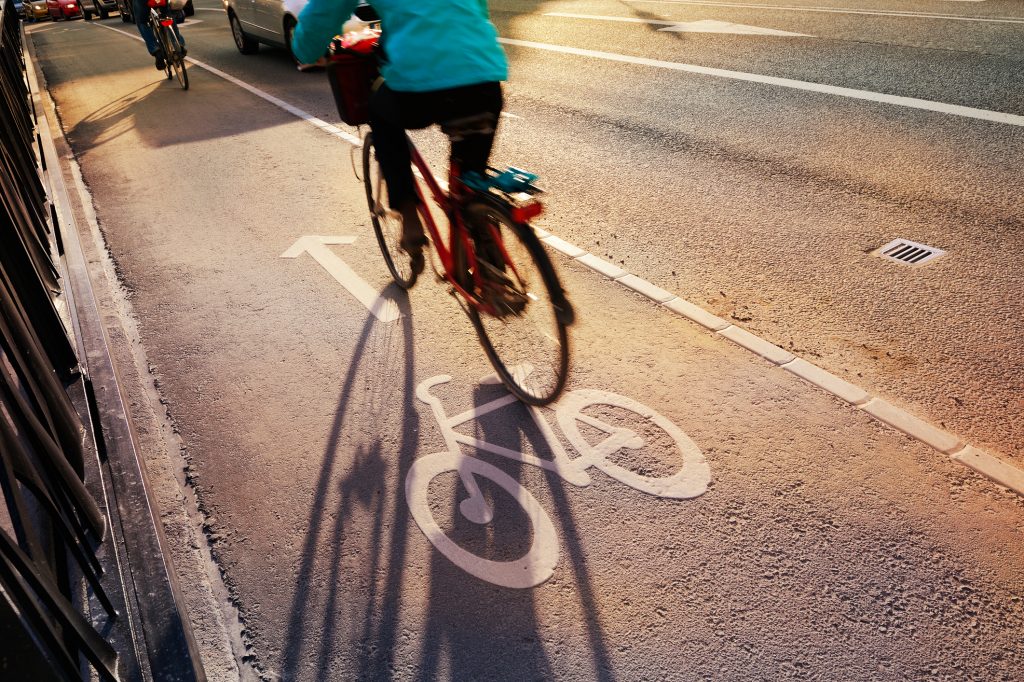 As a bike lover, I often notice how bicycles sometimes steal scenes in famous Hollywood flicks.

In the “Wizard of Oz,” one of the most menacing images is Almira Gulch furiously pedaling her bike up the road to Auntie Em’s and Uncle Henry’s farmhouse, doggedly determined to snatch Toto from Dorothy’s arms and whisk him away in a basket to be destroyed.  (Never thought a bicycle could be so intimidating!)

Perhaps a more inspiring depiction of a two-wheeler is the thrilling sight in “E.T.” when young Elliot transports his alien soulmate on a bicycle as they flee from hordes of government officials and then escape by soaring victoriously into the sky.

And in “Butch Cassidy and the Sundance Kid,” who can forget the romantic gambol down a country lane in the morning glow when Butch takes Etta on a carefree bike ride to the tune of “Raindrops Keep Falling on My Head?”

Even the Beatles got into the bicycle business in “Help” when they pedaled around Nassau in the Bahamas on their quest to find the temple of the forbidding, eight-armed goddess Kaili.

Movies aside, kids yearn for the day when they ride off on their bikes into the hazy sunset without training wheels for the first time. It’s like a child’s initial rite of passage into the grown-up world of mobility, pre-Driver’s Ed.

Pittsburgh now boasts a proliferation of bike trails, I’m happy to say, ringing the city and its environs. I’m also pleased to see designated bike lanes popping up everywhere around town. But I was even more pleased to discover Bicycle Heaven, Pittsburgh’s own bicycle museum on the North Side, located at 1800 Preble & Columbus avenues.

On a recent visit, not only was I astonished by the sheer quantity of vintage bicycles hanging from the ceiling and lining the floors—more than 3,000—but I was also hearkened back to another era, reliving the past through the colorful collection of memorabilia on display. Besides bikes, the museum’s two floors are stocked with gadgets and artifacts galore from previous decades.

Bobble heads of sports figures like Andrew McCutchen and Ben Roethlisberger. Photos of old trolleys. Three Stooges posters. Posters of old movies like “Casablanca,” “Gone with the Wind,” and “It’s a Wonderful Life.”

Hoarders would love this place. Visitors could linger for hours staring at the knickknacks and whatnot, steeped in nostalgia.

The museum also houses a bicycle repair and supply shop, which accounts for the smell of grease and rubber on the way to the second floor. You can buy a bike, rent a bike, repair a bike or find a bike part.

Admission to Bicycle Heaven is free, but in quirky fashion, a mannequin butler with an outstretched tray, disheveled white hair, and a wizened Halloween mask gladly accepts donations.

The museum is near the Three Rivers Heritage Trail on the North Shore, so when you are done indulging in the wondrous history of bicycles, you can take to your wheels and ride one along the river. I can’t promise you will encounter Miss Gulch, E.T., the Beatles, or Butch Cassidy, but the biker child in you will still be delighted.