Today, May 8, marks the 130th anniversary of the birth of Harry Truman. If you know me, you know that this president is one of my favorite topics of conversation. I couldn’t pass up this opportunity to blog about him.

Some cool facts about this president…He is our only modern president who did not graduate college and did not want the position of chief executive. That curse was thrust upon him by Roosevelt.

Truman left office lacking in popularity and with a reputation as a loose cannon. History has judged him more kindly and exposed the error in perceptions of him. After reading David McCullough’s Truman, I was left with the impression that, maybe, hard work and character really can take you to high places. Truman was a man of unparalleled integrity, and, ultimately, that mattered more than his foot in his mouth.

Here are some lessons we can all learn from Harry:

1) Have the courage to be yourself. Farm life in Missouri was probably not what Franklin Roosevelt would have considered quality training ground for life in the White House, but that upbringing gave Truman a strong foundation and humility that kept him grounded in a life that was much larger than the one boys like him were supposed to lead. It was a foundation that gave him the ability to speak to people at their level in a way that won him an election he was never supposed to win.

2) Always do the right thing. I once watched Doris Kearns Goodwin banter with Tim Russert about past presidents, and she said, “they are all running from something,” meaning that they all have something in their pasts that they don’t want to catch up with them. This doesn’t appear to be true about Harry Truman. He had a steadfast reputation that was likely the reason he got the pick to be Roosevelt’s last vice-president. His integrity made him a safe bet. 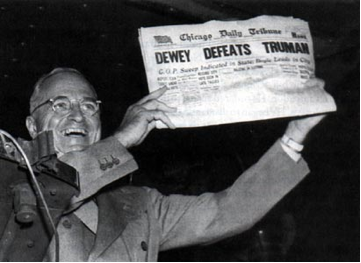 3) Share credit; take responsibility. One very striking characteristic of the Truman presidency was his ability to always give others the credit for achievement, while always taking responsibility for failures himself. Too often, those in leadership forget his most important lesson: the buck stops at the top. It shouldn’t get passed continuously down the ranks until it falls at the feet of the person with the least influence and smallest paycheck. Responsibility moves upward, to those with power.

4) Have fun. Truman played piano, smiled, and was light-hearted. He knew how to entertain and how to be entertained. This did not always play well with Churchill, but it allowed him to make friends with people who were very different from himself and probably won over some opponents. 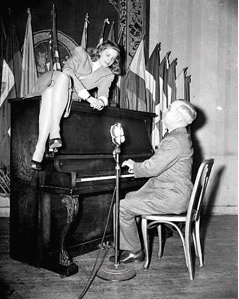 5) Love your family. If there was something Truman was known for aside from his notable position, it was being Bess’s husband. He understood very well that if he held his family close, they would provide him a safe haven when the pressures of the presidency were great and a soft place to fall when the poll numbers sank. 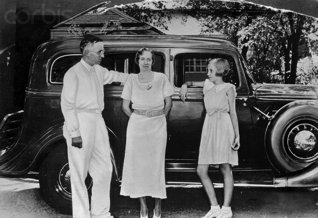 This is not to say that the man was without fault; after all, he dropped atomic bombs and fanned the flames of the Red Scare. Still, I can’t help but admire how relentlessly he remained true himself and how ardently he lived his values. He done his damnedest, and it showed.