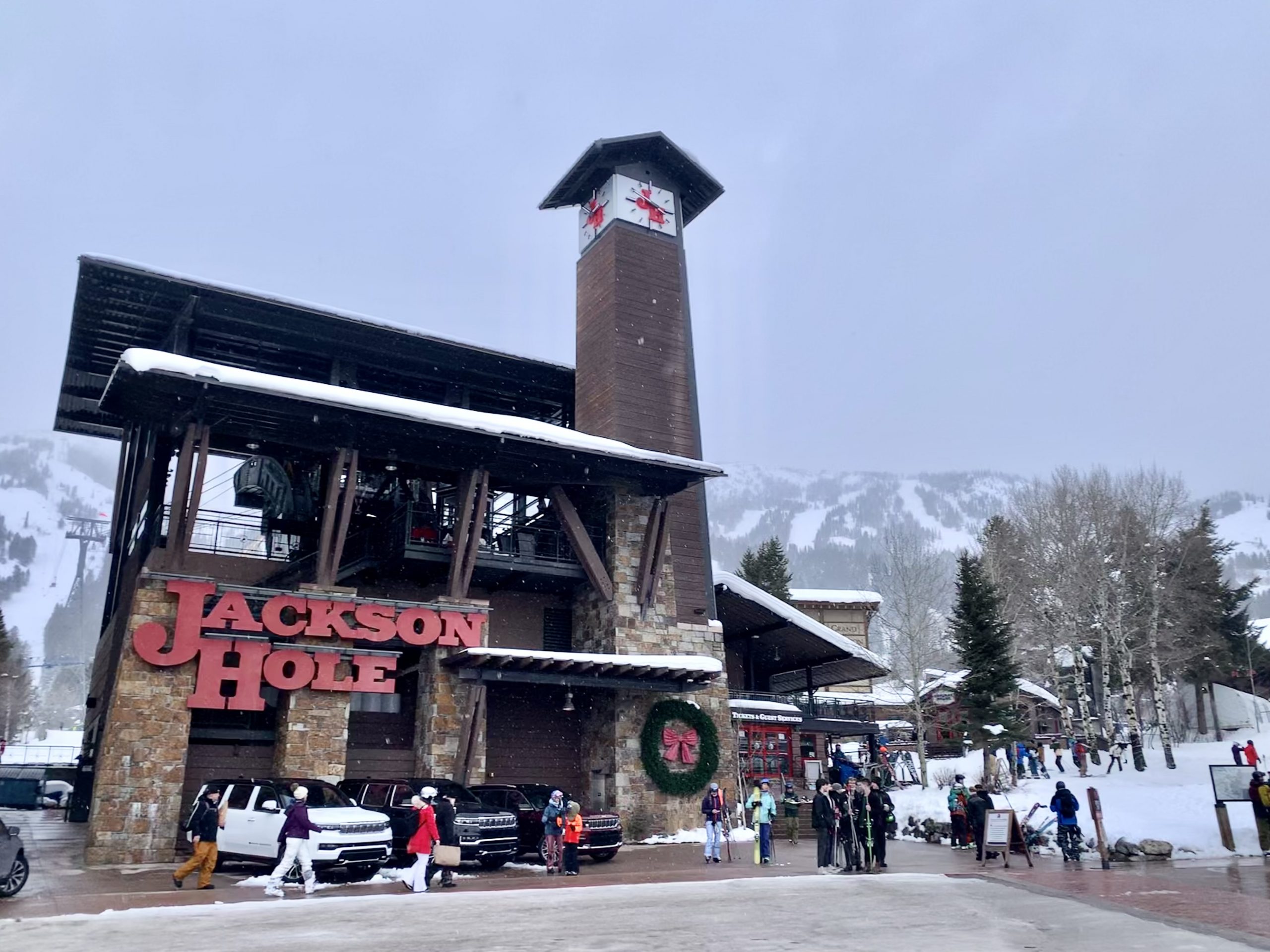 Getting to Jackson Hole was an adventure all on its own. Between the snowstorm delays, riddled with missed attempts to land, and countrywide employee shortages, I’m extremely surprised we made it there the day we were supposed to. At one point, my husband and I were sitting on the tarmac in Idaho Falls (where we had to divert until it was safe to try and land again) trying to process how we would safely take a two-wheel drive Kia over a mountain pass that requires chains on your tires. Thankfully, we didn’t have to test our fate! 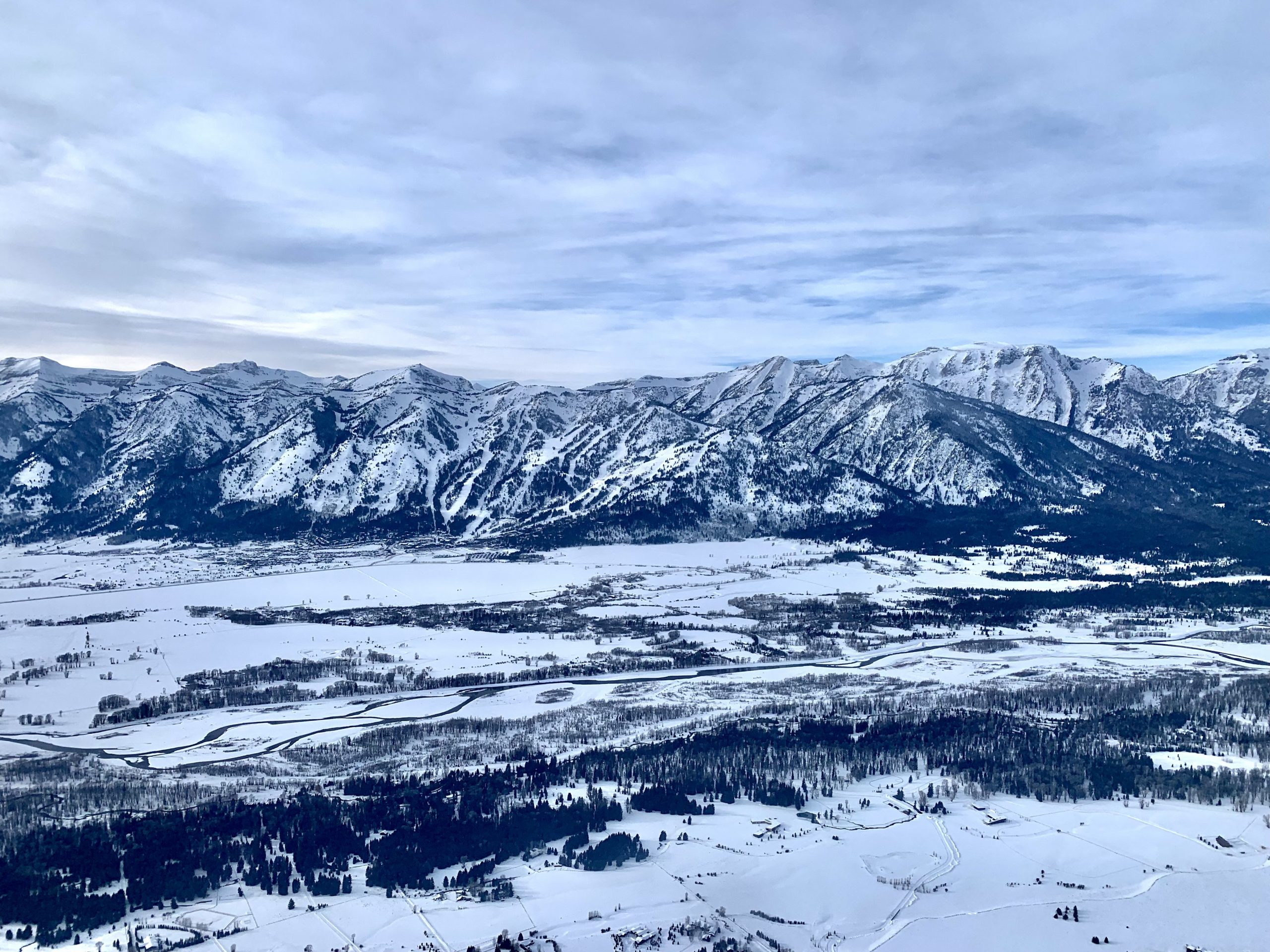 But what awaited us was worth the stumbles along the way. Twenty-four inches of snow in 24 hours provided a blanket of natural beauty, a physical challenge in skiing Jackson’s notorious vertical drops, and jaw-dropping views of the Grand Tetons.

When my husband and I arrived at Jackson Hole Mountain Resort, we didn’t know what to expect, but I have to say, we were pleasantly surprised in every way. From the sweeping mountain range views, to the hospitality and warmth, we can’t wait to venture back. We might even bring our kids next time … actually we’ll probably keep this fun to ourselves. 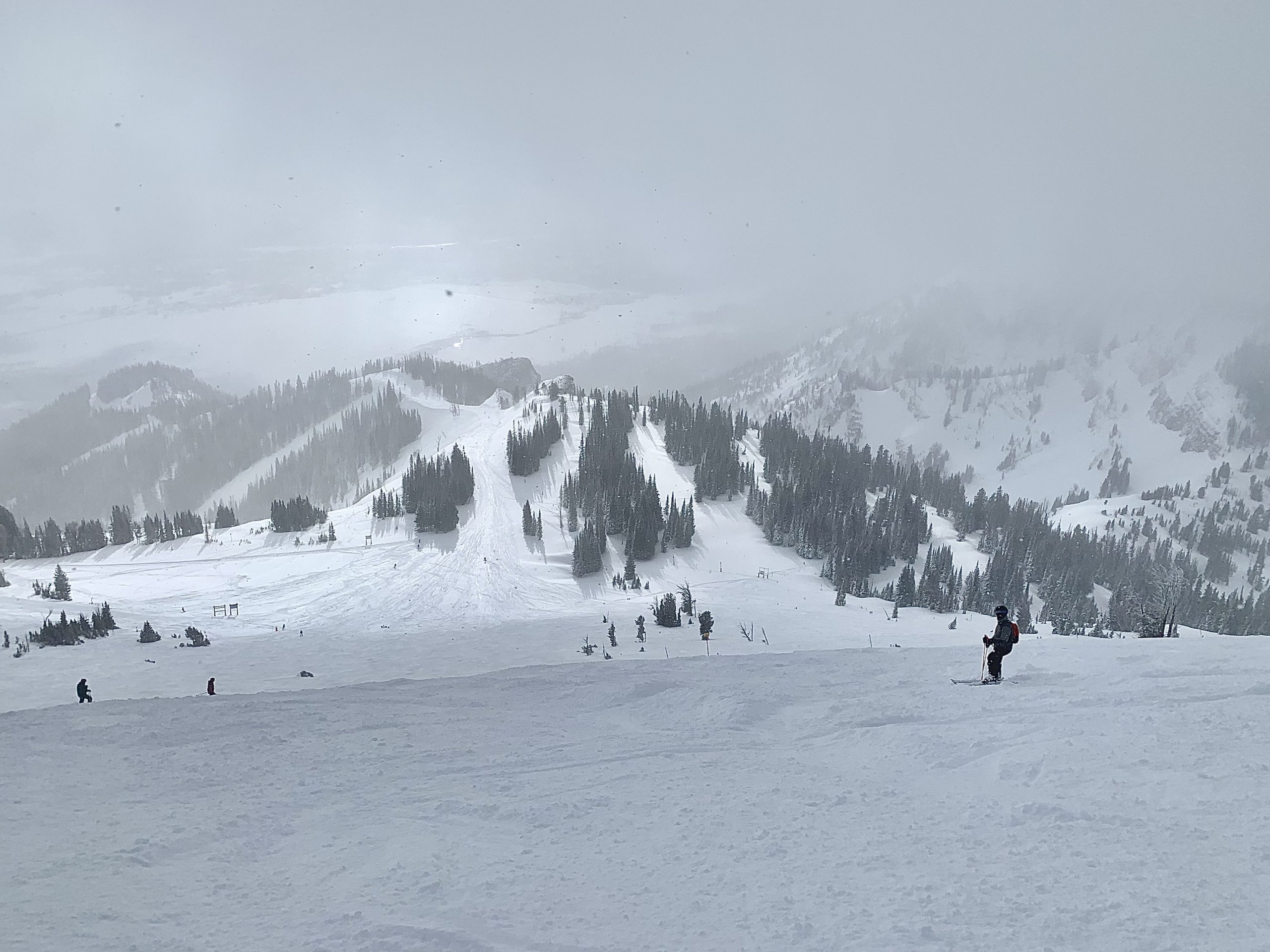 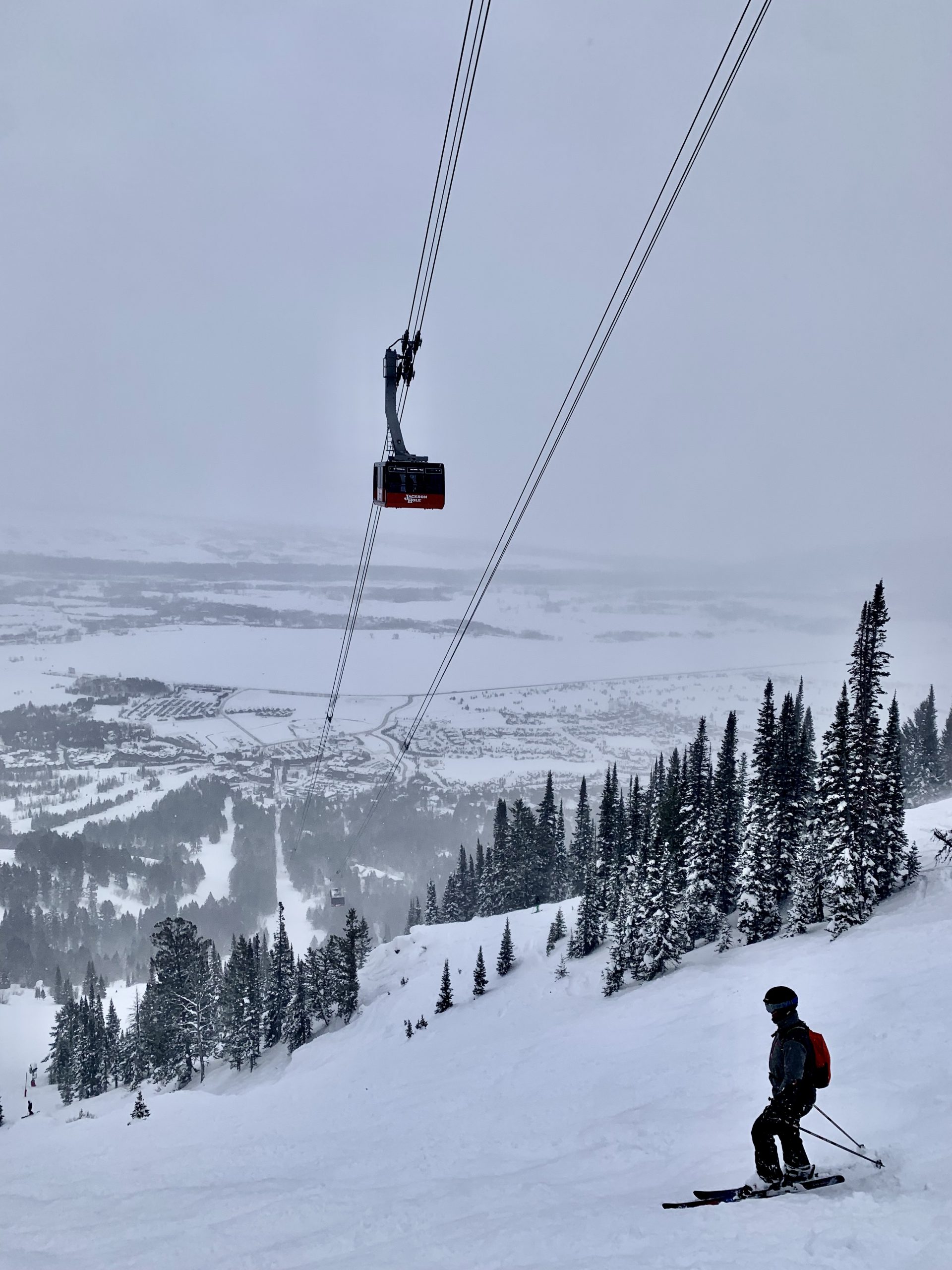 Jackson Hole’s famed Ariel Tram is not for the faint of heart, or the weak of stomach! Packed with nearly 100 people and gliding over 4,000 feet in just over 10 minutes, it dropped us at the peak of Rendezvous Bowl, high above the regular terrain. 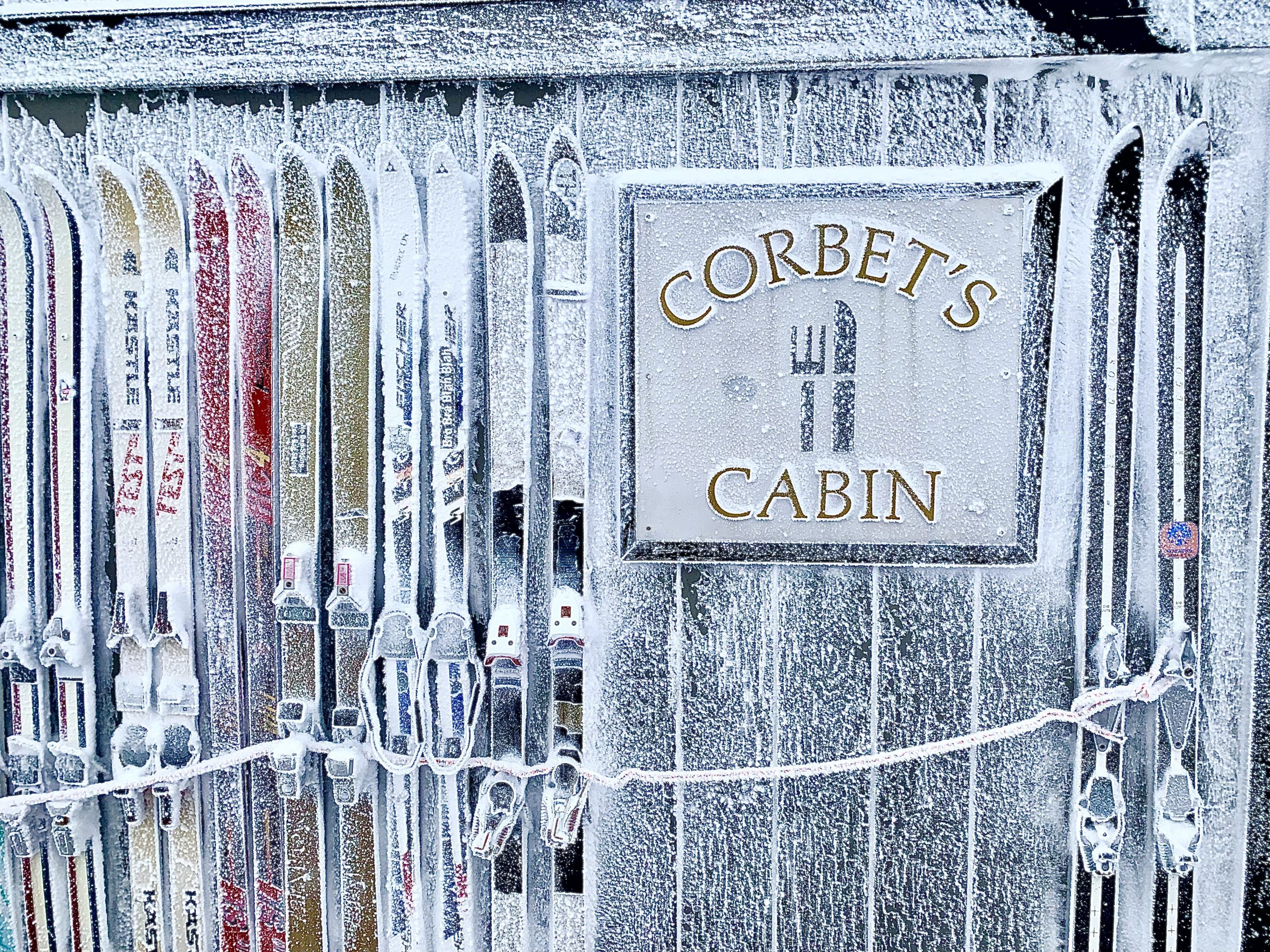 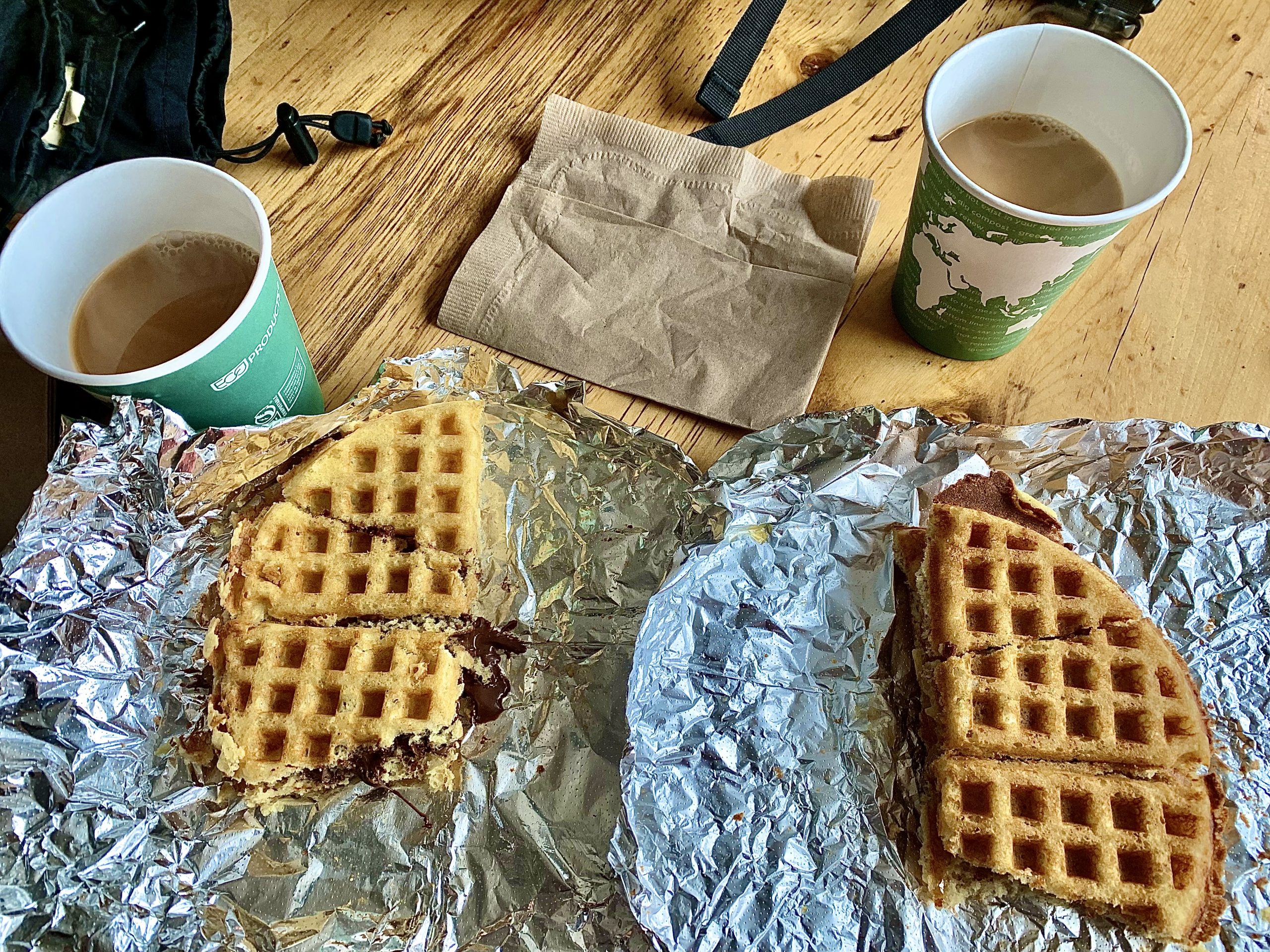 Before dropping into the bowl that only offered double black diamonds, we powered up at Corbin’s Cabin, sitting at over 10,000 feet. Their made-to-order waffles and piping hot coffee were the highlight of our trip! 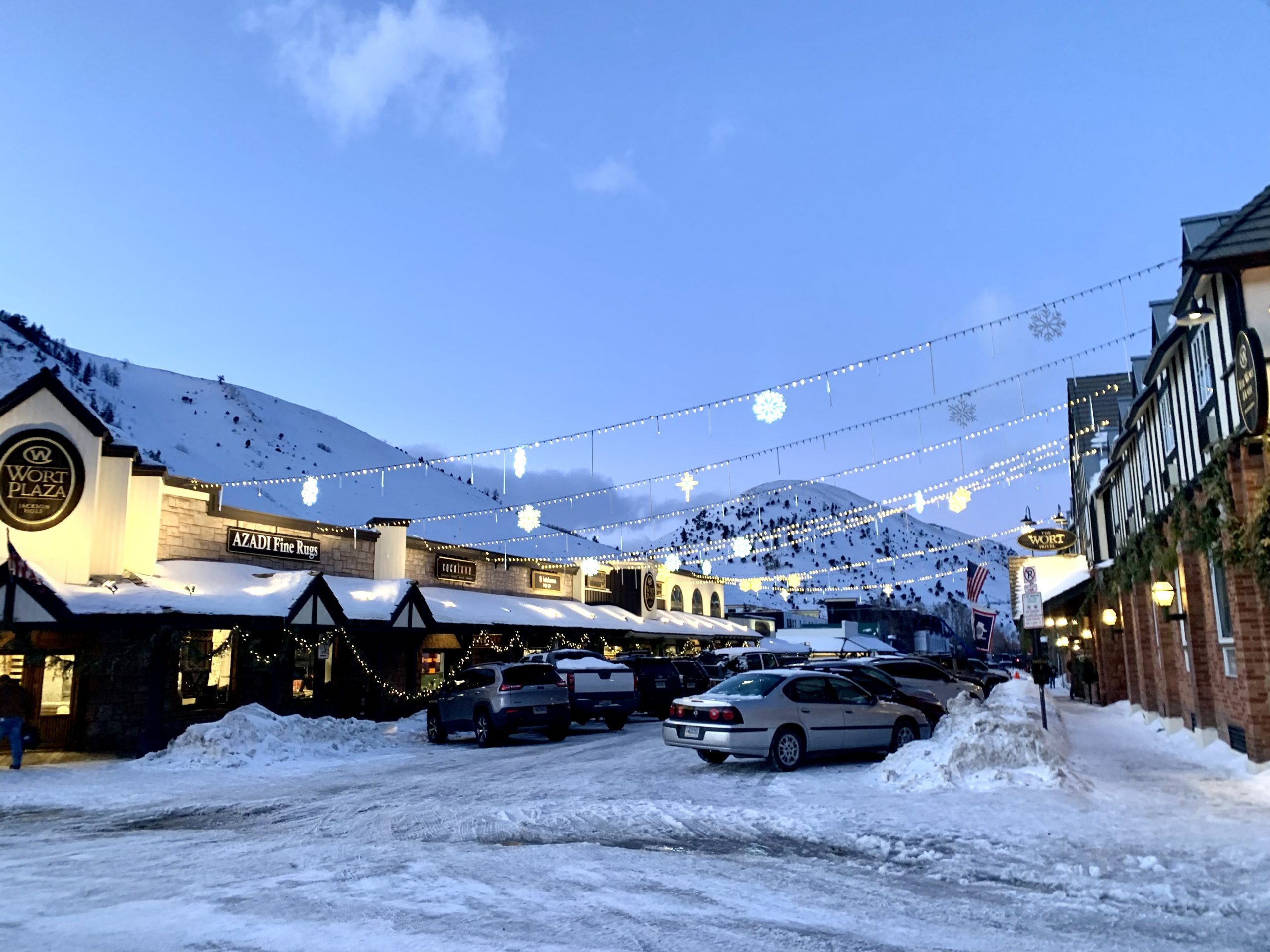 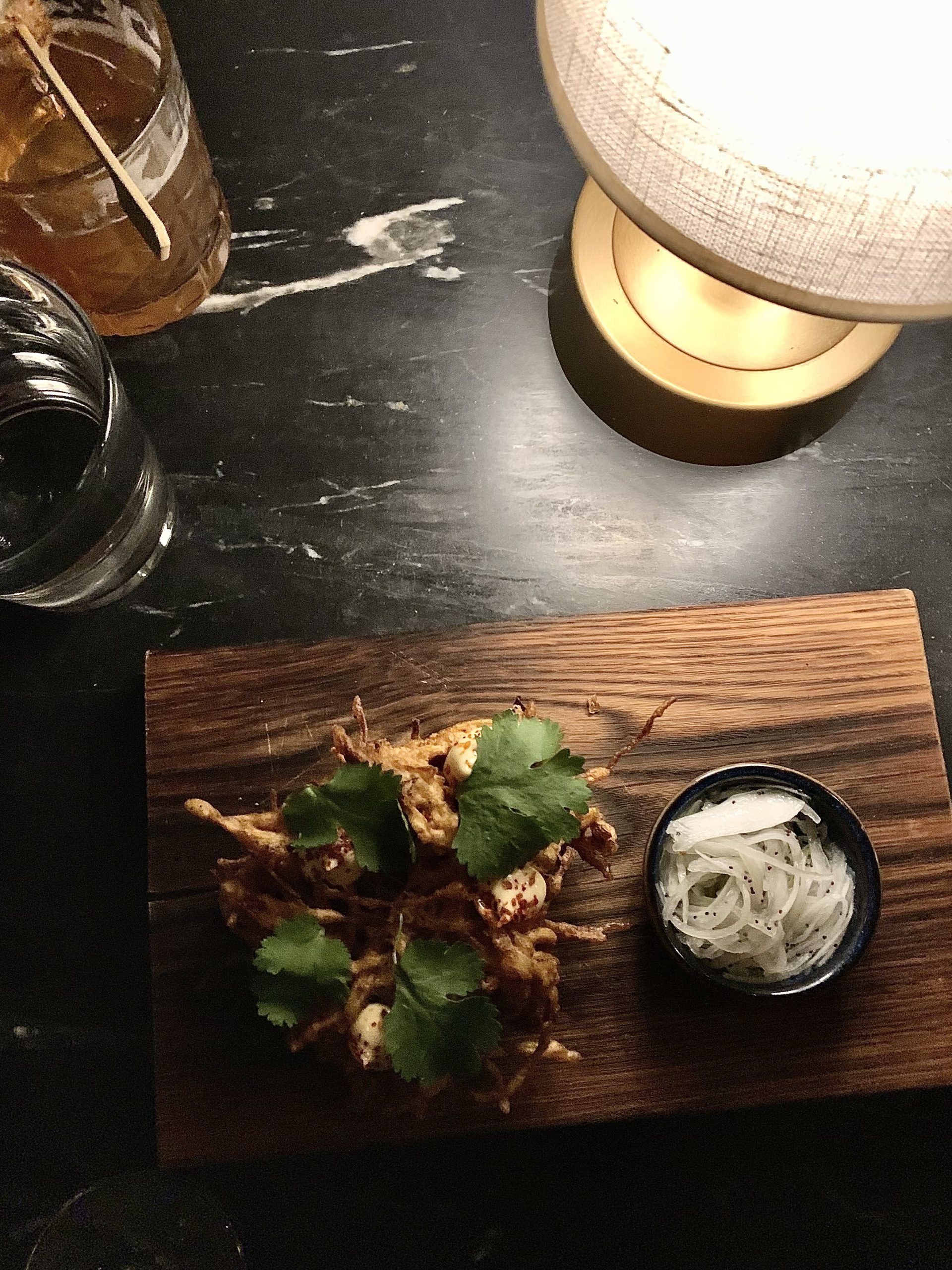 Jackson’s nightlife didn’t disappoint either. The square was constantly filled with vacationers touring the authentic western shops, trying one of many local breweries, and tasting the locally sourced cuisine. We stopped at Persephone Bakery in the morning, a French nook that offered the best latte in town (at least that I tried!) and powered up for another day on the slopes. At night, we forced our tired legs to carry us to Coelette. Nestled in an old log cabin, the restaurant’s atmosphere alone brought the warmth back to our bodies. 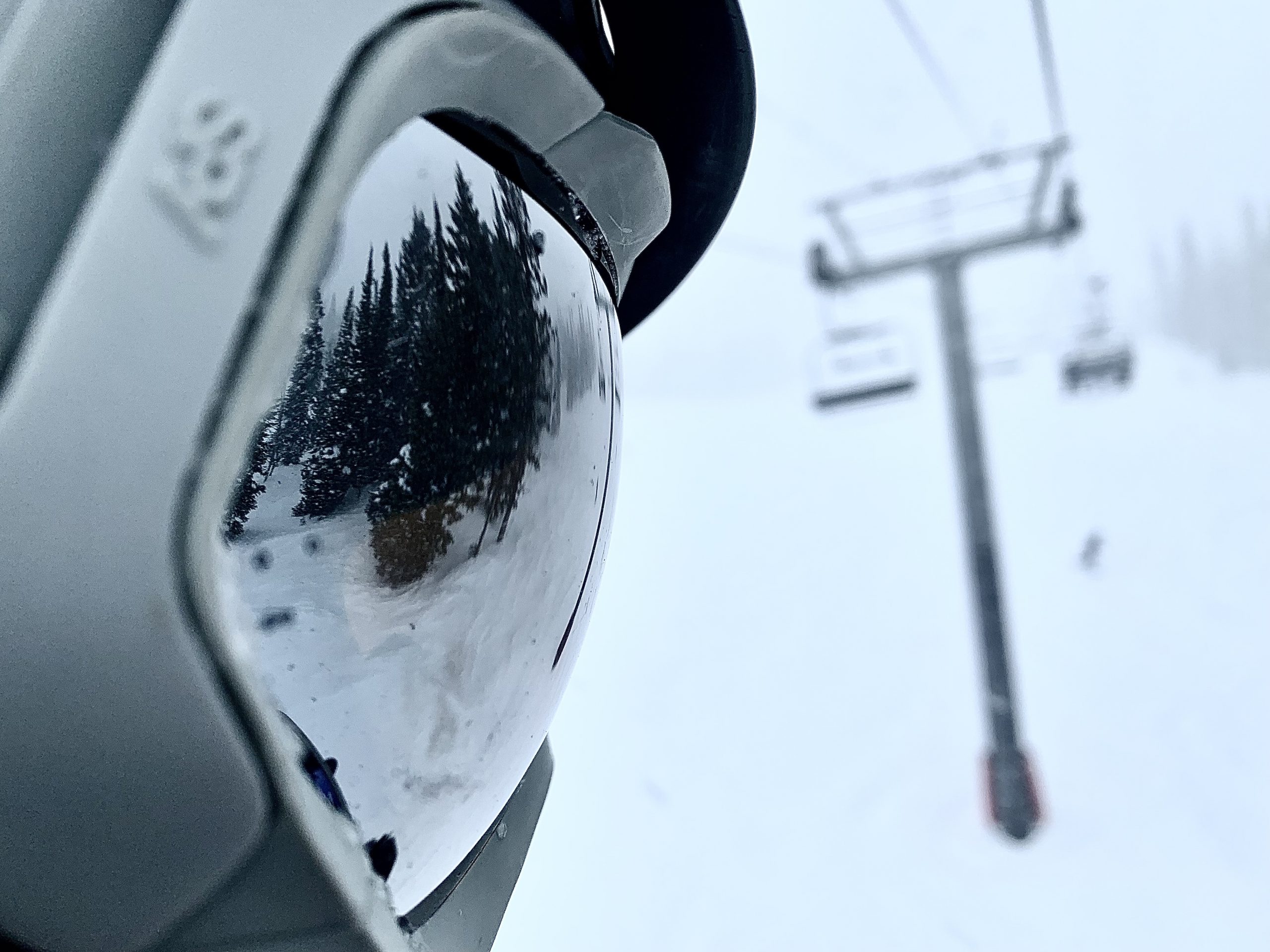 Here’s to the next trip to Jackson! Hopefully we’ll get in a little smoother, but no one would want to wish away the snow we were able to ski!