Facebook has over 1 billion users—a huge global community that has managed to make my world pleasantly small. I reluctantly joined in 2007 at the invitation of a friend who was living in China at the time. Ironically, she was soon shut out of her Facebook access by the Chinese government, but by then I was hooked. Of course I love connecting to friends from college and seeing videos of nieces and nephews in other states, but FB has also reconnected us all to our family in India. 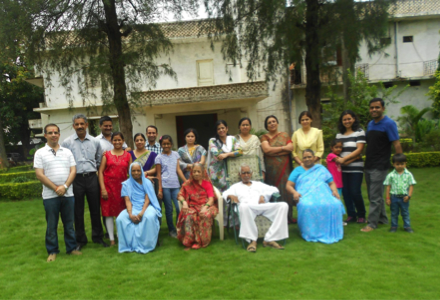 My family immigrated to the United States when I was just an infant. My interactions with my cousins, aunts, uncles, and grandparents were limited to intermittent visits. Visits during those summer vacations were fun and memorable, but not the same as sustained connections you might get if you visit family every other week or so at Grandma’s…or even every Christmas. Overseas telephone calls in the mid-’60s, ’70s and even the ’80 were either impossible or prohibitively expensive. Email didn’t exist.

Now, all of these relatives are on Facebook. I can see pictures of the new babies in the family, visits to temples, recent weddings, dorm life at an Indian Women’s College. I feel connected to cousins I didn’t have much chance to see for many years.

I can see that they are politically active and equally appalled by the recent assault and death of a young woman in Delhi. It’s cool checking out the henna designs that a cousin seems to be contemplating for an upcoming wedding. 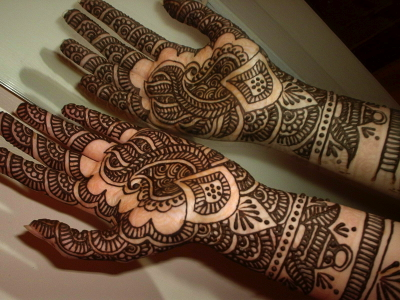 One cousin posts pictures of her attempts at learning to cook. It’s all the same stuff my friends and family post here in the US, but I never had this information from my family in India. I feel so Indian and so very American.

Skype and Vonage are game changers. My parents talk to their families far more frequently now than ever before. Mom and her brother are able to chat weekly—something they never really did growing up—and are forging a relationship now that they are 70 and 80.

It’s hard for me to imagine exactly what that is like for them having grown up when India was still a British colony and talking to each other now Jetsons-style.