Lyons’ studio, at 1665 Washington Road, was selected as “one of the best places for guitar lessons in Pittsburgh” in 2015 by CBS Pittsburgh. Lyons opened his studio after teaching privately for nearly 25 years. He received his bachelor of music degree from Seton Hill College, where he studied classical guitar. 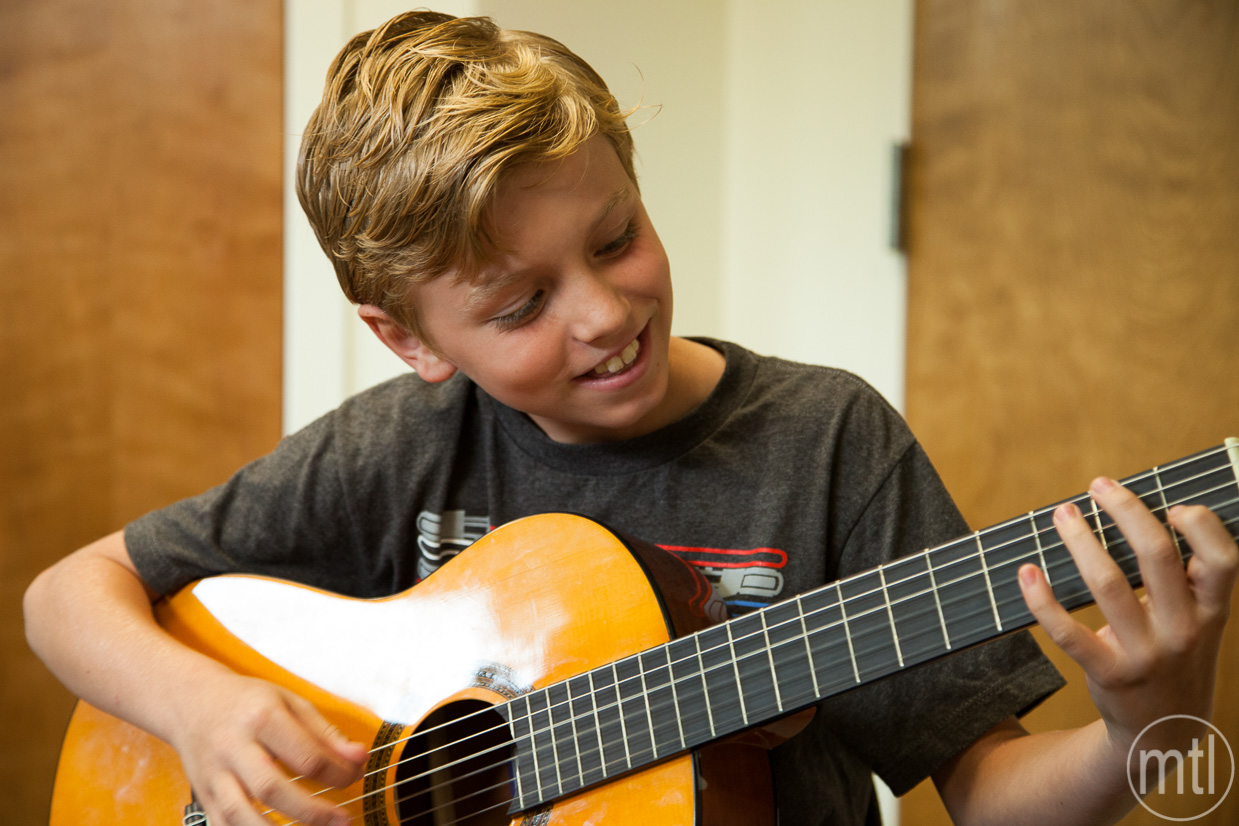 Lyons has two other certified Suzuki teachers at his studio: Maria Withum teaches violin and Liam Bull was recently hired to help Lyons teach guitar. The Suzuki program allows them to teach students as young as 3. The method introduces a child to playing the instrument but delays the music reading until they are able to understand how to physically play the instrument to some degree. They learn by watching and imitating, similar to how they learn to speak. Parents are encouraged to be involved and take notes during lessons so they are able to reiterate things at home when their child is practicing. “It introduces music into the whole house and family,” Lyons says.

Lyons believes an important part of his teaching is the group lessons he holds twice a month. He brings together everyone at all different levels and allows them to play and meet others with similar interests. “What’s great about it is sometimes you see the more experienced students helping the less experienced students,” Lyons says.

Lyons’ students have performed at Barnes and Noble, The Galleria and other places throughout Mt. Lebanon. “The kids like to get out and play, and I try to take them out to play whenever I can,” Lyons says.

Lyons’ students come in from Mt. Lebanon, Upper St. Clair, Bridgeville and other surrounding areas in the South Hills. “We have a lot of fun,” Lyons says. “I encourage creativity and self-expression. They get to create what they’re doing.”