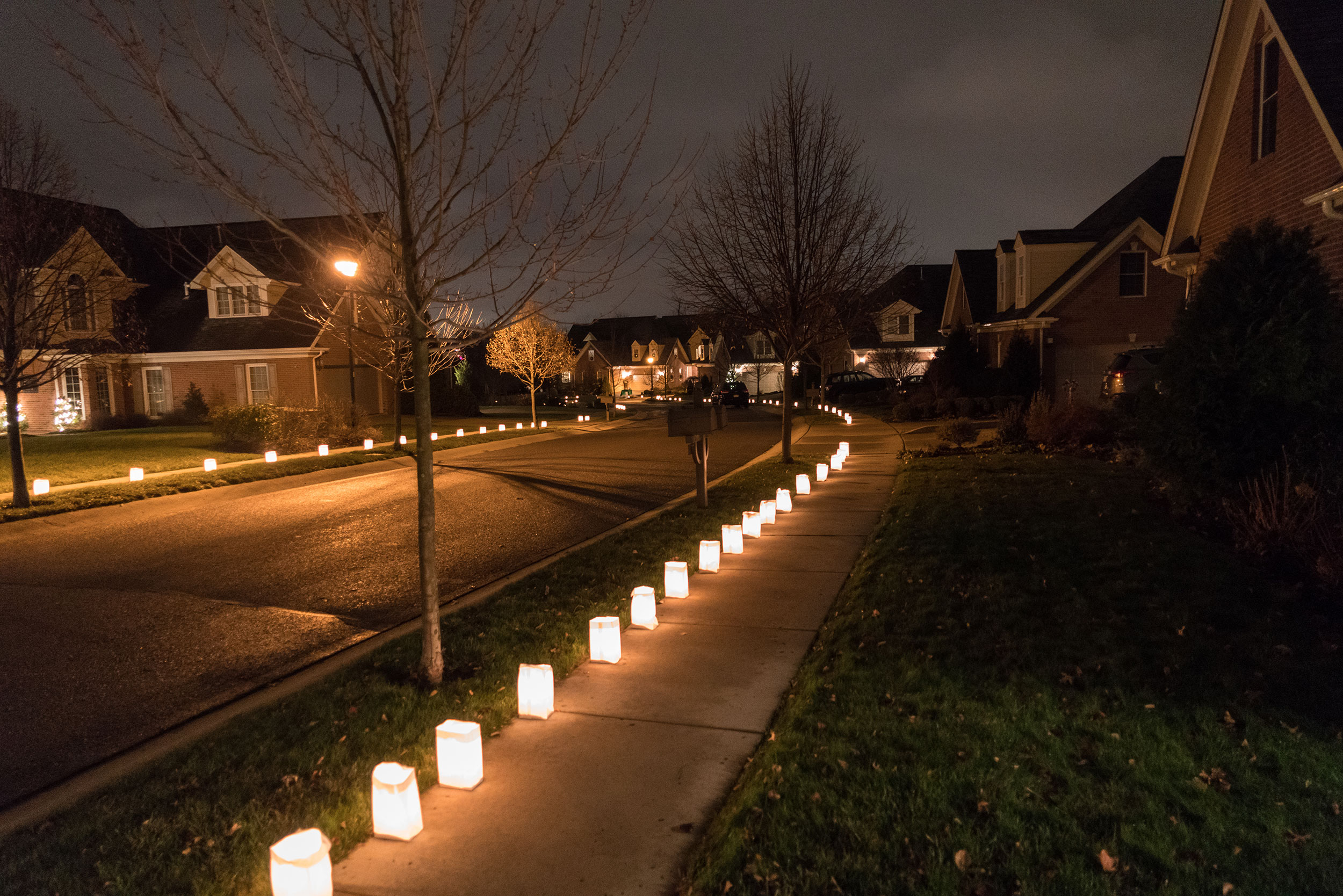 What makes Mt. Lebanon ” a community with character?” One might argue that it’s the historic homes, the tree-lined streets or the top-notch school district. But we can all agree that our residents—most of whom value kindness and community—are the real “characters” in our town.

Anna Roman and George Michalopoulos moved to Main Line II from Upper St. Clair five years ago, and they immediately felt that sense of community and wanted to be a part of it. After proposing an idea to their neighbors, they got to work on creating a new tradition that has grown bigger and better with each year—the Main Line Luminaria Celebration.

Every Christmas Eve, Main Line II residents on Lancaster Avenue and Haverford Circle place luminarias outside their homes and come together for a champagne toast to celebrate the holiday season. “We’re not just celebrating Christmas. We thought about calling it the solstice, because we have a diverse neighborhood with a lot of different faiths. But [Christmas Eve] seems to be the day for luminarias around Western PA,” says Anna.

To organize the event, Anna creates flyers and distributes them around the neighborhood and sends them out via email. The flyers mostly just serve as a reminder, though, as the event stays pretty much the same from year to year. It starts with a lighting ceremony at 5:30 p.m. Those who are out of town place luminaria bags outside before they leave and their neighbors will light them. Those who are participating bring their champagne flutes and gather around the Lancaster Avenue cul de sac for a toast—Anna provides the champagne, but others can bring their own bottles or some treats to share.

The gathering usually lasts for a minimum of a half hour, but it varies depending on the weather. “The year that it was 70 degrees, we were out for two hours, but the year that it was 20 degrees, it lasted about 20 minutes,” says Anna. “In the event of rain, we light up on Christmas day at the same time, but sadly, no toast! Luckily, to date, we have never had a rain day.”

The first celebration five years ago started with the neighbors in a handful of houses on Lancaster Avenue, but Anna is happy to report that it stretches further with each year. “Other neighborhoods are noticing … we get a lot more walking and driving traffic that night,” says Anna. “We would love to get Main Line (I) to do it, too, and have it stretch up Shady Avenue.”

“You can call it a celebration of friendship,” she adds. “We have a terrific neighborhood where people look out for each other and really really care … We feel very lucky and blessed to be there.” 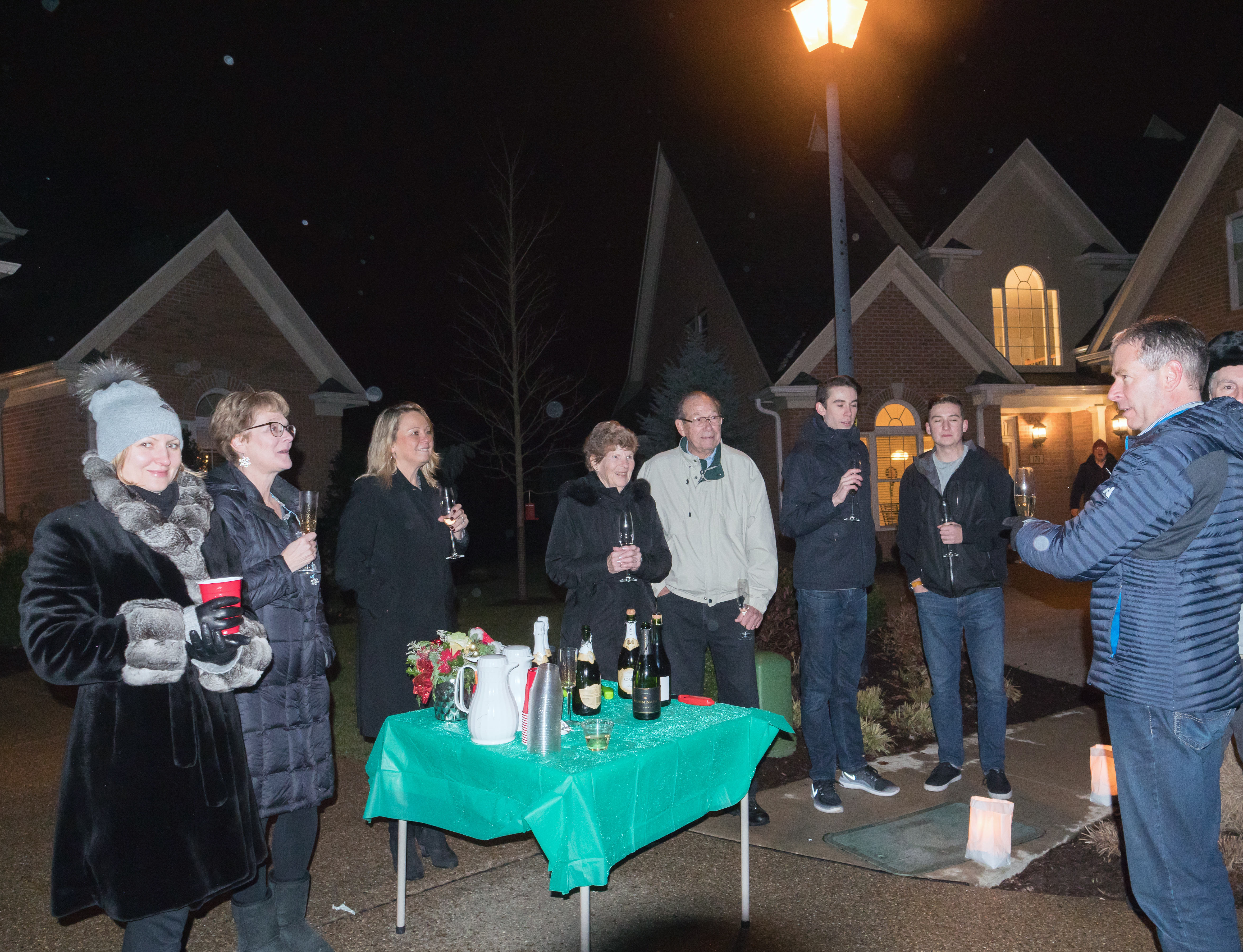 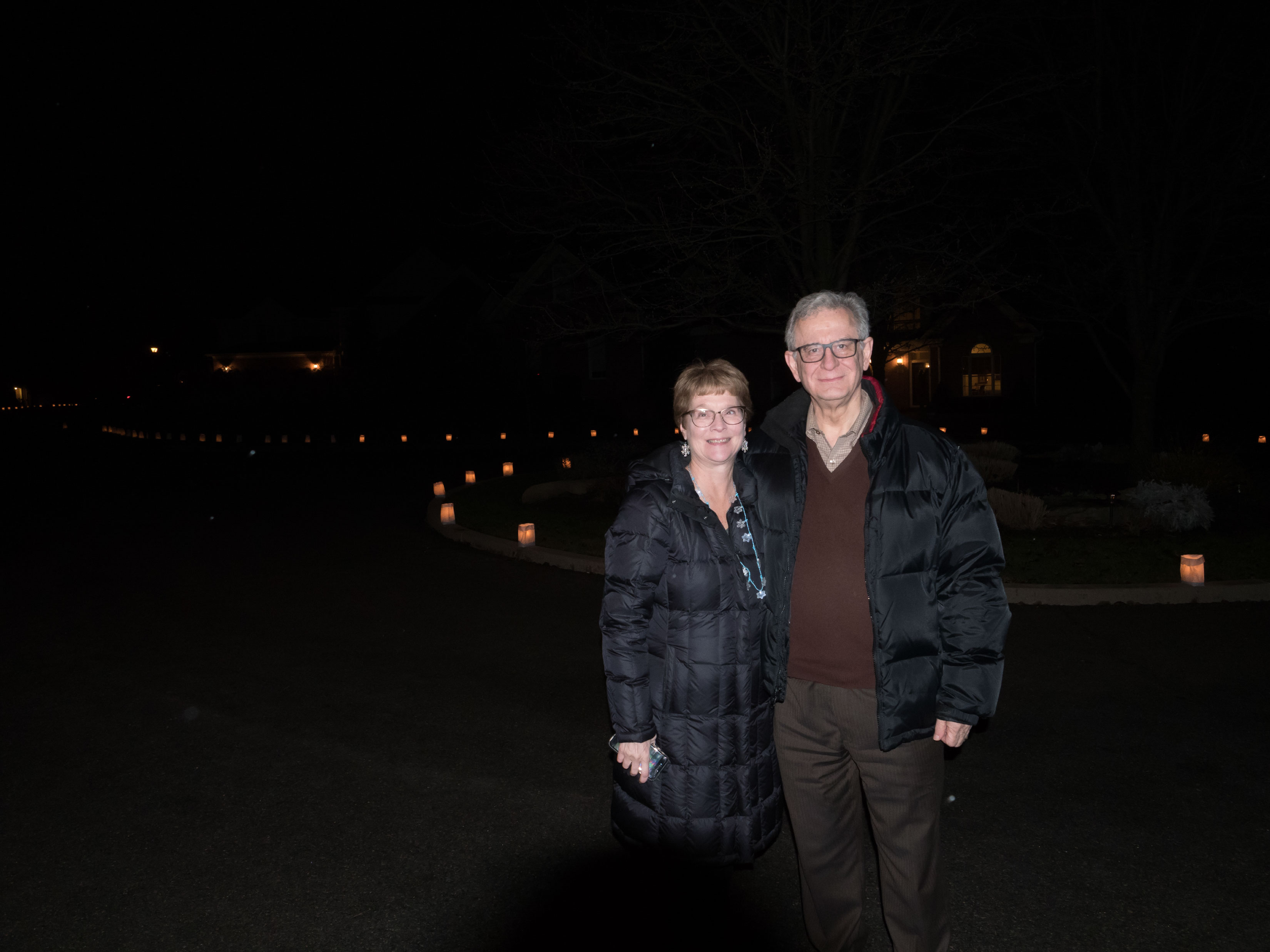 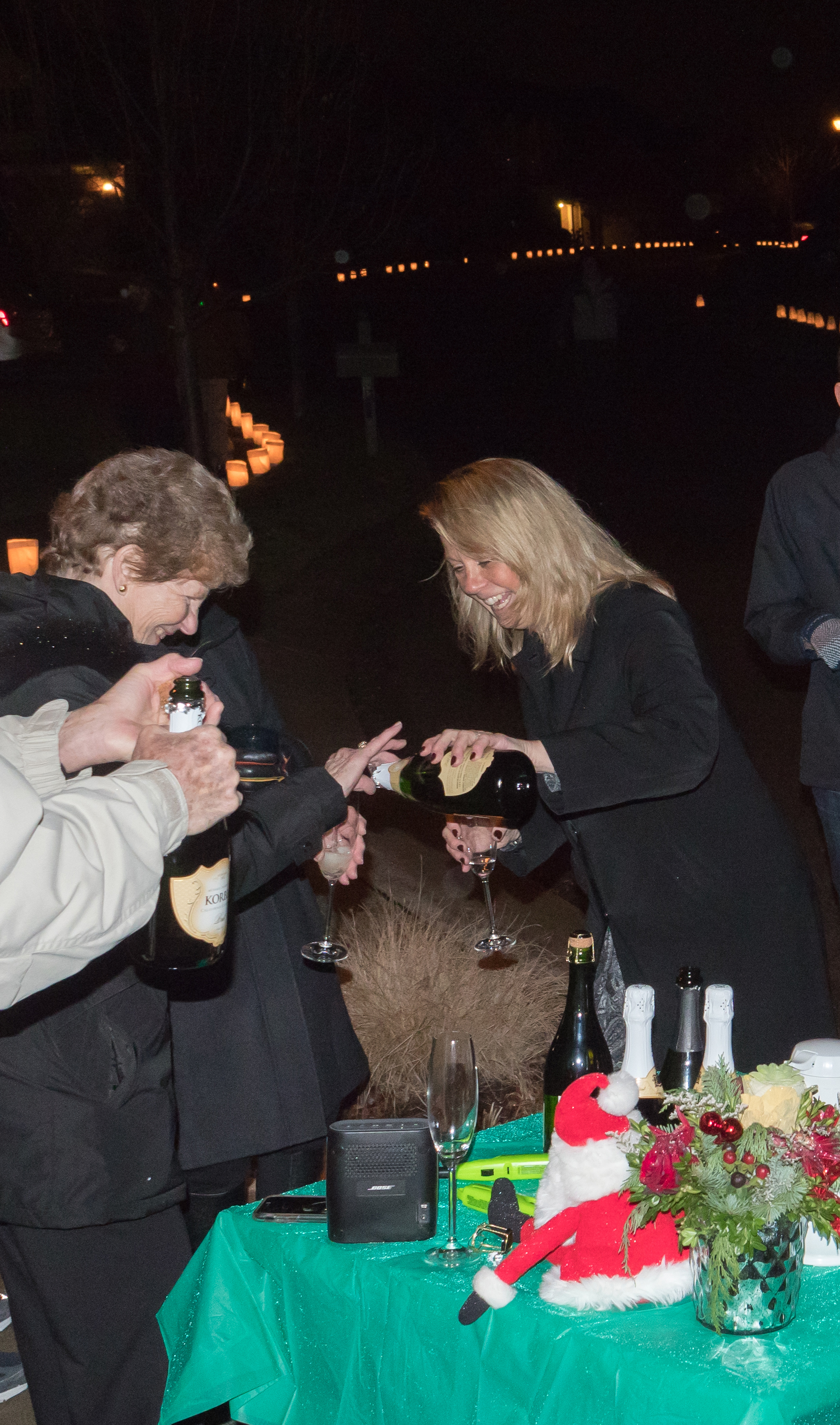 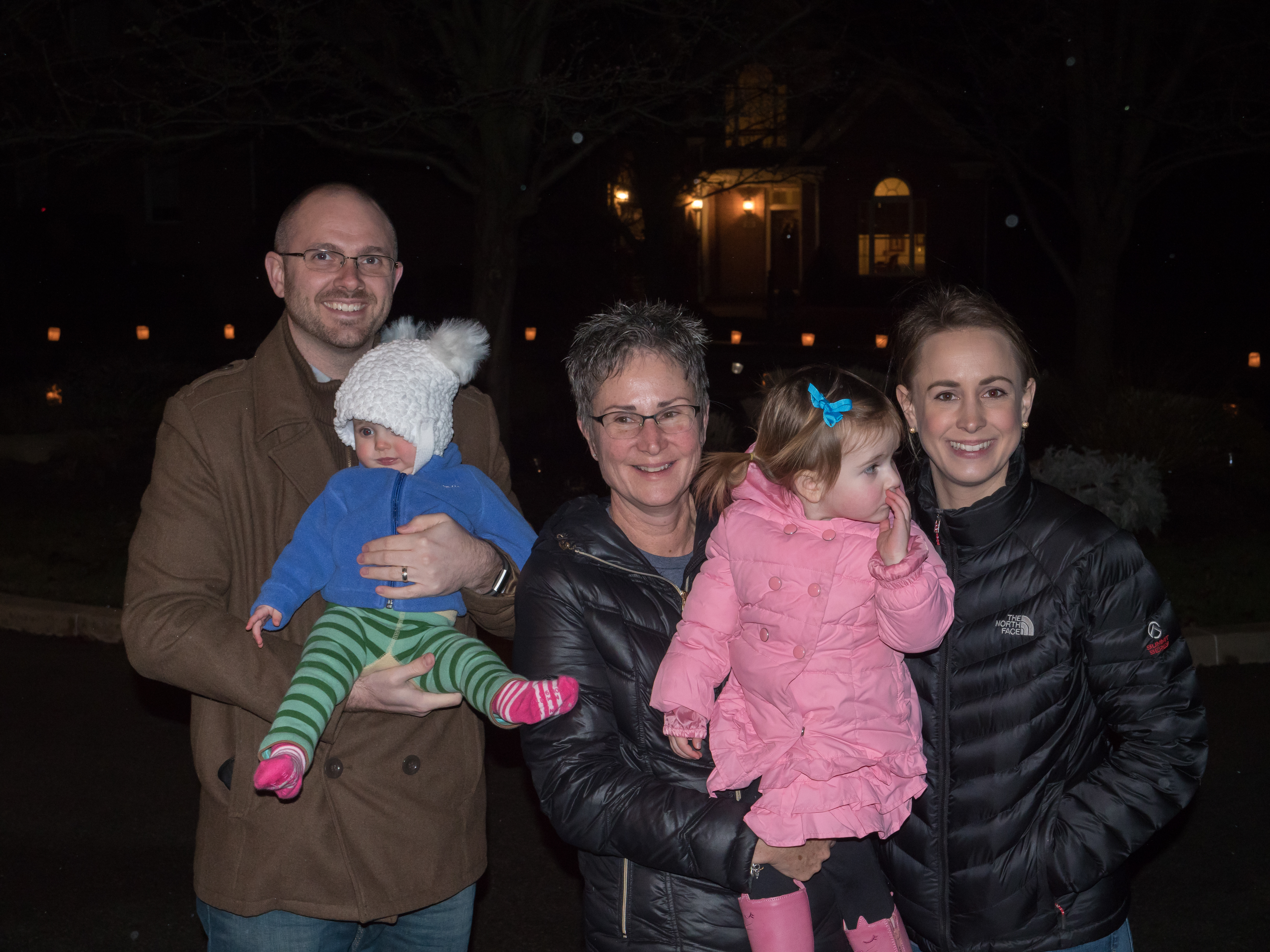 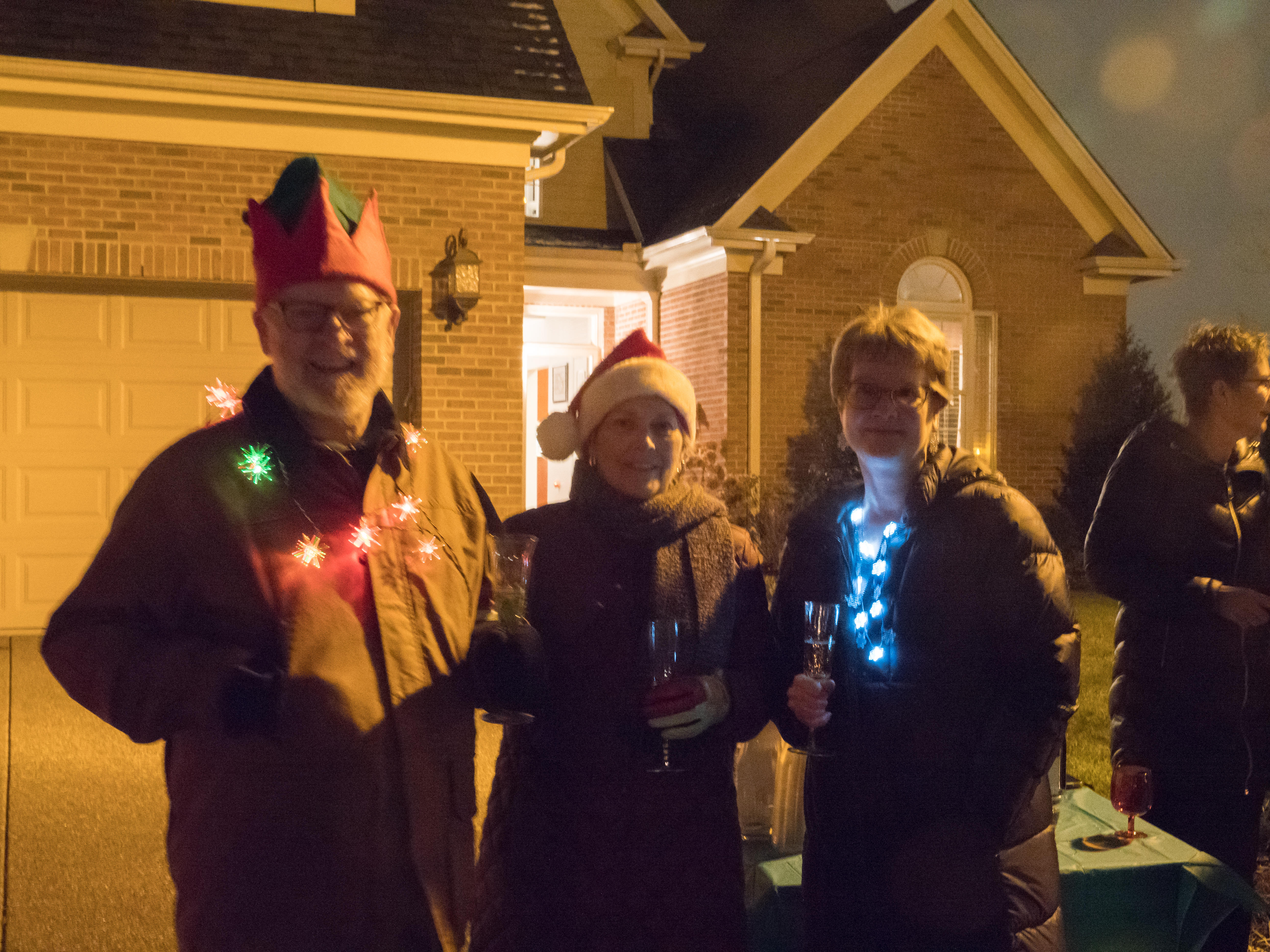