The Mt. Lebanon Marching Blue Devil Band is off to a great start for the 2013-2014 season.  The band members and staff were hard at work with daily rehearsals starting on August 12 at Mellon Middle School, practicing for this year’s pre-game and halftime shows.

In addition to performing at Mt. Lebanon football games, the band has a calendar filled with community and regional appearances. The band marched at the annual Fall Fantasy Parade at Kennywood Park on August 23, in the Upper St. Clair Band Festival on September 7 and in the Germanic Alliance of Pittsburgh Parade on September 14. Don’t miss the band’s appearance at the Mt. Lebanon Recreation Department’s annual Pumpkin Patch Parade down Washington Road (from the cemetery to Washington Elementary) on Saturday, October 26. The kids always have inventive and fun costumes. On Wednesday, October 30, they’ll be in the Bloomfield Halloween Parade. 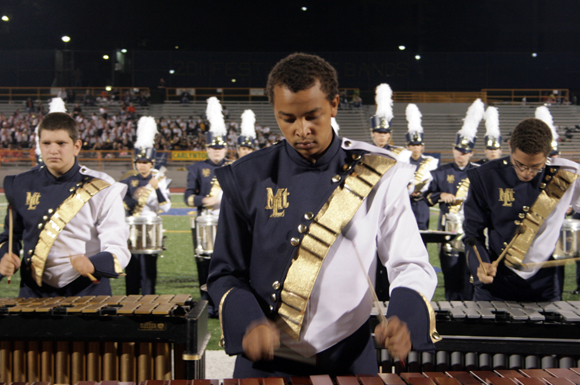 On September 28, the Marching Blue Devils will host the 19th annual Festival of Bands at Mt. Lebanon Stadium at  7 p.m. The show will include many area high school bands, including Brentwood, Carlynton, Brashear, Upper St. Clair, South Allegheny, Carrick, Allderdice and Chartiers Valley. There will be special performances by Westminster College and the Mt. Lebanon Front and Drum Line. Advanced tickets are $6 and may be purchased from any band member or by contacting: chris.needles@needlesfamily.com.

The Mt. Lebanon Band Builders—the show’s sponsors—would like to thank all participants and volunteers who give so much of their time to make the festival a grand success. 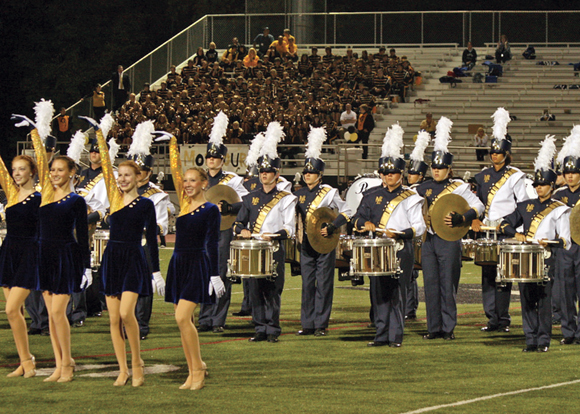 The Mt. Lebanon Band Builders is an organization made up of band and auxiliary parents with a board of directors who help the band organize events and sponsor a wide variety of fundraisers throughout the year. For instance, on August 18, the Band Builders organized a car wash and bake sale that raised nearly $400 for the school district’s band instrument fund, which is used to purchase practice instruments for students who otherwise may not be able to obtain an instrument.

New for this year, you can purchase $50 and $100 Shop ‘n Save and Giant Eagle gift cards (good at any location) from any band member and a portion of the proceeds will automatically be placed in that member’s trip credit account. These funds will help members pay for their trip to Florida this coming February where they will perform at Walt Disney World.

The president of Mt. Lebanon Band Builders is Jill Mandelblatt, and she can be reached at sweetjmnm@gmail.com. The band is under the direction of Louise Marino and Assistant Director Jason Cheskawich.

You can visit www.leboband.com to check on the schedule for the band or find out more about fundraising and donations.

Thanks to Ron for being our guest blogger today to keep us in the loop.