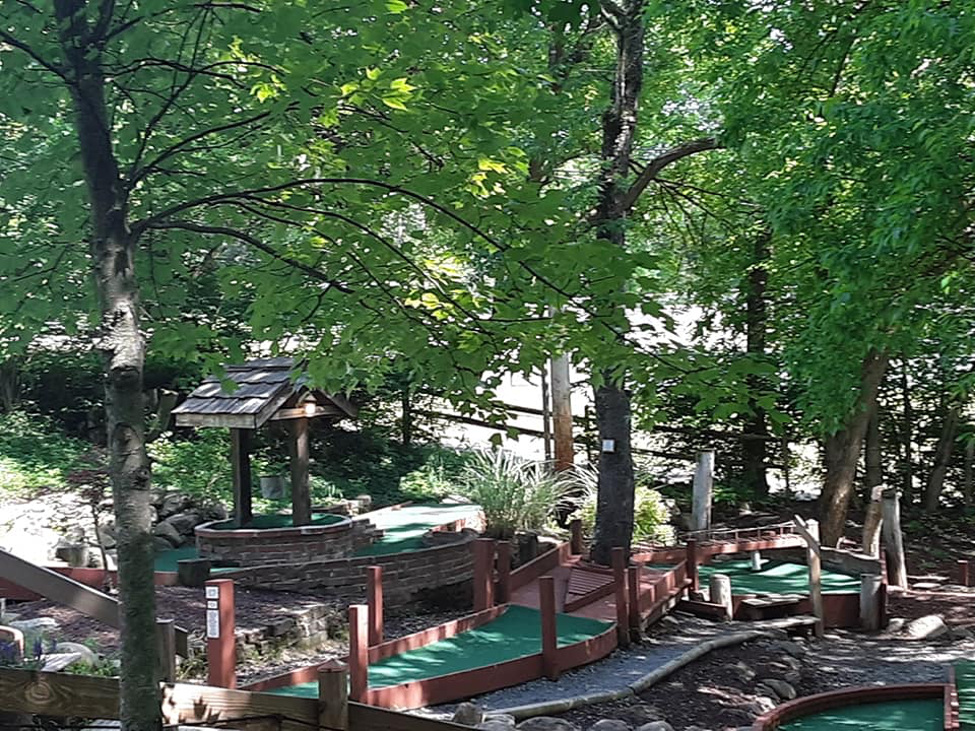 By a stroke of serendipity, I happened upon Opening Day in May at a miniature golf course on Forsythe Road in Carnegie. A huge banner hanging from the snack shop brightly announced the start of another season, and a festive mood prevailed with billowing balloons and decorative lights strung along the split-rail fence that corrals the property.

I had been to this course before, but not on Opening Day, and never after a prolonged pandemic which shuttered most places for months. After the dark winter, how refreshing to see teens, older couples and families with toddlers in tow, clutching putters and balls, lined up to engage in some old-fashioned fun on this whimsical course which is (thankfully) devoid of gaudiness and glitz.

Dating back to the 1940’s, the Forsythe Miniature Golf and Snacks evokes nostalgia, perhaps because it’s from bygone days and has always been family-owned through different generations. Nestled between Carnegie Park on one side and an 1850’s Greek revival house on the other, the entire setting takes me back to an earlier time. 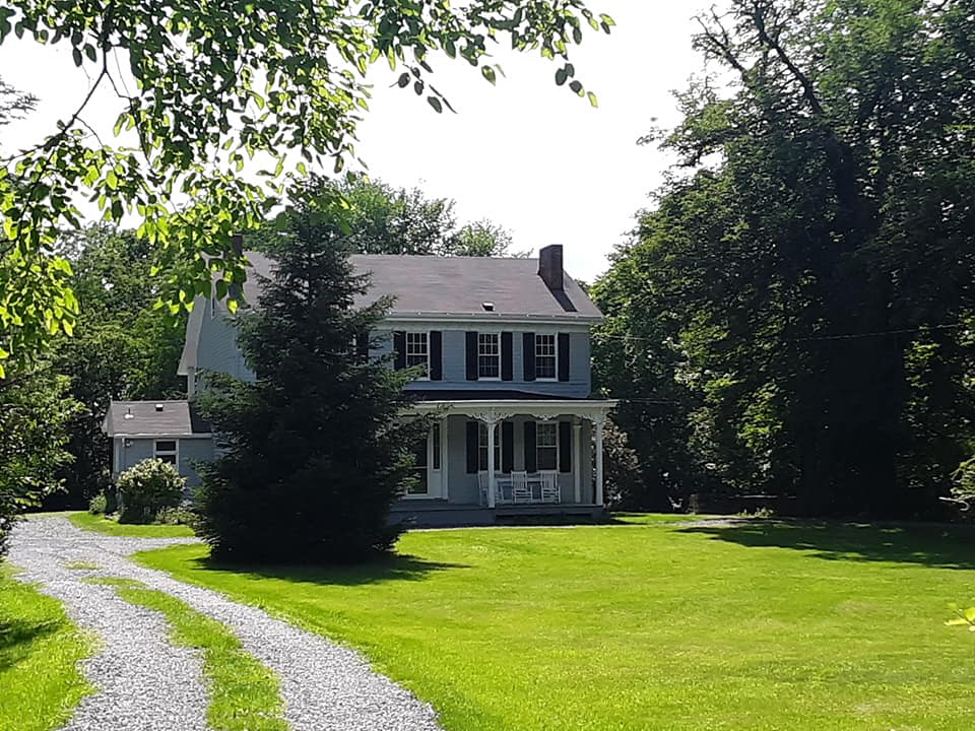 The 1850’s residence, known as the Forsythe House, peeks out from behind a curtain of trees and retreats from the road on a grassy lot. Painted blue, with stately white pillars and neat black shutters, it’s a picturesque abode, reminiscent of the family homestead in a 1970’s TV series, The Waltons. I could easily picture John-Boy on the front porch with Grandma and Grandpa Walton, swinging back and forth on the rocking chairs, gazing at the hills of rural Virginia. Or a barefoot Tom Sawyer in a straw hat and raggedy overalls chasing Becky Thatcher in a hoop skirt around the yard.

The old house contains a lot of history. After the Civil War, it became the property of George B. Forsythe when he purchased it along with 90 acres of surrounding farmland. A Civil War veteran wounded at Spotsylvania, Forsythe became a prominent chicken farmer in Carnegie and lent his name to Forsythe Road.

Almost a century later, the miniature golf course made its debut in 1942. Originally called the Wanda Bell Miniature Golf Course, it was named after George Forsythe’s youngest granddaughter, Wanda Bell Forsythe Clay. Wanda’s parents, Joe and Grace Forsythe, managed the business for many years, although Wanda’s uncle, George Lang, built it. Wanda raised her own children there and lived in the house until her death in 2020, when it was passed down to her descendants.

Aside from its history, quaint and quirky touches like a rustic wooden wishing well make the miniature golf course an object of nostalgia. A waterfall spills over a mound of moss-covered rocks on one hole, emptying into a pond. And a tree stump sporting a silvery, cone-shaped cap—think Tin Man in the Land of Oz—is topped by a weathervane.

The course has the usual obstacles like chutes and hoops and doglegs. Nothing high tech here. But do we really need technical wizardry to amuse ourselves?  Definitely not, judging from the whoops and hollers erupting from players. Kids were tossing coins in the wishing well and splashing each other at the waterfall hole, squealing with laughter. I remember watching The Little Rascals and Our Gang as a child, and those kids never needed technology to have fun.

An added bonus—no players were checking their cell phones while putting. When grasping a ball in one hand and toting a club in the other, that’d be hard to do. (Thumbs up to taking a break from cyberspace!)

When they got hot and tired, weary golfers rested on well-worn benches beneath a shady green bower. With its overhanging branches, a grove of trees encircling the property provided relief in the heat of summer. Red maples, oaks, catalpas and river birches formed an arbored shelter as patches of sunlight crept through the leafy foliage to intermingle with the shadows, painting a radiant picture for observers.

Next to the benches, a face-in-the-hole photo stand invited patrons to pose for a snapshot with a golfer clad in a baggy yellow sweater, short grey pants and blue knee socks—garb worn by jaunty Englishmen from another century.

Above the photo stand, a nifty little snack shop with a gambrel roof beckoned me. Besides the novelty ice cream signs, what caught my eye was the candy and soda pop counter displaying Red Ribbon pop in different flavors—cherry, orange, vanilla—and an array of sugary treats. Lollipops, bubblegum, M&Ms, Smarties, Starbursts, Tootsie Rolls and Pixy Stix. What more could a kid want?

When I was a kid, I bought these same treats in my daily after-school treks to Newsies on Brookline Boulevard, which sold newspapers and comic books, as well as ice cream and candy. Munching on M&Ms or blowing bubblegum while tucking the latest Archie comic book under my arm, I would then head home to watch The Three Stooges on Paul Shannon’s Adventure Time, never fretting about tooth decay or excessive screen time back then.

That day at Forsythe’s, I bypassed the candy counter, opting for a popsicle instead, and retired to a picnic area near the snack shop. Cars whizzed past on the busy road before me, but behind me in the fading light, the lush woods created a peaceful sylvan setting in which to wax nostalgic as the day waned.

Nostalgia benefits the brain, neuroscientists say, according to recent studies. Through an intricate mind-body connection, wistfulness for the past triggers neurons that produce positive sensations and stimulate pleasure. These pleasant feelings can comfort us in times of stress or sorrow. By reflecting on the past, we can also gain perspective to strengthen us in the present.

Next time you feel sad or lonely, try invoking the past and become steeped in nostalgia. Binge on movies from the 60’s, groove to music from the 70’s, or like me, check out a miniature golf course from the 40’s—the one with the antebellum house—and imagine what games Tom and Becky and John-Boy might have played there on summer days long ago.