All right, I admit this was not one of my finer moments.

The other night, I go to unload the bike from the bike rack, when lying in wait for me in the garage is a rogue mouse, apparently with some sort of inner-ear problem. It’s just circling, circling, faster and faster, trying to get away but only getting around. “Gyaaa!!!” I say. “Expletive!!”

Now, I am not totally without courage. I ridiculed some pointy-headed Klan morons in print once or twice; incurred the wrath of an armed robber with alleged mob ties by calling him a woman (actually that one was unintentional—in my world the name Patsy is not a masculine one); went all-in on a 3-7 offsuit and flopped a straight, but I have to tell you, this furry little pinwheel that lurched out from under the recycle bin had my number. 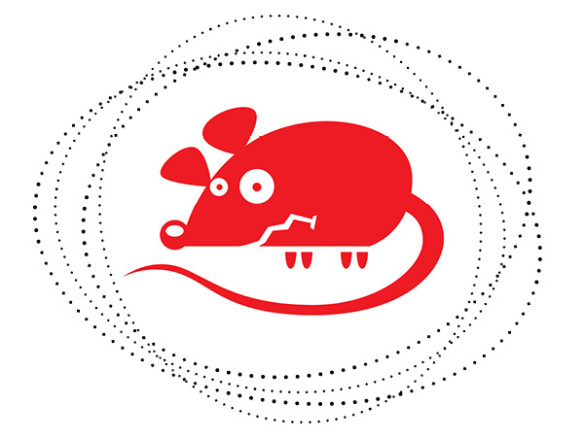 Right then I notice that I have left the door to the basement open, and the mouse’s frantic circles are widening, looping him with drunken certainty into the house. “Drrr!” I go. “Gyaa, spnst! Spnst-tt, MMNNgyaaa!!”

The mouse loops over the threshold and begins tiny-circling even faster in the basement. With a hearty “Dgyeee, exPLETIVE,” I leap into action, grabbing a suitcase and slamming it on top of the mouse. The suitcase, as it turns out, is empty, but there is a larger, heavier suitcase right next to it, which I grab and start pounding with great heaving thrusts on the first case. While I’m doing this, in my head I’m also thinking  (not for the first time) how grateful I am that I don’t have the type of neighbors who go all to pieces just because the noises coming from next door sound like Marcellus Wallace  in the basement in Pulp Fiction.

After a flurry of powerhouse blows, I steel myself to pick up the bloodied rodent carcass, but when I clear away the suitcases, all I have done is cured the mouse’s balance problem, and it flees directly behind a bookcase, where it is now free to plot its revenge.

The Klan, Patsy the Armed Robber, and now they have an inside man. Desperate times indeed.