t’s a safe bet that Indigenous people figure in the pre-history of Mt. Lebanon. But definitive evidence is hard to find. And no one seems to know the story behind our streets that are named after Indigenous tribes.

Some suggest that Washington Road was originally a buffalo track, then an American Indian footpath, a well-traveled dirt road, and finally part of Route 19, which winds from the West Virginia border to Erie. According to one oft-quoted legend, Lavinia “Granny” McKnight, who lived near what’s now the corner of Washington and Bower Hill roads, pacified an “Indian looting party” with fresh-baked bread. Since Lavinia was born in 1815, a time when the local Indigenous presence was negligible, this never-confirmed story mostly serves to buttress the stereotype of Indigenous people as uncivilized savages.

What is indisputable, however, is that America’s first people spent time in our area as far back as 17,000 BC. An archaeological dig at Meadowcroft Rockshelter in the 1970s, just 30 miles southwest of Mt. Lebanon, upended the long-held belief that the Clovis people of New Mexico, whose artifacts date to 9,000 BC, were the continent’s first humans. The Meadowcroft dig first revealed fragments of about the same age as the Clovis. But on July 31, 1976, as noted on the Meadowcroft website, an archaeologist unearthed a lanceolate point (an arrowhead shaped like the top of a lance). The scientists knew immediately that they had something remarkable (and quickly adjourned to a local bar to celebrate); later carbon dating revealed it to be 14,000 years old. Archaeologists later discovered even older artifacts at the site. 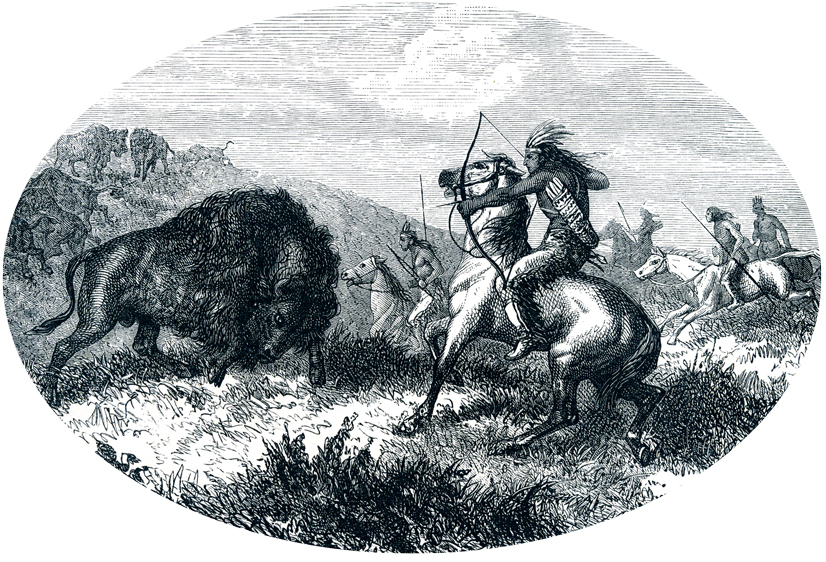 As Ed Simon writes in the book An Alternative History of Pittsburgh, “Not only is the Meadowcroft archaeological site the oldest provable inhabitation in North America, it’s the oldest continuously occupied settlement as well.” (A recent discovery of 22,000-year-old footprints in White Sands National Park in southern New Mexico may challenge that assertion.)

Meadowcroft protected transient hunters, but there’s no record of where they were going. The next known residents were the Monongahela people, who lived in present-day western Pennsylvania, western Maryland, eastern Ohio and West Virginia from about 1050 to 1635 AD. Severe droughts in the late 16th and early 17th centuries, along with warfare among Indigenous tribes seeking hunting grounds, led to death, assimilation and the end of the Monongahela culture.

At this point, Miguel Sagué Jr., a native of Cuba and member of the Indigenous Taíno tribe and longtime Pittsburgher, is an invaluable guide. He’s on the board of Pittsburgh’s Council of Three Rivers American Indian Center, where he has been active since the mid-’70s. Sagué is passionate about sharing the story of our region’s Indigenous ancestors.

Following the extinction of the Monongahelas, wars among the five regional tribes—Seneca, Onondaga, Cuyahoga, Oneida and Mohawk—were constant and bloody. Sometime between 1450 and 1660, Onondaga Chief Hiawatha, who had lost most of his family to the violence, persuaded leaders of the tribes to make peace and form the Iroquois Confederacy, or Haudenosaunee. By 1722, the Tuscarora people joined; the confederacy was also known as the League of Six Nations. This alliance held firm as white settlers began to arrive.

The French were first, coming from the north and trading with Indigenous tribes along French Creek and the Allegheny River. “The French made alliances that lasted a long time,” Sagué said; but the French also allied themselves with the Hurons and Algonquins, the Iroquois’ sworn enemies.

By the time of the French and Indian War (1754-1763), the Confederacy was supporting the British. Sagué clearly thinks they were betting on the wrong horse, at least as it concerns the notorious general Edward Braddock, who is best known for leading his troops into a brutal ambush by the French and allied tribes, including the Ottawas, Ojibwa and Potawatomis. 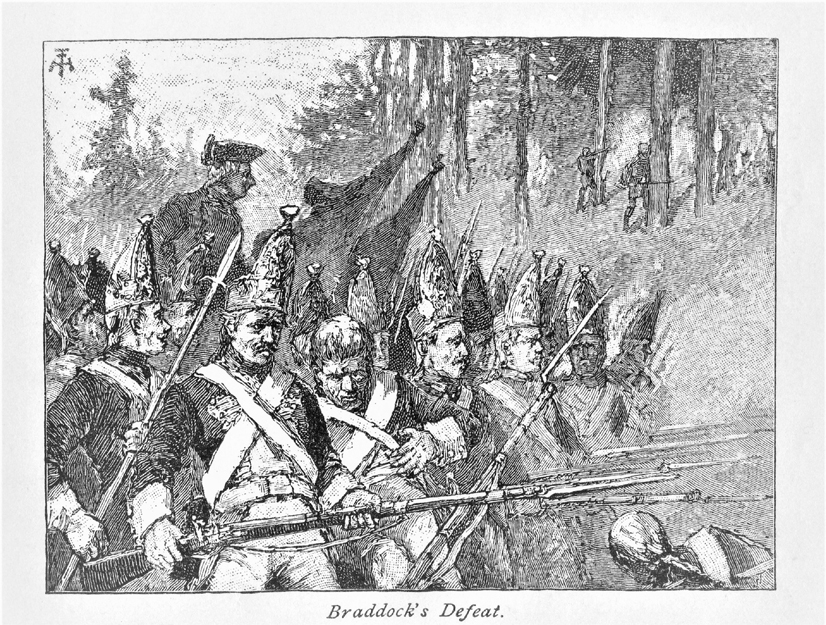 “An arrogant knucklehead,” as Sagué noted, Braddock’s much larger fighting force was en route to the French Fort Duquesne at the forks of the Ohio. Ten miles from the fort, on July 9, 1755, in what is now Braddock, the French and Indians attacked. The Indigenous allies had the advantage of fighting on their hunting ground, while the British had little experience with forest battles.

More than 450 British troops were killed, including Braddock; the French and Indians lost 39 men. In the retelling, Sagué asked the obvious question:

“Why do you name things after a guy who was so inept?”

It gets worse: Bouquet Street in Oakland is named in honor of Henry Bouquet, a British colonel and early innovator in biological warfare, who suggested that natives be given smallpox-infected blankets as a “goodwill gesture.”

Fort Duquesne remained until the French destroyed it as they fled, in advance of British forces led by General John Forbes in 1758. Fort Pitt was built near the abandoned site. The bricks in the ground at Point State Park trace the outline of Fort Duquesne.

As the Revolutionary War began, both the British Loyalists and American colonists attempted to persuade the Iroquois Confederacy to support their side. The confederacy was united at first, but it eventually splintered: the Oneida and Tuscarora fought for the colonists, while the other nations sided with the British.

“The American Revolution was destructive to the Indians,” Sagué noted. When it ended, he added, “it was obvious to the Indians that these (British and Americans) were all the same people.”

The Indigenous peoples scattered: some followed the Loyalists to Upper Canada, while others rejoined their French allies in Quebec. Some were forcibly removed to “Indian country” west of the Mississippi River. Many Senecas made their way to ancestral lands in western and central New York state. Known as the “Keeper of the Western Door,” the Seneca people remain on the Allegany, Cattaraugus and Old Spring territories in western New York.

A small group of Seneca lived in northwestern Pennsylvania until well into the 20th century. In gratitude for his diplomatic service in negotiations with the new American government, war chief Cornplanter was granted 1,500 acres along the Allegheny River, in what is now Warren County, in 1796. Cornplanter then opened the tract to other Senecas; at one time, 400 lived on the land.

By mid-century, however, all Cornplanter’s direct descendants had died, but other Senecas remained in the area, and ancestors were buried there. Federal planners decided they needed to build a dam to alleviate flooding south of the territory, including Pittsburgh. Tribal members protested, going so far as to hire Arthur E. Morgan, former chair of the Tennessee Valley Authority, to design an alternative flood control plan, to no avail. Though the land was given to Cornplanter and the Senecas “forever,” the federal government evicted nearby residents, re-interred ancestors in a New York cemetery, and flooded the land to create the Kinzua Dam in 1965. Ironically, perhaps, the dam was given a Seneca name.

Here at the forks of the Ohio, the University of Pittsburgh, Pittsburgh Irish and Classical Theatre and others have adopted a land acknowledgment statement, which notes that our hometown belonged to others first.

The rock band Portugal. The Man reached out to the Council of Three Rivers American Indian Center and asked them to present a land acknowledgment before their February show at the Petersen Events Center.

Sagué appreciated the gesture and is encouraged by the statements, though he said it can be problematic. The Pitt acknowledgement, on its sustainability website, mentions the Haudenosaunee but not specifically the Seneca.

“It’s something that’s long overdue,” he said, but “the Seneca must take center stage. They had the last reservation in our area.”