Mt. Lebanon fans of craft beer will get a lift out of the news that Hitchhiker Brewing Co. is slated to open here by spring.

Mt. Lebanon resident Gary P. Olden and his wife, Serena, have leased the former Cammie Sin’s Tea Boutique at 190 Castle Shannon Dr., next to Luma, where a notice went in the window at the end of October. The news traveled fast.

The couple — who live on Colonial Drive with sons Brody, 7, and Owen, 4 — applied for the necessary state and federal licenses to brew and plan to start work soon in converting the space into a brewpub, where Mr. Olden says he plans to offer four brews plus rotating seasonal selections. Customers will be able to drink pints on the premises, served with heavy snacks, and take growlers — half-gallon glass jugs — of beer home. While most of the beer brewed on the three-barrel system that’s on order will be sold there, “We also have been talking different restaurant and bars for small amount of distribution as well,” he says. 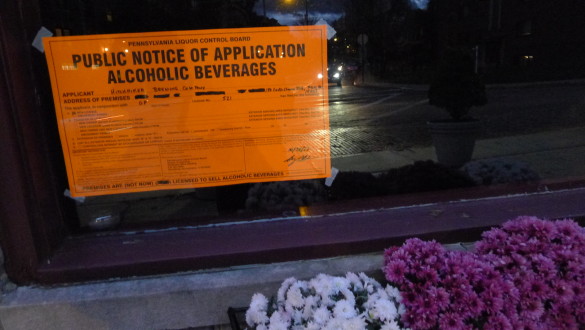 A homebrewer for two years, Mr. Olden’s day job is running a global e-commerce group for a heavy industrial manufacturer. He said that while they scouted several locations for their brewpub, Mt. Lebanon was “at the top of the list,” and he’s found the municipality “has been very supportive and helpful.”

The space isn’t huge — he says when finished, the front should seat about 30 — but they’re also planning seating for 25 or so on the back deck and maybe even some outdoor seating out front. “We’re still in a little bit of the planning stages.”

As buzz about the brewpub spreads around town, he says many people are asking about the Hitchhiker name. He explains that what intrigues him about hitchhikers is that they might be down-on-their-luck vagabonds or well-to-do CEOs, and they might be picked up by a wide range of people as well. He wants the brewpub to appeal to a wide range, too.

“The interesting thing about beer is, it really connects people across different … types of classes, if you will.”

The website, also under construction, is hitchhikerbrewing.com.
Read more of Bob’s blog at the Pittsburgh Post-Gazette: pgplate.com/forks.