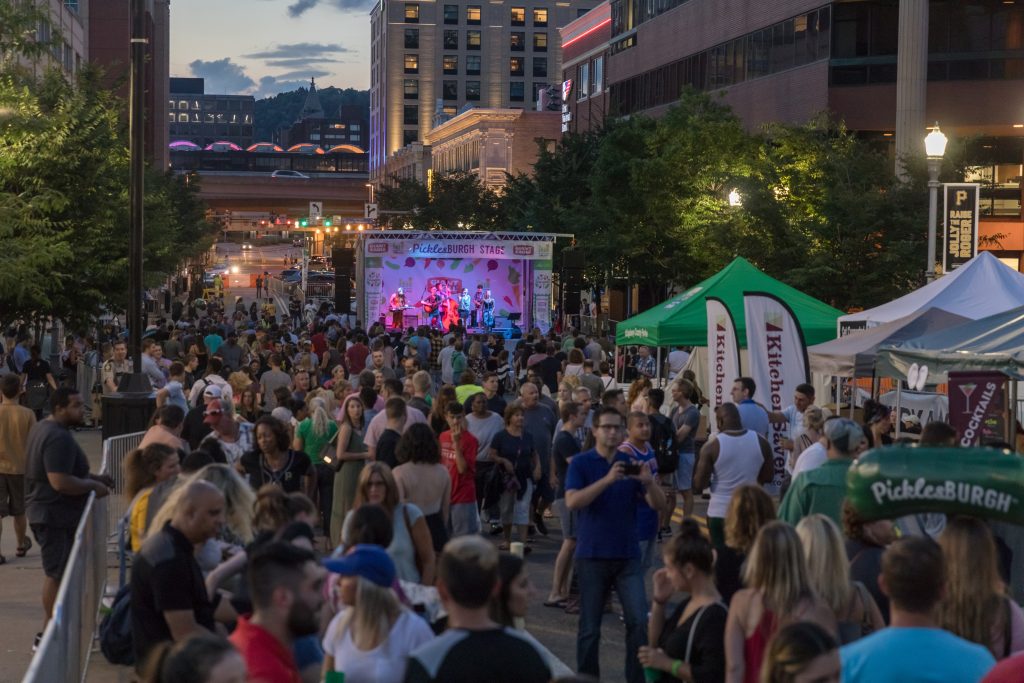 Up until a few years ago, the words “cocktail” and “brine” seemed to me to be as unlikely a pairing as “ballroom dancing” and “meth-crazed weasels.”

Then I met the pickleback. A shot of whiskey chased by a shot of pickle brine.  For those of you who just said “yeeegsch” or some variant, let me tell you, that’s what I said. The pickleback had a lot arguing against it, not least of which that it sounds so much like “Nickelback,” whose music I think is on the Geneva Convention list of things you’re not allowed to subject prisoners to. But then, bewitched by an otherworldly beautiful bartender whom I had not even a remote shot with and I knew that going in (but what the hell), I tried one. And it opened my eyes.

The hot, sweet rush of the whiskey is balanced out immediately by the cool tartness of the pickle juice. As a bonus, the many benefits of drinking pickle juice—antioxidants, gut health, controlling blood sugar levels and more—makes you feel like a healthier person. Almost like an athlete.

According to the website Tasting Table, the pickleback came about, as many key inventions have, as the result of someone trying to cope with a hangover. For example, as we all learned in school, Alexander Graham Bell’s famous first words over the telephone were “Watson! My head’s pounding like the recently invented steam engine! Bring me some of the horse cocaine.”

As legend has it, in 2006 a hungover bartender crawled in for his shift at the Bushwick Country Club (not really a country club) in Brooklyn, and started fighting back by eating some McClure’s dill pickles. A customer came in and ordered a shot of Old Crow and the bartender thought “hmmm.” As simple as that.

If you’re far enough along in your personal cocktail journey to try this concoction, this weekend presents the perfect opportunity. Picklesburgh, the festival that celebrates all the pickled things, runs Friday through Sunday, July 26-28.

Voted the No. 1 Specialty Food Festival in America by the readers of USA Today, Picklesburgh, now in its fifth year, will expand from its original home on the Roberto Clemente Bridge, extending to the riverside lanes of Ft. Duquesne Boulevard, between Stanwix and Seventh streets. Pickle-related food from 34 vendors, including lemon-basil-dill ice cream and chocolate-pickle fudge (again: open mind. Remember the pickleback), pickling and brining demonstrations, music by 18 artists, the Lil Gherkins Activity Area for kids, a weird pickle juice drinking contest which is really about how much liquid you can drain into yourself in the fastest time but the winner gets 500 bucks (so what the hell), and, of course, the legendary pickleback.

As for my own cocktail journey, the next signpost may be just up ahead, as I gleaned this from a restaurant review: “And for drinks? You’ve got to try their Spam Jam, a cheery concoction made with Spam-washed Mezcal, rum with pineapple, passion fruit and lime.”

My immediate reaction, of course, was that someone must have let some meth-crazed weasels loose in the ballroom. But that doesn’t necessarily have to be a bad thing.