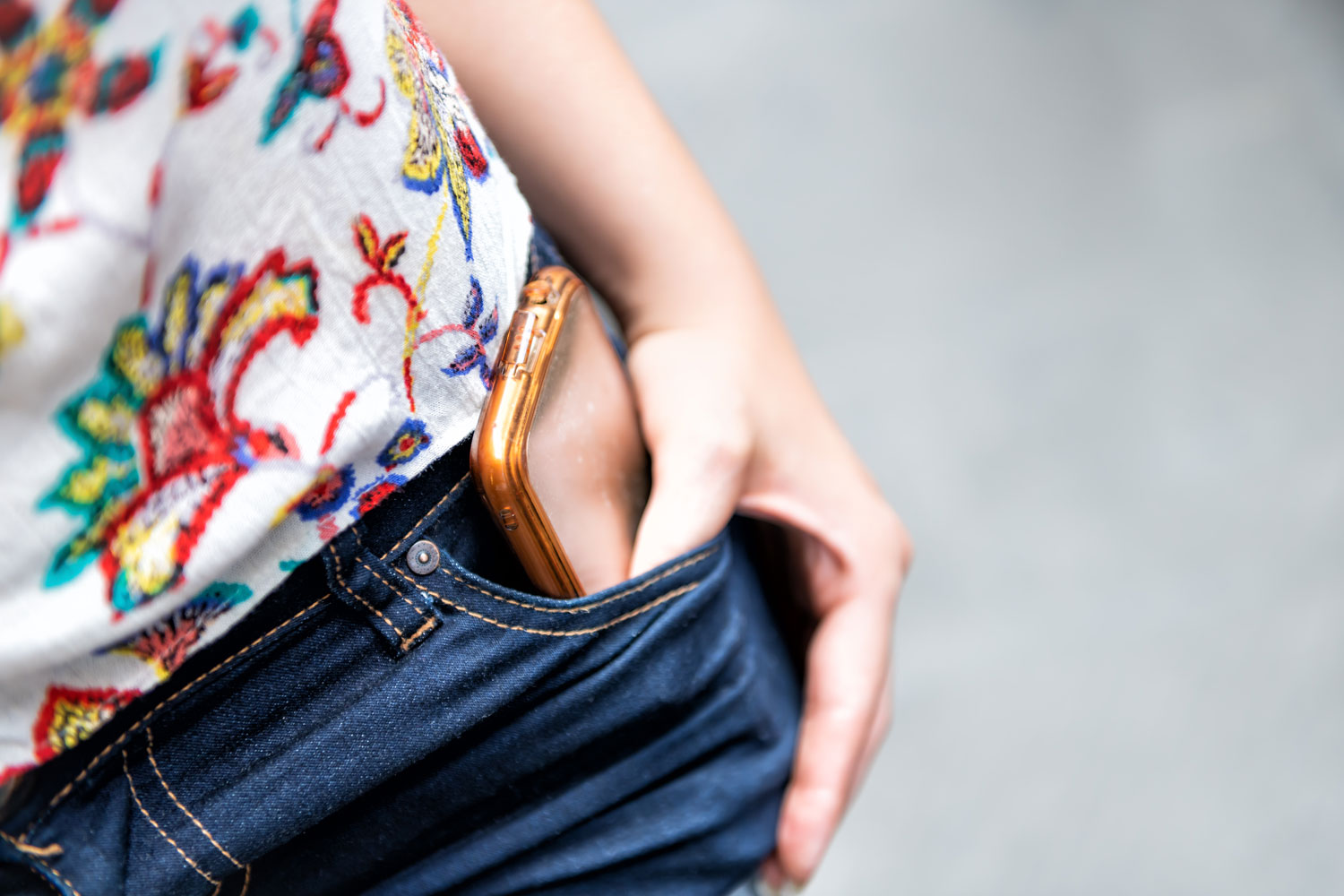 It happened again: my husband and I were at a candle-lit restaurant and he wanted to read the menu, so he pulled out a pair of reading glasses from his jacket pocket, looked over the whole menu, chose his food and put the glasses back.

I wanted to eat, too, so I fumbled with my evening bag, pulled out my cellphone without dislodging the tissue, house keys or lipstick, and turned on the flashlight so I could read.

“Maybe I could borrow your glasses,” I finally sighed. “  I was struggling to hold the cumbersome menu, the cell phone AND the evening bag that didn’t fit on the table.

“Why don’t you carry your glasses,” he said.  “If you know you are going to read something, just bring them with you.”

So I just looked at the menu in the dim light and chose my meal by finding a word or two that I could see in the descriptions which sounded like they could be part of the description of some food that I would eat.

Pockets—or, more specifically, the lack of them—are the bane of my existence.  I don’t have any and I envy the people—for the most part males—who do.  This includes carpenters, artists, housekeepers and magicians, who are all able to keep the necessary tools of their trade at their fingertips because they have pockets.

Years ago I was working on a project and needed a tiny screwdriver to make an adjustment.  I said “I’ll be right back, I have to get a tiny screwdriver,” and no sooner had I turned to run out of the room and down the hall to my oversized purse where I knew I had a screwdriver than the nearest man reached into his shirt pocket and pulled out a tiny screwdriver.  “I always carry this with me,” he said.  “Good job,” I sighed.  “I should get some pockets in my shirts, too.”

I stuff tissues up my sleeves so I can reach them quickly when I have to sneeze.  I can hide my car key in my bra if need be.

My husband can pull tissues out of his pants pocket.

I leave my cell phone all over the place and routinely miss phone calls because my hands are full of other things; my husband has two phones, one in each jacket pocket.

At my daughter’s school, the girls wear lanyards with their school ID and a couple of dollars tucked into a wallet hung around their neck.  They add house keys and car keys to the lanyard as well.

One day, Victoria’s Secret gave out a free PINK lanyard with purchase, and girls mobbed the store.  At a college fair, representatives gave out scores of college lanyards.  A sports camp outfitted my daughter with logo shorts, logo tee shirt, logo socks, logo towel…and logo lanyard.  Later, other sponsors gave the girls more lanyards.  By the end of that weekend, she had five more lanyards.

And the boys?  Not so many lanyards–they have pockets.  Interestingly, I often see their lanyards hanging out of their pockets.  The keys are attached, but they are tucked inside the pants pockets and the logo lanyards are dangling out for all to see, making a style statement as much as they make a declaration of manhood.

Now I know that many of you are thinking that women’s jeans have pockets as well, but as many women know, those pockets are often smaller and thinner than pockets on men’s jeans.  Sometimes we even have fake pockets.  And other women’s clothing doesn’t have pockets at all, which is why there is such big business in women’s purses and such small business in men’s purses.

At the end of many of my evenings out, I come home after having ordered something like the Number 7 dinner (because I can discern a ‘7’ in the dark) and I watch my husband empty his pockets of the cocktail napkins he quickly stashed in order to have a free hand to greet people with, the valet receipts, business cards, after dinner mints and whatnot.  I watch, and I wait until he turns his back or walks away.   Then I steal his after dinner mints because, well… life just isn’t always fair.