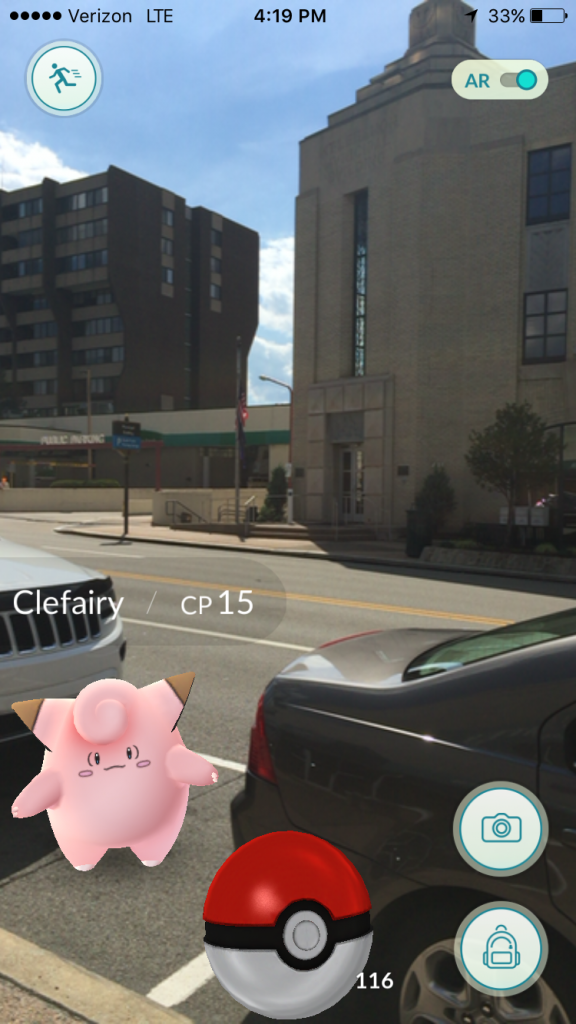 You know that first chapter in Harry Potter and the Sorcerer’s Stone? When Vernon Dursley (who is proud to say he is perfectly normal, thank you very much) wakes up one gray cloudy Tuesday and is perturbed to see that hordes of strange people in cloaks are loitering around the streets of London?

If you visited Uptown Mt. Lebanon at all this weekend, you may have felt a bit like Vernon Dursley. But in this case, rather than seeing members of the wizarding world on the streets celebrating baby Harry Potter’s defeat of Lord Voldemort, you probably noticed nerdy, smartphone-carrying youths and millennials coming out of the comfort of their homes in droves to play a video game—Pokémon™ Go.

I am allowed to call them nerds because I am one of them. My trainer name is TonkaDonk (fondly named after my cat, Tonks), and I am currently a level 13 member of Team Valor. I downloaded the Pokémon Go app on Thursday, and despite all the server issues that plagued Pokémon Go players these first couple of days, it is safe to say that I have become an addict.

For those of you who don’t know what it means to “be the very best,” here is what you may want to know about this fantastic and, quite frankly, revolutionary game:

PokéStops are locations that you have to visit to collect essential items like Pokéballs, revives and potions. When you visit a PokéStop, you collect your items and then you can read more about the location to learn about its significance in the community. Here are some of the PokéStops that I noticed around town this past weekend: 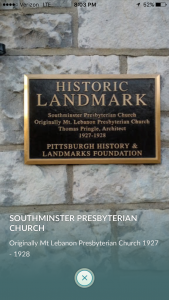 Mt. Lebanon is also home to quite a few Pokémon gyms. Gyms are where players go to battle their Pokémon. It is something that is essential to gameplay, as gym victories (and defeats) play a critical role in leveling up. Here are some of the gyms that I noticed around town this past weekend.

Something to note here is that these locations seem to be chosen at random by Niantic, the software company that developed Pokémon Go. It also does not appear as though there is any way to either add or remove locations at this time. But each of the above locations, especially the gyms, should expect to see increased traffic.

This could be both good and bad for locations that have been chosen. For example, if your business is a PokéStop and you put a lure module on your business, Pokémon fans will flock to your location to take advantage of the fact that Pokémon will be active in your area. Conversely, here is a story about a man who was distraught to find that his home, an old church re-purposed into a house, was designated as a Pokémon gym.

I could give you tips on how to play the game, but that’s what the internet is for. What I would like to do is give you some pointers on how to “catch ‘em all” without causing yourself bodily harm.

The first and most important point I would like to make is that the municipality recently launched a safe streets campaign called Look Up, Lebo that focuses on driver, pedestrian and cyclist safety. I’m sure you see where I’m going with this, but here it is…

LOOK UP, POKÉMON TRAINERS! If you are crossing the road, please, please, PLEASE put your phone down and look up. Even if you are in the process of catching a 2300 CP Blastoise and your friends are already halfway across the street—remain calm, stay put on the sidewalk and catch that mon. Then do a celebratory dance, put the phone down, wait for the next walk signal and cross the street only when you are fully aware of your surroundings. Here’s a good rule of thumb: If you are crossing the street, your phone should be in your purse or pocket.

Pokémon-playing pedestrians should also be wary of criminals who may target distracted victims at designated Pokémon locations. The game has not even been out for a full week yet, but criminals have already figured out that they can place lure modules on remote poké stops to lure players and then rob them of their actual, real-life possessions.

Now for drivers. Listen here: There is no reason why you should be playing Pokémon™ Go and driving. The game is designed to recognize when you are walking, so unless you are driving at 3mph, you won’t find any Pokémon to catch anyway. Now, I will admit that I have played the game in my car while my husband drives, but the trade-off is that I have to manage his account also—try catching two Zubats simultaneously in a moving car—I promise it is easier to just walk and play.

I also need to add that, for Mt. Lebanon Pokémon Go players, it will be tempting to drive around the Pokémon gym that is located on the traffic island across from Giant Eagle until you get a red light and can engage in battle. But please don’t do this. This gym is in such a high-traffic area that it should be approached with caution and not while operating a two-ton motor vehicle.

Finally, we have the cyclists…I feel like this should go without saying. But seriously, just because you can figure out how to ride a bike and play Pokémon Go, doesn’t mean you should.

On a less serious but still important note, you should know that the Pokémon Go app will use up your data plan very quickly if you are not connected to wifi. It even uses data when you are not actively playing the game, unless you remember to physically close the app between sessions.

The final point I would like to make is about common courtesy. The game of Pokémon is highly competitive by nature, which makes you want to play it every second of the day. But there are certain times that you should be respectful and put your phone away. You probably don’t want to lose your job over Pokémon Go, and you probably want to keep most of your friends as well. So just remember to put the real world ahead of augmented reality Pokémon-world, and you should be just fine.

Now go forth, Mt. Lebanon Pokémon trainers! May you travel across the land, searching far and wide, using your Pokémon to defend this world…while being safe and courteous along the way.