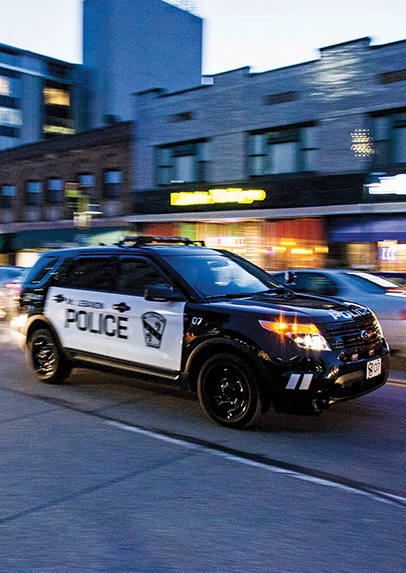 It’s an accomplishment 20 years in the making. The Mt. Lebanon Police Department is now accredited through the Pennsylvania Chiefs of Police Association.

“This is really a big deal around here,” acting Police Chief Jason Haberman said. “It ensures that we maintain a level of professionalism that is recognized industry-wide. Our officers do hold their heads high. This is an accomplishment for the entire department.”

Mt. Lebanon is one of only a handful of police departments in Western Pennsylvania to achieve this distinction. Out of 1,100 eligible agencies statewide, roughly 150 departments are currently accredited. Most are in the eastern part of the state.

“Accreditation is a progressive and time-proven way of helping institutions evaluate and improve their overall performance,” according to the organization’s website.

For two decades, Mt. Lebanon police have explored the daunting task. Over the last two years, the department underwent a major update of all policies and procedures, which are now published online for public viewing at mtlebanonpd.org. During that process, they ensured that the policies met accreditation standards—or industry best practices.

“Everyone that came before us laid the groundwork for this,” Haberman said. “The level of professionalism that was laid before us led to this.”

The process for accreditation is immense.

First, the department had to prove that its policies and procedures aligned with the accreditation standards, Kite said. Then, it had to prove that officers are adhering to those practices on the job, using incident reports and other documentation from a one-year timespan as proof. There are more than 300 areas where they had to prove they met the requirements.

An accreditation team reviews all the documentation and does a site visit to ensure the department is doing what they say they’re doing.

The review covered everything from use-of-force policies to evidence storage.

“They looked at our facilities … They ensured that officers have the appropriate training for the equipment they’re using, that investigations are followed up on correctly,” Kite said.

Kite and Haberman traveled to Harrisburg at the end of October to receive the proclamation of accreditation on behalf of the department. The two reiterated that everyone in the department played a major role in this accomplishment.

To maintain the accreditation, the department must continue to prove that it’s meeting the standards annually, with in-person assessments occurring every three years.

“You don’t just get a trophy and hang it on your wall and you’re done with it,” Kite said. “This is an ongoing process.”