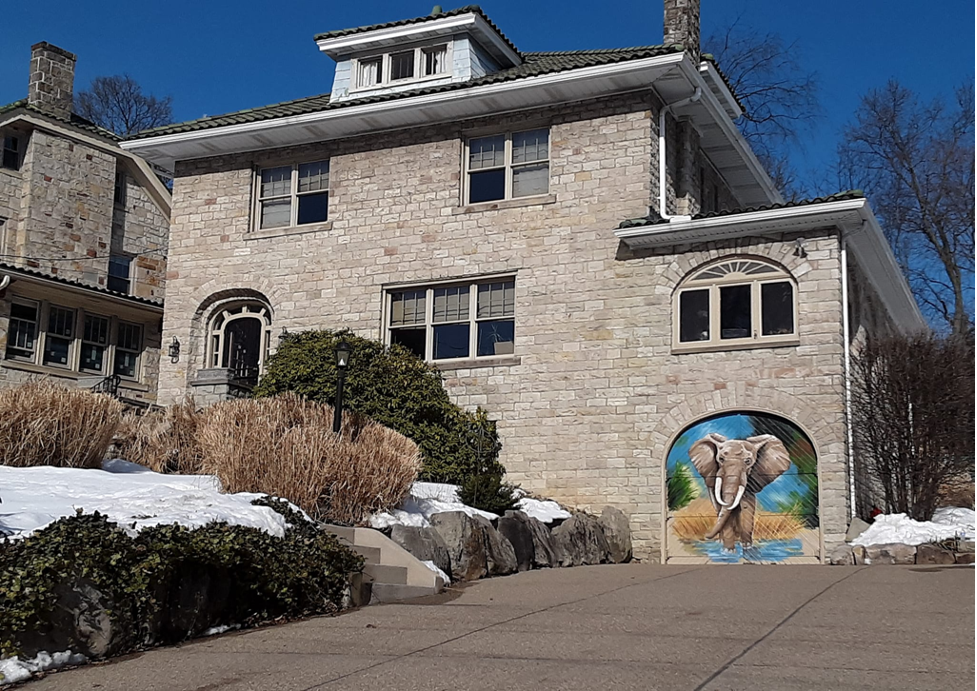 You’d expect to see a wild elephant on an African safari, but not on a suburban street. Yet there it was, painted on the garage door of a cream-colored, stately stone house on Washington Road. An astounding mural of an elephant.

Colored in soft gray, the imposing elephant with long white tusks emerges from a golden savanna, set against a pure blue sky—frozen in time, yet strangely in motion. Aside from its beauty, what makes the mural so compelling is the sheer surprise of seeing such a mighty creature from the wilderness in a sedate setting like suburbia.

The colors are so vivid, the subject so exotic, I gasped the first time I saw it. Dignified and proud, the elephant stomps away from the tall grass, oblivious to all surroundings, especially since it is now in Mt. Lebanon and not on the Serengeti Plains.

Ron and Andrea Freeborough, the couple who live in the house with the elephant mural, are not big-game hunters, nor have they ever been on a safari. But for years they have cultivated a passion for elephants.

“We love the creatures,” says Ron. “We have a deep admiration for them.”

Their passion began in the 1970s after a friend of theirs from India gave them several carved elephant figures. They started to collect elephant knickknacks and pictures of elephants, harboring a dream of painting an elephant on the garage door of their residence, where they have lived since 1988.

Two years ago, that dream came true, thanks to muralist Lynne Mack, a self-taught artist who has been painting murals in and around the Pittsburgh area for the past 39 years. Originally from Mt. Oliver, Lynne lives in Jefferson Hills and has her own business, Decorative Paintings by Lynne. 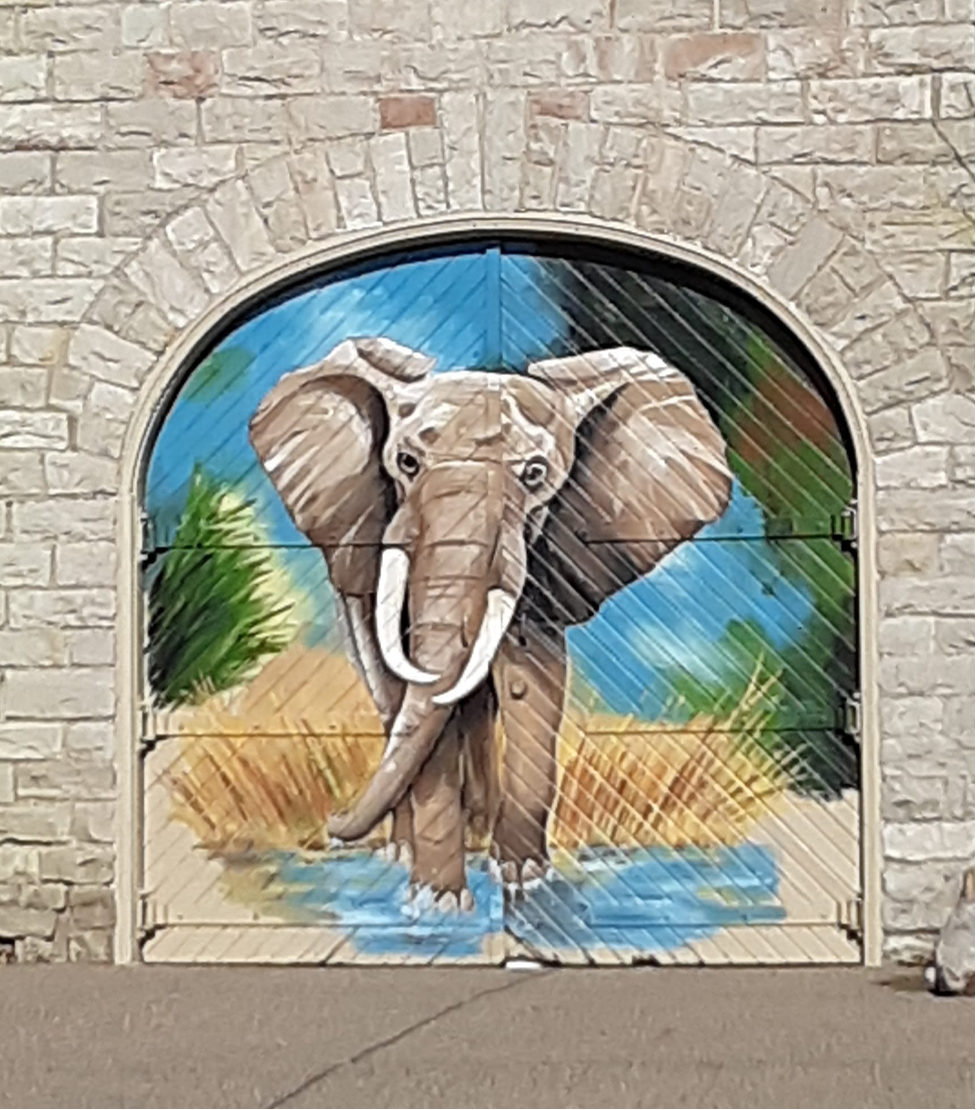 For the elephant mural, the Freeboroughs gave Lynne carte blanche after they selected the portrait of the elephant they wanted from several examples. She does her best work when she has maximum artistic freedom.

“I paint almost every day,” Lynne said. “When I am not painting, I am thinking about painting.”

Lynne completed the elephant on July 27, 2020—another work in a long line of hand-painted wall murals she has done for nurseries, playrooms, game rooms, libraries, restaurants, churches, and obviously, garage doors. It’s clear that Lynne’s love of painting and the Freeboroughs’ love of elephants combined to make a masterpiece.

Ron remarked that people have complimented him about the elephant mural. A candidate running for office once knocked on Ron’s front door, telling him, “You’ve got the best-looking garage door in Mt. Lebanon.”

And one summer day, a grandmother driving by with grandchildren in tow was stopped at the traffic light on the corner near Ron’s house. Seeing Ron outside in his yard, she called out to him from her car, saying her grandkids always begged her to ride by his house “so we can see the elephant.”

The grandkids know. The elephant is a thing of beauty, eye-catching, captivating. The mural adds charm to the neighborhood, gives pleasure to passersby, and captures our imagination by invoking visions of fantastic beasts in faraway places.

We can’t all trek to Africa to observe a real herd of elephants, but we can saunter down Washington Road to see the next best thing.