I swear I was not born with the competitive gene, though I always played sports. On the JV badminton and volleyball teams I was a steady player, but the only spike I cared about was Spike Lee. As an adult, I like to exercise as hard as I can, but not to be better than the lady next to me, but to fit into my pants. So it was with much surprise to me and my family that I morphed into a foaming-at-the-mouth crazy when my children began competitive swimming. The fact that I have no idea of the terminology or rules does not help matters.

All three of our girls joined the summer swim team, aptly named the Piranhas, for this is what I have become. I went from a gentle, supportive starfish, proud of my kids’ natural abilities to a gnashing deadly fish out of water. I mean that literally: if you have not been involved in official swimming before, it is like an alien subculture, so any anxiety about your child’s performance is tripled because you have no idea what’s going on anyway. Kudos to the folks who try to explain this strange language on the team website. Bless the patient coordinators who repeatedly explain to me this notion of “heats” and who swims where and when and why and then how it all relates to the color of the ribbon received. Gentle reader, if you scan this writing with a thought bubble filled with DUH! I don’t blame you. Like Forrest Gump said, “I’m not a smart man Jenny.” And I’m not even a man. 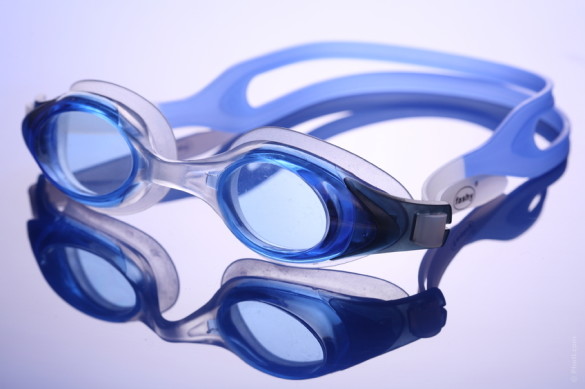 Anyway, I love the excitement of a swim meet even if I over-cheer. I routinely tell them that every drop of water is a metaphor for the dollars that add up to the scholarship I expect from them. When my 7-year-old came in NOT LAST (that’s all I can refer to it as, because to me she was third, but not really because there were 56 subsequent heats or meets or beats or something so it didn’t count), I yelled “AWW YEAAHHHH!!” as if an Olympic medal would soon be draped over her head . My husband (who actually is competitive and was a talented football player) had to pull me aside and explain that I had to curb my enthusiasm. I get it, I mean it’s a small town; certainly I don’t want to be the crazy lady who makes other kids cry. I’m just new to this whole team sports thing.

All of this confusion and celebration merged into an ugly cluster at one point. The aforementioned 7-year-old was about to swim in her first relay. I do not know if the mechanics were or were not explained, but whoever invented the relay–the ancient Greeks I suppose–should’ve written into the rules that parents need to shut the front door prior to the whistle. As my little girl was lined up in a row of other little girls facing another row of little girls across the other side of the pool, I crouched under the lifeguard chair and yelled “Go Violet! Good Luck!” at the exact moment the buzzer buzzed and all little girls ACROSS the pool dove in as well as my kid, as her teammates, coaches, and family screamed “No Violet! It’s not your turn yet!!” She was halfway across the pool when she realized it and had to swim back. In some incredible stroke of luck (pun definitely not intended), she was not embarrassed or upset. The coaches, all of whom are truly lovely, insisted it was all for fun and no worries.

Unfortunately, the mouth-foamer here was very upset that Violet didn’t know to wait until the other girls reached her before she jumped in to relieve them. I was about to ream the closest person when my husband plucked me back and shooed me away. It was then that I realized even if the teenaged coach forgot to explain or did and my kid zoned out, I am certain that my overenthusiastic thumbs up prompted her to prematurely jump in. To make matters even more confusing, she was immediately given a pink ribbon that said “heat winner” on it, the first among her other gold “participant” ribbons. Did they give this to her as a consolation for having a crazy mother? Despite her error, DID their heat win the heat or relay or was it all of the relays and heats together that they collectively won? I may never know. I had to promise my husband I would meditate or drink before matches to remain calm. In the meantime, I’ll start reading up on the rules. Because at this rate, I just can’t take the heat.