Tomorrow, you can get early tastes of the beers of Colonial Drive resident Gary Olden, who with his wife, Serena, is opening Hitchhiker Brewing in Mt. Lebanon next year. He’s bringing a couple of brews to Craft Beer Night at Koolkat Designs at 691 Washington Road, Uptown.

From 6 to 9 p.m. that night, as part of the store’s beer-themed open-house event, Mr. Olden will pour samples from two 5-gallon kegs. One will be a West Coast-style India pale ale. “It’s a little on the dry side and it’s pretty hoppy,” he says. “It was dry-hopped with Columbus [hops]” that impart “a little citrusy/grapefruit nose and taste.”

The other keg will dispense a black IPA that was dry-hopped with Cascade hops and is “not quite as hoppy.” Interestingly, he brewed that with black sugar, an unrefined Asian sugar that adds notes of molasses. 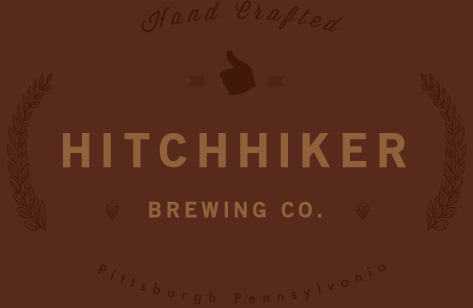 For holiday shoppers the store will present several local artisans and their oft beery wares, including Patty Boss, who makes bottle openers, drink charms and bottle stoppers; Samantha Bower, who makes tile coasters; Kate Wagle Hitmar and her Pub Sweaters (for your bottle) and Ken Wagle and his beer-tap Santa carvings; Kirsten Lowe-Rebel with prints of her pen-and-ink drawings of local brewpubs and whiskey and gin bottles; and Julia Staudt, with beer bottle cap Christmas tree ornaments and beer can ornaments and airplanes. Local photographer and woodworker Karen Sturgeon will be taking orders for her oak beer six-pack caddies. 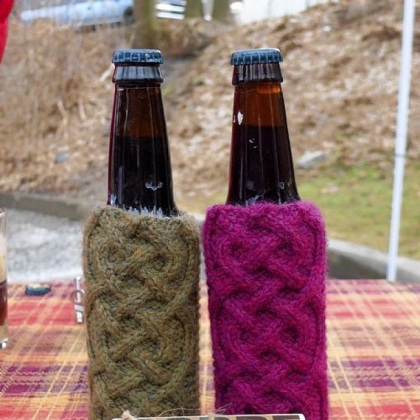 Meanwhile, over at the space that will be Hitchhiker Brewing Co. on Castle Shannon Boulevard, Mr. Olden says, “Everything’s going smoothly and on schedule.” They’ve already got a good bit of demolition done on the former Cammie Sin’s Tea Boutique and are finalizing the architectural renderings for the new space, which is to open as a brewpub in the spring. It probably will serve an IPA of some kind, among other brews, but Mr. Olden doesn’t know yet if it will be this recipe or what the name might be.

(In other local beer news, tickets have gone on sale (for $30 and $50) for Mt. Lebanon Public Library’s fourth-annual fundraiser, Brews for a Chili Night, from 6 to 8:30 p.m. Saturday, Feb. 1 — mtlebanonlibrary.org).