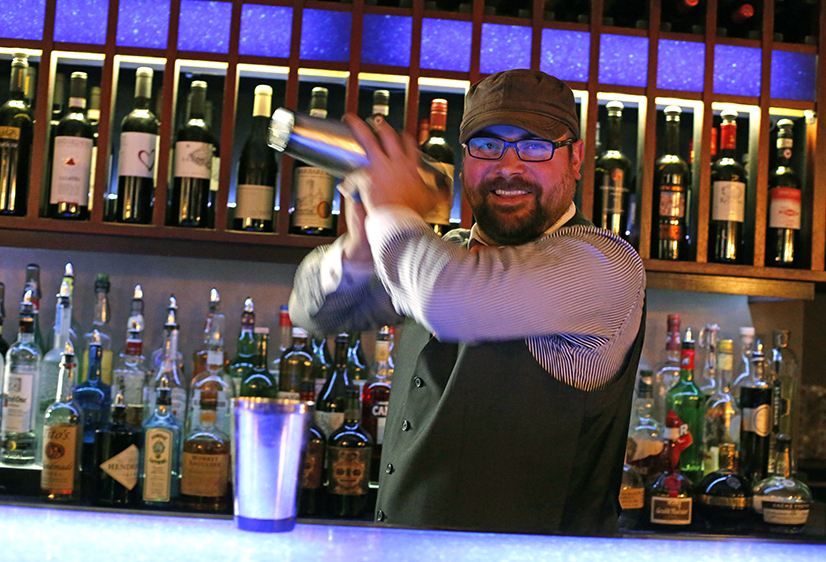 Spencer Warren is the elder statesman of Pittsburgh’s craft cocktail movement. He remembers how and why it began, and has mentored dozens of barkeeps to uphold the tradition he helped start.

For the uninitiated, The Barman’s Journal compares the movement to the artisan food movement and describes a craft cocktail in this way: “Every element is handmade and tailored specifically to the drink…. “custom glassware, poured over custom ice cubes, with house-made syrups and a dash of small batch bitters.”  Of course craft cocktails have fascinating names and steeper prices that the generic “highballs” of generations past.

Warren, 38, a Mt. Lebanon native, has owned several well-known cocktail bars and has developed cocktail menus for some of the city’s most acclaimed restaurants. He has high standards for his trade, which extends beyond simply making a drink. “You can teach anyone to make a drink,” Warren says. “You can’t teach them to bartend… but you have to know how to act. There’s a different level of bartenders now.”

“I think he’s extremely inspiring and knowledgeable,” says Nicole Battle, another well-known bartender in Pittsburgh. “He’s one of the few bartenders in the city who can back up his ego. I mean that in the best way.” 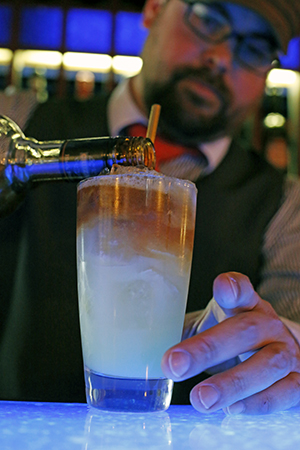 Warren began his bartending career at Papa J’s Ristorante in Carnegie in 1997. He attended Vanderbilt University for a year before transferring to Bucknell, where he often tended bar at university parties. That’s where he began experimenting with his drinks.

He moved back to Pittsburgh in 2002. Back then, with exception of a few places like Lava Lounge on the South Side and Bossa Nova, downtown, “Cocktail scene, there wasn’t too much at that point,” Warren says. “There were a lot of beer bars.”

Warren saw the opportunity. He opened the Firehouse Lounge and later, Embury, in the Strip District. People were skeptical at first, but he had faith that introducing Pittsburghers to cocktails with better ingredients would work. And it did. He, along with Fred Sarkis, who kept bar at Embury, revolutionized the city’s drink menus.

Embury became especially popular among bartenders in the city, who found it a radically different experience from the bars where they worked.  “They would ask how we do that,” Warren says. “They would learn as customers first.”

Embury would remain a “classroom” for barkeeps until it closed in 2011. Since then, Warren has remained an important figure in the western Pennsylvania service industry. In 2011, he helped found the local chapter of the United States Bartenders’ Guild, which provides educational opportunities for barkeeps in Pittsburgh.

And he has been recognized nationally for his cocktails. At the 2015 Tales of the Cocktail, an annual event that brings the nation’s best bartenders together in New Orleans, he won the Official Cocktail competition, which had more than 200 entries, for his Desert Lily frozen daiquiri.

“His flavors are both classic and relevant—offering up new inspiration to the next generation of drink makers,” said Jason Kosmas, co-founder of the distiller that produces the rum used in the drink, on the event’s website.

Warren’s parents, Elaine and Jim, always knew Spencer had a discerning palate.  “He just has a super taste,” says Elaine. “When he drinks something, he can really taste it. He’ll say it has this in it or that in it.”

Thanks to the lessons he took from starting Embury, Warren has helped shape exotic drink menus at several restaurants in downtown Pittsburgh.  Butcher & the Rye features unique cocktails such as El Presidente, Bees Knees, Yuzu Sour and Trouble Royale in the $10-$12 range, for example.

“It’s a weird family tree to watch how many places have sprung from Embury,” Warren says. “There’s Meat & Potatoes, Tavern 1947 and Butcher.”

Currently, Warren holds Pop-up Embury nights at various bars, and picks up shifts at different places where he’s needed. He says he’s thought of opening a bar in Mt. Lebanon.

“Mt. Lebanon shaped my work ethic,” he said. “I like the restaurant scene. I definitely think there could be more of a craft cocktail scene.

He has looked at several spaces but hasn’t found the right one yet. But he’s not giving up. “Anyone would have to be dedicated to it for it to work,” he says. “But I think it could. The South Hills supports local restaurants.”

Here’s Warren’s recipe for his prize-winning daiquiri, as shared on the Tales of the Cocktail website:

Add all ingredients into a blender with ice and blend until a frozen slushy. If using a large machine, add water instead of ice for freezing.

Top with an Amarena Fabbri Cherry.